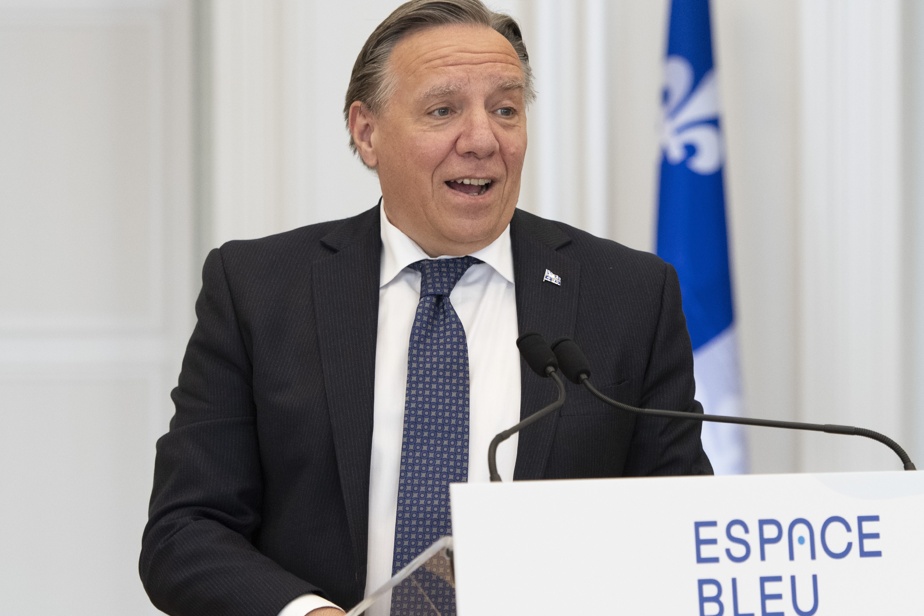 (Quebec) The odyssey in the blue spaces has just begun when the bill is already skyrocketing, while everything remains to be done.

And no one in the government will dare to predict how much this mega-project of a network of places of regional culture will cost, a new initiative, dear to Prime Minister François Legault, and whose formula has yet to be defined, one year after its launch.

When the project was announced on June 10, 2021, the network of 18 Blue Spaces across Quebec was to cost $ 259 million. Today, at the Ministry of Culture, it is estimated at around 300 million, while the project remains in its embryonic state.

One year later, an artistic indeterminacy surrounds this cultural project, with poorly defined outlines, of which no one wants to specify the exact nature and above all not the final cost. Blue Spaces appears to have a blank check.

Setting the total bill amount for Blue Spaces would be “pure fiction,” admits the project supervisor, the director of the Museum of Civilization, Stéphan La Roche, in a recent telephone interview with The Canadian Press, with a view to taking stock of the project. year after the launch of the project. He admits that he is “unable to answer this question”.

Since the initial announcement, the government has refused to say when visitors will have access to the entire network of these cultural sites dedicated to the history of the regions and the specific identity of each. Today there is a risk of anticipating the year 2026, therefore at the end of the next mandate. “This is our hope and our ambition”, Mr. La Roche cautiously summarizes, but he makes no commitment regarding deadlines.

And what is the progress of the works, one year after the launch of the Blue Spaces project?

None are open to the public yet. Of the total of 18 promised new cultural sites (17 Blue Spaces in the regions, plus the headquarters in Quebec), there are currently only three projects: Quebec, Percé and Amos, which is in the plans and specs. A quarter should start shortly in Baie-Saint-Paul.

Elsewhere, that is, in the vast majority of Quebec regions, everything remains to be done: prospecting and choosing sites, acquiring historic buildings, renovating according to the rules for this type of building, developing places, etc. The first Espace bleu is expected to open its doors to visitors, in principle, in the summer of 2023, in Percé.

It is not yet clear what will be the management method and the operating budget of these state-funded quasi-museums. According to La Roche, it is still “too early” to give a figure on the operating budget granted. “The management model is currently being defined”, indicates the Ministry of Culture for its part, in response to a request for information on the subject.

One thing is certain, the discovery of the places will not be free. As in museums, visitors will need to purchase an entrance ticket. The amount remains to be defined. The Blue Spaces must therefore have autonomous entrances, the importance of which also remains to be clarified.

Let’s say we want these new cultural venues not to compete with the existing regional museums, acting in “complementarity” with the latter, through a different offer. From the start, the Society of Quebec Museums had expressed fears, arguing that Blue Spaces should not be set up in cities where a regional museum already existed.

In terms of content to offer to visitors, the formula is still in progress, the concept remains to be refined. Mr. La Roche assures us that we will prefer the tailor made, as opposed to the “wall to wall”. Each Blue Space will therefore have its own style, its own personality, consistent with that of its locality. We also want to develop an “immersive, participatory” style, with permanent and temporary exhibitions.

To avoid missteps, we are committed to working with the community, with local authorities, to ensure that the content faithfully reflects the identity of the region. A scientific committee will assist Quebec in selecting key events and identifying the region’s “builders” whose businesses, businessmen, artists, sportsmen and others, who will make up the bulk of the content on offer to the public, will be celebrated.

Mr. La Roche promises that these cultural places will not only serve to arouse regional pride and that dark episodes of local history, such as controversial personalities and more difficult topics, “will not be evacuated.” There is no political interference in the content to be presented, he assures him.

“It’s all in the discussion” of the topic, explains Mr. La Roche, who describes the future network as the “greatest cultural development project of the last 40 years”.

When he made the announcement, Premier Legault clearly stated that he wanted to make the Espaces bleus network places where we would celebrate “the pride of being a Quebecer”, not places where we remember the darkest moments of local history and the lesser characters. glorious that have marked their time.

Mr. Legalult added that he wanted to make them “popular” places, which were not “boring” or “dusty” and above all not reserved “for a small elite”.

In these new genre museums there should also be a multifunctional hall, an administrative office and a cafeteria, where local products will be exhibited.