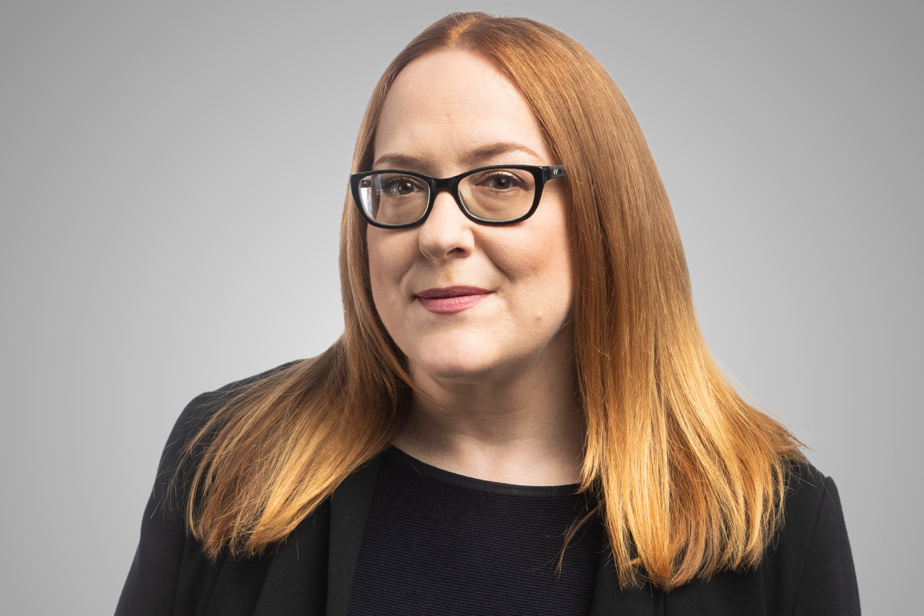 The penetrating gaze of Greta Thunberg, the raised fist of Jane Fonda in front of the Washington Capitol, a damaged house in Gaspésie, a Chicago man who works in a delicate position on family jewels (photo titled the weak point of man), Carey Price in the solitude of his helmet on the ice of the Bell Center …

Visiting My America, the new exhibition of photographs by Jean-René Dufort presented at the Center d’art Diane-Dufresne, in Repentigny, there is a small contrast between the humor of the texts and the mostly very serious subjects of the accompanying photos. The editorial spirit ofInfoman he is never far from the boy, and Jean-René Dufort explains to me that his passion for photography, which was his first job when he was a student before it became a hobby, helps him a lot in testing the waters for his television reports. . “He has always helped Me in everything,” he says. When I leave for Infoman somewhere I always try to take a few hours to go and photograph, because I find that the observer comes before the clown. If I haven’t “sized” the place and what people are like, it is hard to know how far I can go later. ”

My America was designed to complement the superb exhibit The fiery cowboys already underway at the Center d’art Diane-Dufresne – it’s worth treating yourself to this two for one in one visit. Jean-René Dufort finds that the group he has given us America cries it is very North American, because it shares its cultural codes. He is very fond of Elvis Gratton’s famous tirade about the troubled identity of the Quebecers, these “Canadians-Americans-Quebecers-French-speakers of North America”, etc.

“This piece ofElvis Gratton always made me laugh. In all of these identities, the only identity we are certain of is that we are North Americans. Everyone agrees on this. I thought it was an interesting base to start digging into the photo box. ”

Thus, Jean-René Dufort selected about forty photos taken in at least two decades, which adorn the walls of the art center. They are all black and white, which is his “religion” as a photographer, he admits. “I don’t know why, I find that black and white adds nobility to the photos. If you pose for a portrait in color, that’s fine, but in black and white, all of a sudden, you look like a great theater actor! ”

The dramatic effect is undeniable, it’s true. “Even the” milk “ becomes beautiful, ”he observes.

There is a beautiful decrepitude in America, I think. It’s a little side of the Wild West, with abandoned houses, stuff running around. I was in Alberta recently, and there is a town where they made a 42 foot tall giant sausage. But why ? It is only in America that we do this. No one in Europe would think of making a 42 foot tall sausage …

Since you travel and put your photographer’s eye everywhere, how have you seen this America evolve? “I really like Claude Poirier’s phrase that says: it goes as it goes. I think America is doing the way it did. As wrong as it is, how wonderful it is. At the same time, and this is the paradox, what I find most photogenic in a big city are its slums, its graffiti, its itinerants. Touch my side Infoman, in the sense that the worse it goes the more there is one side of me that is happy, the one that makes a show, but on the other side the citizen I am is unhappy. ”

Like in the Cowboys Fringants song, does America have something to cry about? “Yes, but that’s the way it is strange with America: however much it depresses us, it makes us laugh and fascinates us. They are rendered with a pistol per square foot in the United States, but we still dream of going to New York or Chicago, and we still find that it is cold, Las Vegas. ”

In addition to this beautiful exhibition, in a place that Jean-René Dufort praises – according to him there should be art centers like the one in every Quebec city – the animator-photographer will record the fourth season of the emission. The large laboratory, so it won’t take many vacations. And unlike a lot of citizens, because he’s an Infoman after all, he’s super excited about the upcoming election this fall. “We will never tire of holding elections,” he says, smiling sincerely. There’s always business, and when you think there’s nothing left, that’s where most of it is. We tell ourselves that politicians will have learned that they will no longer make videos with an iPhone by the river when it is windy, but they do it anyway. It is a bottomless happiness. In the office, we place a lot of hope in Éric Duhaime’s group of candidates. ”

It could be the subject of a future exhibition, who knows. At least, if Infoman leaves enough space for the photographer.

Exhibitions My America by Jean-René Dufort e The fiery cowboys they are presented until 2 October at the Center d’art Diane-Dufresne (11, allée de la Création, Repentigny).