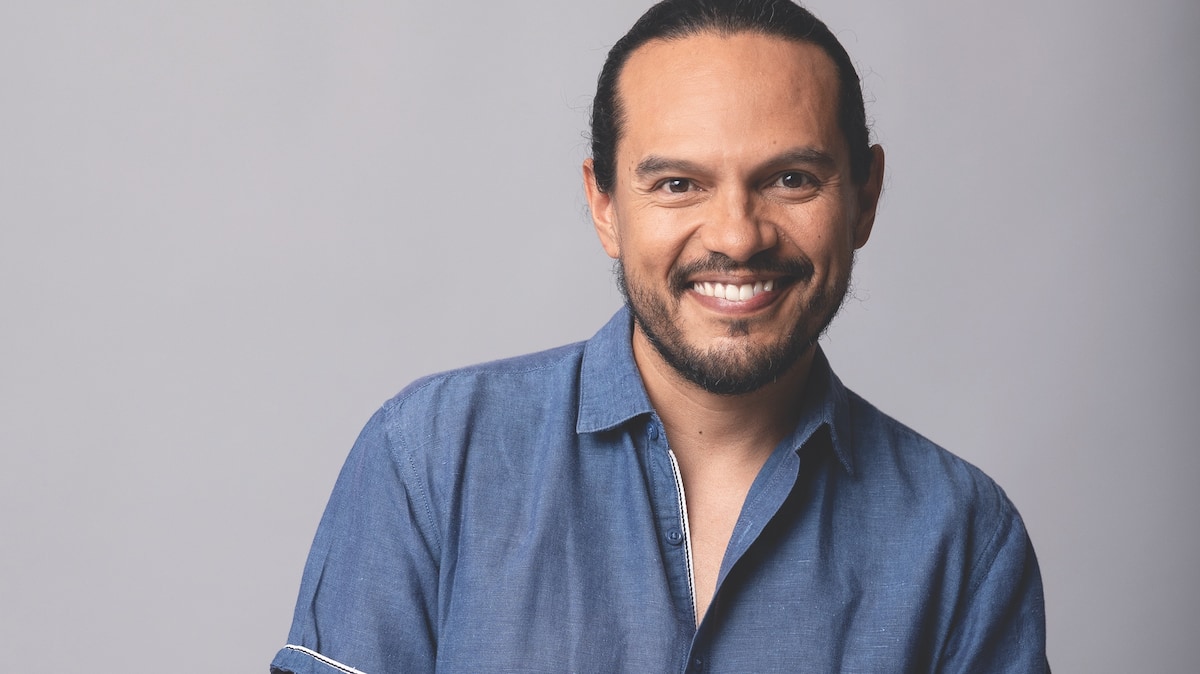 
In addition to playing in The Time of Raspberries, For You Flora, The Perfect Moments, Before the Crash and Fragments, Luis Oliva will host Secrets de village, a Historia. With great happiness, the actor and presenter returns to the screen and explains to us that other passions have occupied him in recent years.

• Read also: 17 storylines to watch in your soap operas this fall

• Read also: Karine Vanasse: Her son follows her on sets

Luis, the Quebec audience knew you as an actor LABEL in 2000. You chained several roles then, at some point, you completely disappeared from the television radar! Where have you been?

Not far from the camera! (laughs) In 2011 I led the documentary series Americology. It was by meeting fascinating people in the four corners of Latin America that I felt the desire to go to the other side of the camera. In 2013 I took courage in both hands and signed up for the documentary program at INIS. To put myself in danger, I left my agent at that time to pursue my new passion.

Because I know myself! If I had had the opportunity to audition, to get roles here and there, I would not have invested 100% in my new job. For four years I have therefore been making documentary series and I have stumbled on my life! One thing led to another, I was called as a director for the casting of American productions shot in Montreal. It was by directing the actors that I wanted to go back to acting, so I found an agent and started acting again.

Since then, shooting in different series has multiplied. How do you explain this success?

Quebecs want to see diversity on screen, and production companies are aware of that. I am often called upon to audition for a character who has nothing to do with my Latin features. In Fragments, I’ll play a psychiatrist. In Before the crash, I am an economic journalist. These roles could have been entrusted to pure Quebecers as the plot does not revolve around their origins. Also, after 23 years of activity, something extraordinary happens to me: I am offered roles without audition. This is what happened with these two series.

How do you get it?

It is a gift, a beautiful sign of trust that touches me enormously. But it comes with the stress because the director didn’t see me audition and I hope I live up to his expectations.

The variety of your roles is also amazing!

It’s true! In The perfect moments, I am an actuary and colleague of the character played by Bianca Gervais. In For you Flora, I put myself in the shoes of a social worker educating police officers who treat indigenous homeless people too harshly. When I read the script, I cried. This story is difficult, but necessary to understand the history of the First Nations.

That said, you can sometimes put your Spanish to good use for a character.

It’s true. In Raspberry time, the immigration officer I interpret speaks Spanish. In the movie South Bankwhich will be released in 2023, I only speak Spanish, because I play a Guatemalan foreign worker who finds work in a food processing plant.

Which of the roles you’ve played recently resembles you the most?

Good question … I have been giving acting seminars in front of the camera for a few years and it was while explaining my vision of the profession that I realized that when I was younger, I was playing characters to become someone else. Over time I realized that in everyone there are small pieces of me, that is, depending on the role I bring out some traits of my personality. For example, in the South Bank, I took my blame – because yes, like all of us, I can sometimes be angry, in bad faith – and I put this negative energy at the power of 1000 in the unpleasant Juan! On the other hand, I have transferred all my empathy and sensitivity to the psychiatrist Pizzaro in Fragments.

Parallel to the game, you will animate Secrets of the villagewhich we will see in October.

I’m a huge fan of history, legends, government secrets and documentaries about historical characters. When I met the producer of this show, I immediately told him: “It’s me you like!” It wasn’t out of overconfidence, but out of an overflow of passion: I knew I was going to stumble!

And you have the mandate! What is the concept of this documentary series?

I visit one region of Quebec by episode: Abitibi, Mauricie or Bas-Saint-Laurent. I look into three secrets of the village: rumors, legends, unusual things. Chat with locals, historians, storytellers. For example, an atomic bomb appears to have exploded in front of Kamouraska in the 1950s. If that’s true, why haven’t we heard of it? Was it a government secret? The subjects are all fascinating!

Plus, it allowed you to cross into Quebec.

Yes, and it is by visiting our beautiful province that we realize it is superb, at home! This doesn’t stop me from wanting to travel abroad. My mother has been to Guatemala and my father is planning to go there this fall. Can you believe I’ve never set foot in my hometown since we got here when I was eight? I would like to go back, but why not combine business with pleasure by making a documentary? I think about it.

In closing, you released the album World in 2010. Do you still make music?

Of course! Whether it’s sharing my songs or just for me, I still play music and always will! Someday, I’ll go through the dozen songs I’ve written since 2010 to release another album. But right now, it’s the game that drives me. I’m also preparing a documentary that I’m going to direct.

To learn all about your favorite stars, get the most recent copy of The week currently on newsstands, or online at jemagazine.ca

YOU ALSO LIKE: 45 appearances by Quebec stars in music videos: