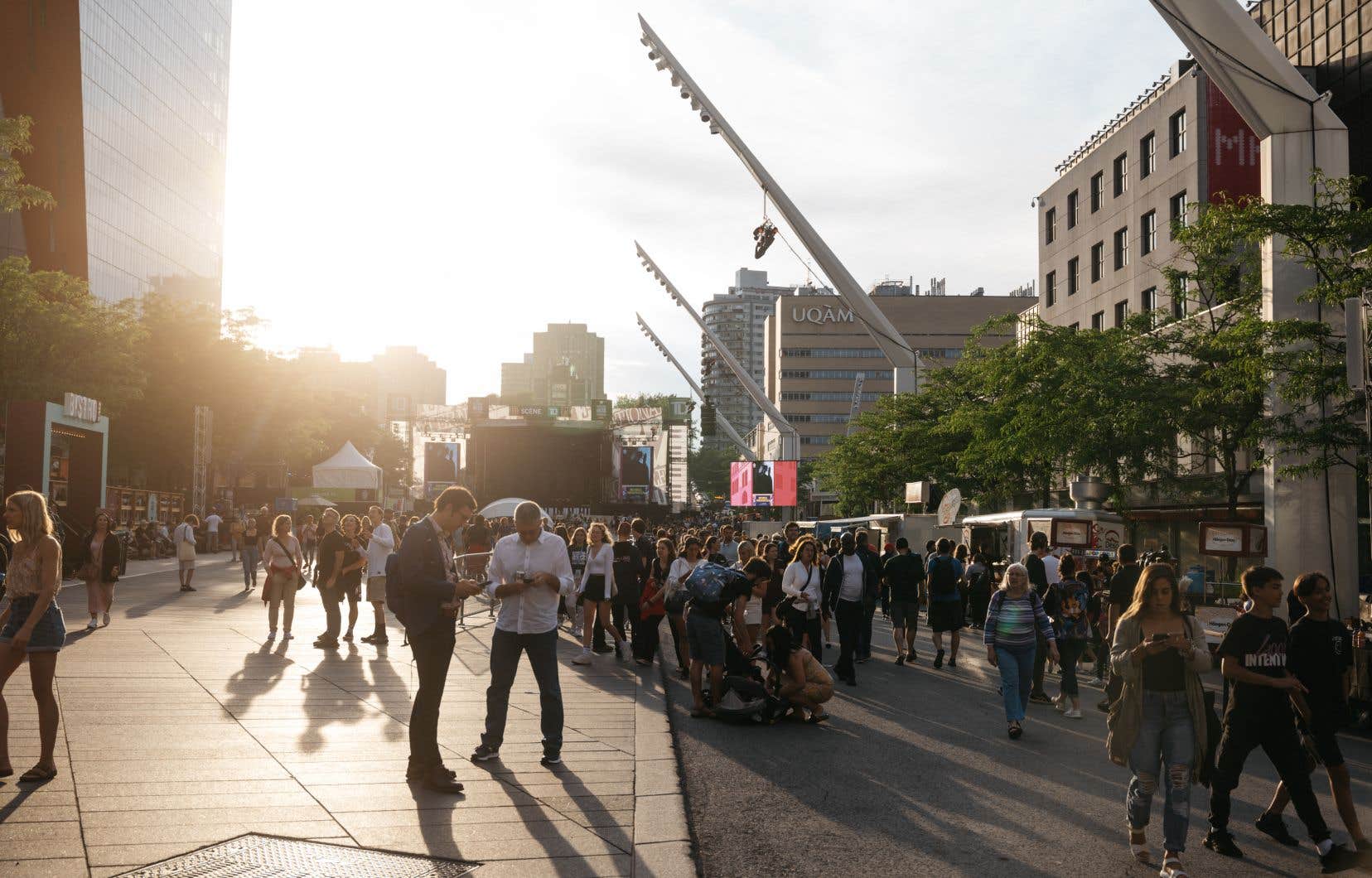 The COVID-19 virus is affecting summer camps, kindergartens, festivals. Quietly, every day it infects more Quebecers under the sun of a summer that seems to be back to normal.

The Just for Laughs festival has decided to relaunch its programming in style this summer with its musical Anna. But the nightmare of the pandemic decided otherwise. The coronavirus entered the scene shortly before the media premiere. Everything has been postponed.

Show postponements at festivals and concert halls are piling up these days, but it’s hard to estimate the magnitude of this wave of cancellations.

“This summer wave is very bizarre,” notes David Laferrière, chairman of the board of directors of the Professional Association of Show Presenters (RIDEAU). Nobody wants to endanger spectators or their employees, but nobody wants to lose “the fragile bond of trust we have with the public,” he emphasizes. This results in cancellations or postponements of shows announced in complete discretion.

Especially since, without health measures imposed, pandemic fatigue can be read on the faces. David Laferrière estimates that just one in twenty spectators wear a mask inside. “It shows we’re not ready to live with it. “

But the swelling wave is very real. The number of hospitalizations linked to COVID-19 has been growing for three weeks. No fewer than 147 additional hospitalizations and 20 deaths were recorded on Monday. The latest report released by the Quebec Ministry of Health and Social Services (MSSS) reports a positivity rate of 13.8%. Quebec reported Tuesday that 6,659 health network workers were absent due to COVID-19, up from 6,285 on Wednesday.

Quebec has stopped counting infections, but the dramatic increase in cases is putting everyone under pressure. “He can be a technician, a musician. In a theater, only one employee who is a contact case, which worries us to death. If there was a transmission, even limited, in a context of labor shortages, it would get us in big trouble ”, says David Laferrière.

“It is not an anecdote, but not even a movement”, observes Martin Roy, president and managing director of REMI, the grouping of major international events. The “here and there” cases leave gaps in the schedule and add to the headache of a busy schedule. “In the context of a festival it is more complicated to replace an artist who is isolated for five or ten days. “

These silent contaminations are “like other sectors,” he notes.

PCR testing in the fields?

The presence of the virus is also felt in Quebec vacation camps. Three temporarily closed their doors and sent the children home because it was not possible to replace the animators placed in solitary confinement.

“We often manage to contain the epidemic, but it is not possible to replace the animators”, cites Anne-Frédérique Morin, deputy director general of the Association des camps du Québec (ACQ), who adds that the current working context the shortage does not help. She insists that the ACQ wants to “take action at the beginning of the summer so as not to affect future weeks”, and it is in this spirit that the association met the team of the national director of public health of Quebec. , the Dr Boileau, Tuesday early afternoon.

Several options will be considered by the Public Health, such as the reintroduction of PCR tests performed upon arrival at the summer camp, as happened last year. It also plans to increase the provision of rapid tests, modify the decision tree for case management, provide regional public health support to the camps, and enforce the return of the mask worn in certain settings, especially for facilitators.

“We want to make sure that the measures are tight enough to prevent the virus from entering the fields,” emphasizes Anne-Frédérique Morin. The ACQ is unable to say the number of outbreaks in the camps, but is actively drawing up a picture of the COVID-19 situation with its members, including some “relevant to the general population” elements that will then be broadcast.

According to the MSSS, facilities such as summer camps are no more affected than others, but “reflect the increased community broadcast we see everywhere,” says Marie-Claude Lacasse, media relations coordinator.

During a press conference on Tuesday on another topic, François Legault said public health did not expect an increase in the number of cases that could cause problems in hospitals, the warm season helps.

The Prime Minister, however, called on the population to be cautious. “We are making sure that we are ready for September, because at the beginning of the school year we should see a significant increase in cases,” he said, referring to the vaccination campaign that will start in August.

It is necessary to inform the population of the level of transmission of COVID-19 to live better with the virus, says Nathalie Grandvaux, a researcher at the CHUM Research Center on Viral Respiratory Infections. “You need to provide information so that people can tailor their precautionary measures based on the level of risk,” she says.

Last week the national director of public health, Dr Luc Boileau, urged people at risk of developing severe COVID-19 to “get their masks back” in crowded places, such as festivals.

Most of Quebec’s major festivals are already sold out.