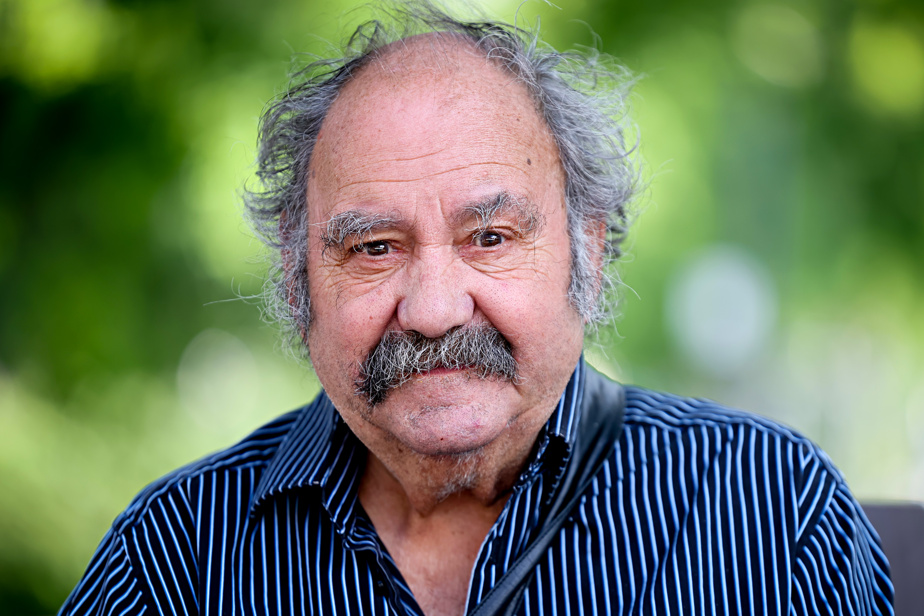 Oscar Peterson, Bill Evans, Toots Thielemans. “There are worse ones”, summarizes Michel Donato, with a mischievous eye, about some of the Maurice Richards of jazz with whom he talked on stage. Meeting with the legendary double bass player, who will celebrate his 80th birthday on Saturday night at the FIJM.

At the age of 15 Michel Donato was hired by accordionist Michel Sauro to accompany him on the double bass. The teenager played the “big machine” (his expression) from the age of 12 thanks to his father Roland, a semi-professional musician who presented shows in ballrooms, such as that of the Windsor Hotel.

“Sauro asks me to play Besame mucho “Recalls the musician, met one sunny morning in a park in the Côte-des-Neiges, his neighborhood. “And I, I immediately left scared. The nearly octogenarian imitates an avalanche of notes, his left hand frantically moving on the imaginary keyboard.

Sauro told me: “It’s okay what you’re doing, but the problem is that we both need a player here low. “

The lesson – that of the inestimable virtues of the economy of means – will become for him like a modus operandi. Alongside the greats of jazz and pop, Michel Donato was first of all an unfailing ally, even if his discography includes several recordings that allowed us to fully grasp the breadth of his melodic vocabulary. His two duet albums with Karen Young in 1985 and 1988 remain the best proof that Michel Donato, behind his instrument, is himself something of a singer.

But a bass player, he insists, “is someone who makes a good floor for everyone”. “I paid the bill once and hired Charlie Haden [mythique contrebassiste du quatuor d’Ornette Coleman, c’était en 1996]. I have made myself walking [porter] by Charlie Haden! It is in this time that you understand all the comfort you can offer to a soloist, when he feels he is being listened to. This is where he can be as good as he really is. ”

Son of Little Italy, born on August 25, 1942, Michel Donato joined Vic Vogel’s big band at the age of 16 and will never stop working alongside exceptional creators. “I’m just lucky,” he repeats over and over.

And it is because he was aware of this possibility that he always tried to extract all their juice from these great encounters.

In Pittsburgh, during a tour with Oscar Peterson in the first half of the 1970s, Dizzy Gillespie asked the Montreal pianist if he could borrow his double bass player, being absent. “Oscar replies:”Safe.“Of course I knew Manteca [une des plus grandes compositions du trompettiste], but I wanted to pay the bill. I said to him, “Mr. Gillespie, can we go to the locker room and let me play a little?” I played myself Manteca by Dizzy Gillespie, all alone! ”

He will use the same stratagem – to feign ignorance – with Félix Leclerc, with whom he records in 1979 Long songs from memory. “I was blackmailed Me, my shoes by Mr. Leclerc, his foot on the chair, with his guitar. That was no worse either. ”

However, this palpable admiration for his companions of an evening or a life will never have been paralyzing. In 1977, Michel Donato agreed to join Philly Joe Jones and Bill Evans, at the latter’s invitation, at Rising Sun, a legendary jazz club on Sainte-Catherine Street.

“I was between Bill and Phil and I was intimidated at first, you know. I was holding back a bit, but at a certain point I said to myself: “Fuck yourself, here, I’ll play seriously, come on, Donato! ” And as soon as I did, Bill got up, he looked at me and said, “Yes, baby!“He will still prefer not to follow them on tour to be with his mistress and their two children.

In 1992 Michel Donato prepares to attend the concert of the pianist Gonzalo Rubalcaba with his wife. Schedule conflict: Rubalcaba is late, but his bassist, Charlie Haden, is expected elsewhere, in another room.

Menardo [André, cofondateur du FIJM] comes to me: “Donato, do you have your bass?” I found myself on stage with Gonzalo, with whom I had never spoken. I looked at it, made the sign of the cross, then we left. Evil pianist! It was much better than being in the room.

The difference between a good musician and an excellent musician? “It’s like sport,” replies the man whose writer and host Stanley Péan is preparing the biography. “There are hockey players and there is Maurice Richard. A very good musician, everything he does seems easy. When Lemieux outwits three guys, you feel like you can too. ”

On Saturday evening he will be surrounded by around twenty guests from the Quebec jazz elite, which he has chosen himself. Has his game changed over the years? “I take fewer notes, but I think I make more beautiful ones. ”