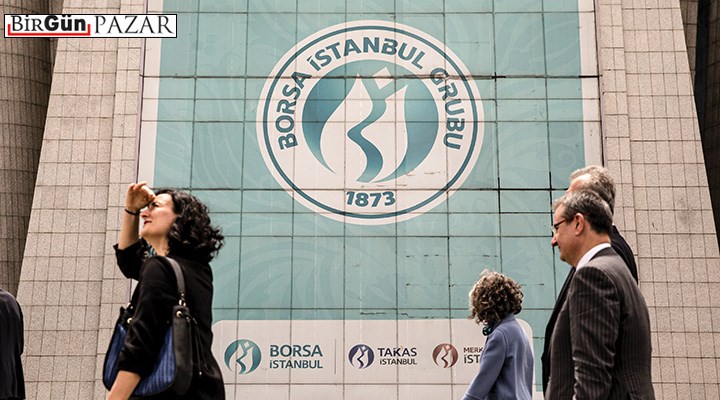 In 2020, when the Covid-19 pandemic rocked the entire economy, public offerings came to the aid of Turkish companies. Listed companies raised funds from investors by printing more stocks over the course of 2020.

Turkey is shaken by the revelation of Sedat Peker. Peker’s stories weren’t always like that on the agenda. But this time around, the circuses around the Capital Markets Board (CMB) may be showing a more serious picture than we think. Peker’s claims about the CMB are therefore worth considering.

When it comes to the stock market, you need to know the technical terms to master the ins and outs of the picture. But the latest plot is happening so much before our eyes that the matter is no longer technical. But it is still necessary to mention whales and anchovies.

Game of whales and anchovies: Bag

The history of the stock exchange in Turkey begins long after the West. First, the scarcity of companies that can go beyond the family business is one of the main reasons for this. If there was a stock exchange in the 1950s and 1960s, how many shares of the company would be traded on this exchange? Also, how attractive was the stock market in a country where capital movements are limited and foreign exchange control is in place?

This is why we would have to wait until the 1980s for the establishment of a stock exchange or a stock exchange in the broad sense of our country. Therefore, the SPK was established less than a year after the September 12 coup. This institution is the first regulatory and supervisory institution in Turkey. Then others were established such as RTÜK, Competition Authority, EMRA, BDDK.

The purpose of the constitution of the CMB was the establishment of a stock exchange in Turkey, founded in 1985 under the name of Istanbul Stock Exchange (ISE). Interestingly, Turgut Özal was the deputy prime minister responsible for the economy of the coup government when the CMB was established in 1981 and the prime minister of the ANAP government when the İMKB was founded in 1985.

When ISE was founded, only 48,000 people were stock investors. Nobody knew about the stock market, they never dreamed of making money from the stock market. However, when TL became convertible in 1989, in other words, when obstacles to foreign capital movements were removed, the number of investors on the stock exchange reached 1 million in 1990. That year, when there was an increase in value. by more than 500 percent in the ISE, the stock market began to get everyone’s attention. In a context of high inflation, the stock market has been placed on the household agenda as one of the ways to protect the value of money.

It is the slang of our stockbrokers to call the small investor an anchovy and a large investor a whale in the stock market. However, this jargon also gives an idea of ​​how the stock market works. Whales have the power to detect game and catch anchovies. Anchovies can make short-term profitable investments, but anchovies are ultimately meant to be eaten by whales. Here is the SPK so that this game is not played so cruelly.

As such, the CMB was in an extremely key position in institutionalizing the neoliberal economic-political agenda. Just like the other supervisory bodies. If these institutions are contaminated or abolished, can such an order be called neoliberalism? Yes, the model is based on market freedom, but it thrives in the typical institutions of neoliberalism. These institutions are being replaced by the powerful executive power apparatus. Therefore, the system looks more like club liberalism than neoliberalism. Because the answer that neoliberalism would give to any kind of criticism is that a strong control mechanism should be established. The system also creates inequalities with its supervisory institutions, it is true, but these institutions would at least guarantee the survival of the system. This is what was said. The collapse of the institutions also meant the collapse of the system and of the ideology that instilled the soul in it. As such, the neoliberal-Islamic transformation, which took flesh and blood in the person of Turgut Özal and which was then completed during the AKP period, is experiencing a major collapse with the latest revelation. Not only neoliberalism, but also Islamism, which has earned it prevalence and legitimacy in Turkey, is collapsing. The simplest example; CMB President Ali Fuat Taşkesenlioğlu has not worked in a conventional bank all his life, as interest is prohibited. He began his career at Saudi-owned Faisal Finans. He was later transferred to the Asya Bank of the Fethullahists. From there he goes on to the public. Nobody asks anymore: “What if a person with such a degree of religion, who did not touch interest, got himself in such a mess?” In fact, on the contrary, the phrase “They do” is much more common.

They do, but data from the Data Analysis Platform, affiliated with the Istanbul Stock Exchange, raise the question of “who put so many anchovies in the pan”. Based on this question, the question emerges from a court case of the Taşkesenlioğlu brothers and acquires a political-systematic dimension.

Whales feeding on anchovies in a pandemic

In 2020, when the Covid-19 pandemic rocked the entire economy, public offerings came to the aid of Turkish companies. Listed companies raised funds from investors by printing more stocks over the course of 2020. When it comes to investors, the big capital groups shouldn’t come to mind, almost all of them were anchovies involved in these deals with less than 50-100k TL.

This practice, which squeezed the small saver, directed the anchovies on the stock exchange. Below you will see the number of investors in the stock market.

One hand gripped the small investor, directing him to the stock market. Thus, 1 million new investors, or rather anchovies, went public in 1 year. The void of large foreign whales that escaped the stock market in 2018 was trying to be filled with small but large quantities of local anchovies. Stock Exchange Istanbul saw 2 million investors in this period for the first time in its 37-year history.

Well, this can be told with a success story. But the table is not that simple. Despite all these anchovies, Istanbul Stock Exchange has a market value of $ 143 billion for 2021. If this value is compared to all stock exchanges, Istanbul Stock Exchange may be the 65th most valuable stock market. Europe’s most useless stock market in America. The league in which it competes is the South American or African stock exchange. For example, the total value of the New York stock exchange over the same period is 25.2 trillion dollars.

However, there is also data that İstanbul Stock Exchange is the world champion. It is the volume of trade. In such a stock market, where almost all investors are anchovies and where some whales can lead the market, the trading volume is inexplicably high. The reason is clear, the stock market system in Turkey is not a place where you make long-term investments, but a place where you make money with continuous trading and the hit and run method. Also in this case, starting from 2021, 794 billion dollars of purchases and sales have been made on the Istanbul Stock Exchange against a market value of 143 billion dollars. The ratio of trading volume to market value is 574 percent! With this report, İstanbul Stock Exchange outperformed all its competitors.

Imagine being ranked 65th by stock market value. In the last 2 years you have doubled the number of investors. And you are the world champion in the ratio of trading volume to market value.

You don’t even need to look too closely at this image. Even with this data alone, it is clear that the stock exchange system in Turkey is the art of pan-frying anchovies.

The question is: who puts the anchovies in the pan?

As an independent newspaper, our goal is to contribute to the emergence of a true atmosphere of democracy and freedom in the country by offering the truth to the people. For this reason, we use the revenue we earn from subscriptions to implement better journalism and to provide our readers with information on a more qualified and reliable basis. Because we don’t have a boss whose bank account we have to inflate; well he isn’t.