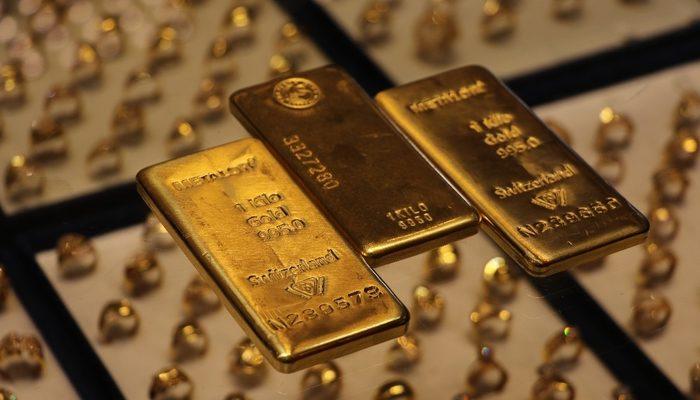 The Jeweler Gold Valuation System (KADSIS) project has been expanded. The Istanbul Gold Refinery (IAR), in partnership with the Central Bank of the Republic of Turkey (CBRT) in line with its efforts to get gold under the pillow into the economy, announced the Physical Gold Savings System ( FATSIS), which offers citizens at least 3% additional income on an annual gold basis.

Recalling that as IAR, they worked to get gold under the pillow into the economy for 12 years, Esen said they initially focused on gold banking and that gold began to be used as a deposit tool in the banking system in this processes.

Esen explained that in this system, employees faced a challenge such as going to the bank on a certain day and period of time and, based on this problem, they created an advanced fintech infrastructure and implemented the valuation system. gold of jewels (KAD-SIS) in collaboration with the Ministry of the Treasury and Finance.

At this point, Esen stated that they are thinking about how to carry out the KAD-SIS project, which they put into practice about 2 years ago, and said:

“We have been in contact with our people for 12 years and we follow exactly this gold under the pillow process. That’s why they say, ‘What do people want? Why don’t they take their gold off the pillow?’ We actually know the answer to their questions very clearly. People first want gold to be protected as “gold.” First of all, this is the most important point. So let me take your gold, convert it to TL, convert it to dollars … This is not what matters. Gold is for those people. Safe harbor. Therefore, the number one expectation is that the gold under the pillow will remain gold. Secondly, when he puts this. gold in the bank, he wants to be able to withdraw a small amount of it back into gold after a certain period of time. Third, of course, he wants a guarantee. we want to get added value from gold, just as you get added value when putting TL or foreign currency in the bank. Based on these experiences, we have started to cooperate with the Central Bank of the Republic of Turkey (CBRT) and KAD- SİS We have led the project or to the next level and we partnered with the Physical Gold Saving System (FATSI) commissioned by CBRT. “

“WE ARE INVESTING GOLD IN THE SYSTEM”

Ayşen Esen said the KAD-SİS project is in harmony with both the banking system and FATSİ and provided information on how the process works.

Esen said citizens go to gold rating points (ADNs) made up of distinguished jewelers to have their gold, bracelets or gold quarters valued in various calibers based on pure gold and that gold which has been determined is transferred to their bank accounts as a gram of gold.

Emphasizing that a high security system was established during the execution of all these calculations and that encryption and camera technologies were used at every stage, Esen said: “We pay close attention in choosing these points. We attach importance to the their distribution, easy integration with the banking system, easy access by our staff and a reliable location. “The jeweler’s job is to determine the real gold and how many karats it is. The system does the rest. The value determination mechanism in the software system consists of numbers checked and approved by our Treasury and Finance Department and the Banking Regulatory and Supervisory Agency, ”he said.

Pointing out that all of these transactions were completed in a short time, Esen noted that the most important factor in that structure is that citizens keep their gold as gold in banks.

Esen said they aim to put citizens’ gold into the system for investment purposes, not morally valuable gold, and that they are trying to establish a structure that will allow them to withdraw the desired amount of gold from their accounts when they do so. they need it.

Esen, chairman of the IAR board, said banks couldn’t hold enough grams of gold in each branch, so some problems could arise in physical requests for sudden gold withdrawal.

Explaining that when banks do not have enough gold in their hands, citizens may have to withdraw some of it in TL, Esen said: “Of course, the banking system has an exchange rate. You will buy gold again with the money you received. When go to the jeweler, there is also a rate in the market. From there you lose again. Indeed, the gold you want to withdraw may be 5 grams, but due to currency losses it can drop to 4.7 grams. We have established another model based on courier delivery on the website first, to offer our employees the opportunity to physically receive their gold. This is in up to a week, 10 days. It will come for life. We are currently testing the system”. he said.

Esen said they are also working on a model where bank-deposited gold can be withdrawn by elite jewelers determined as gold valuation points and that software studies are continuing.

“Currently, interest rates have been determined for 6-month and 12-month maturities for gold deposits. It works like this: Let’s assume you have deposited 80 grams of gold securely into your bank account via KADSIS. Return and give a instruction to your bank and say I want to use 80 grams of gold in my account with FATSI.There are actually two views here: one is the side that is followed in TL on KKM, which we call currency protected deposits.