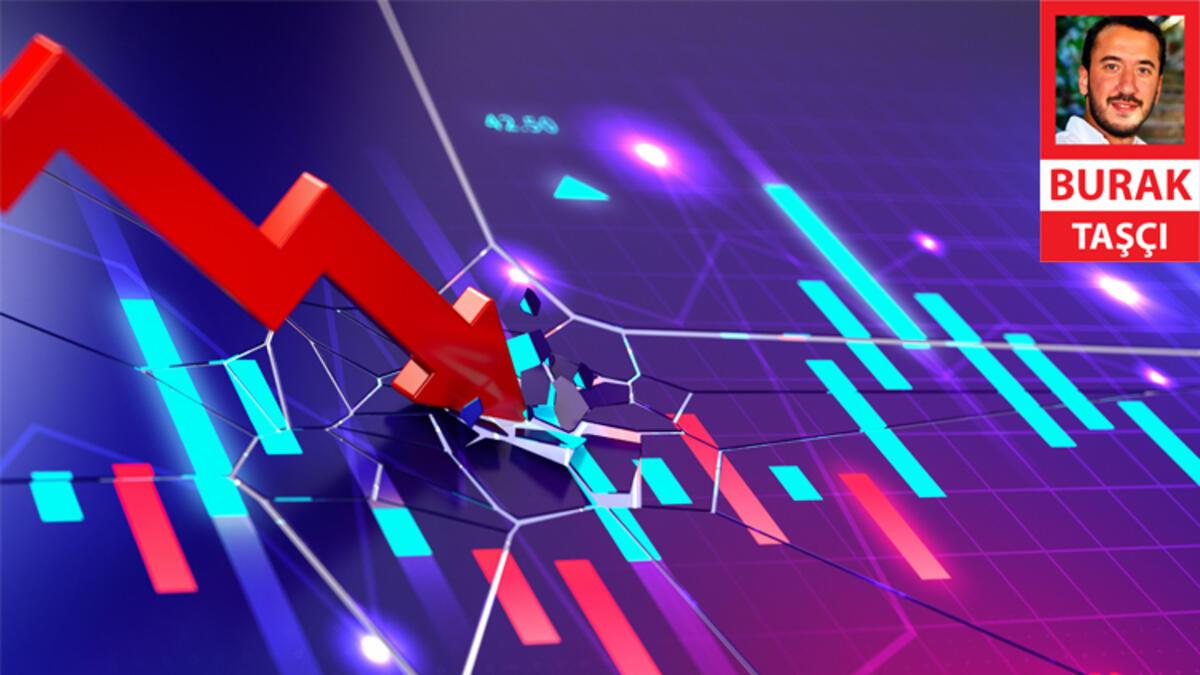 Global markets have begun to assess the risk of recession. The unhealthy performance of the US and European economies revealed a deterioration in the euro / dollar parity. The euro quickly lost strength against the dollar and returned to December 2002. The euro, which had not seen such a low level in 20 years, fell below 1.03. Thus, since the beginning of the year, the euro has depreciated by 13 percent against the dollar and by 9.3 percent compared to the same period of the previous year.

MAIN CAUSE RUSSIA AND NATURAL GAS

The deterioration of the economies, which began with Russia’s attack on Ukraine, is causing more serious wounds every day. Problems in sourcing natural gas to Europe from Russia and high energy prices that drive up expenses and costs have raised rumors of recession in Europe after the US.

THE US ECONOMY IS NOT BRIGHT

While the US economy tries to fight inflation, which is effective on a global scale, the odds of success are weakening by the day. The possibility of stagflation increases due to the stagnation of economic activity in the US and consequent inflation. Furthermore, the economy, which contracted in the first quarter of 2022, is expected to contract in the second quarter, and recession fears are also real.

The thought that the Fed’s moves, which made small interest rate hikes to curb inflation that had peaked in 40 years, would be insufficient began to materialize.

HEAVY SANCTIONS ON RUSSIA HAVE BEEN BILLED TO GIANT ECONOMIES

Due to Russia’s continuing war in Ukraine, the EU and the US have taken a hard line against Russia. The EU and the US, which nearly shut down trade from Russia, had to drink the bitter medicine over time, although they didn’t realize the effects at first. Countries trying to prevent imports from Russia, which is rich in natural gas and oil, have upset the balance of the energy market. Brent oil, which started 2022 at $ 80, rose to $ 133 with the war. Although other oil-producing countries have increased their activities due to a lack of oil from Russia, this has not helped to cut costs.

Due to the sanctions that plunged the world into a major energy crisis, Russia has started selling natural gas and oil in its own currency. Some of the countries in need of energy in Europe have accepted this situation. Countries that open an account with Gazprombank continue to buy natural gas in exchange for rubles.

THE RUBLE GAINS STRENGTH THAN EVER

WHAT CAUSES THE POWER GAIN?

Furthermore, due to the economic sanctions imposed on the country, exports and imports have suffered a tremendous slowdown, except for energy. The demand of the people also weakened due to the fact that the products demanded by the country did not arrive and it was difficult to export what they produced. For this reason, the need for foreign exchange has also decreased and the ruble continues to maintain its position of strength.

The coronavirus pandemic slowed down in the spring and coronavirus measures were lifted one after another around the world. When the coronavirus reached a high number of cases in China in the early spring months, China took drastic measures and went into closure, causing a disruption in world trade. China’s inactivity in supply and logistics has made production difficult in many areas of the world.
Today, there is a general increase in the number of coronavirus cases. Experts warn that the masks and gauges may return in the fall and winter.

The rise of the coronavirus pandemic in addition to the weakness of the global economy indicates that there could be disruptions in world trade again.

Due to the expectation of a global recession, the expectation that oil demand will decline has begun to dominate. Brent oil, which rose to $ 133 in a short time, fell 11% to $ 102 yesterday as recession fears rise.

The dollar appreciated against almost all currencies yesterday. The dollar, which gained a premium against hard currencies, particularly the euro, is holding its strong position today. The euro / dollar parity is at 1.02497 in the morning, while the dollar / TL is trading at 17.0192.

THERE ARE HARD FALLS IN THE GOODS MARKETS

As for raw materials, the expectation of a drop in demand led to the decreases. Investors who wanted to avoid risky assets caused strong price and quantity movements. Sales accelerated due to those who preferred to stay in cash.

An ounce of gold has dropped to 1764 dollars and the gram of gold is at the 967 lire level. Iron ore also fell sharply as the demand outlook in China remained unclear. Silver prices are also following a downward trend.