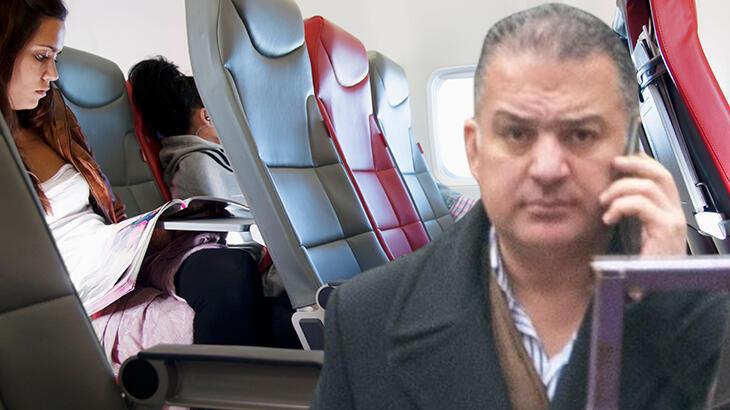 Milliyet.com.tr – There was neither a technical malfunction nor an extraordinary situation in the cockpit of the passenger plane of the JET2 company, which was on its way from Turkey to the city of Birmingham, England. The problem was between the passengers and the passenger who created the problem was a Turk. Ali Özdemir (49), who until recently was the manager of an Italian restaurant in Birmingham, gave the crew a hard time because of his behavior. Why did Ali Özdemir, on whom an investigation has been launched, cause a crisis on the plane that would take off for England?

At first everything was going normally. However, that changed when it was noticed that Ali Özdemir was extremely drunk. Ali Özdemir drank a large amount of alcohol before the flight. His alcohol intake was so high that he could no longer control the alcohol in his stomach and he started throwing up. In addition, he vomited not only on himself, but also on the seats around him. After Özdemir threw up, the crew watched in horror what happened and turned to him. He was asked to show his passport. However, Ali Özdemir was too drunk to do this very simple task. That’s why he couldn’t even show the flight attendants the passport in his bag. After what happened, Özdemir was taken off the plane.

‘HIS EYES WERE RED’

An investigation into the accident was launched in a short time. Andrew Wallace, who led the investigation, told the court:

“The defendant threw up on himself and on the seats of the plane and was taken out of the plane. It was noticed that he collapsed on the seat, reeking of vomit and liquor, and his eyes were red.”

Ali Özdemir was very drunk even when he got on the plane. Also, his mood attracted the attention of the other passengers on the plane. Each of the eyewitnesses, especially the stewardesses, described Ali Özdemir’s condition in a similar way.

Ali Özdemir’s lawyer pointed out that his client’s behavior did not cause any concern and that he did not show an aggressive attitude towards anyone. Noting that none of the passengers had to change seats due to what happened, the lawyer said: “Part of what happened on the plane was due to my client’s stomach ache. My client, who was under stress from her divorce, went to an engagement event and drank alcohol at the airport on the way back.” She said. “My client, who drank two glasses of wine at the airport, had no criminal record.“the lawyer said, adding that Özdemir is currently unemployed and looking for a job in the restaurant business.

HERE IS THE PENALTY

Judge Simon Drew QC, who ruled on the case, recalled that Ali Özdemir was unsuccessful in the face of the hostesses’ passport application. Considering that Özdemir did not attack anyone on the plane, the judge said:

Birmingham Royal Court announced the verdict on Ali Özdemir, who admitted he was drunk. Turkish passenger Ali Özdemir was sentenced to three months in prison for endangering the lives of passengers on board.

“Even the surprise will have a surprise!” A step from Turkey that will change the balance in the AegeanView the news

Horror in Bodrum! The intense smell revealed the horrible eventView the news