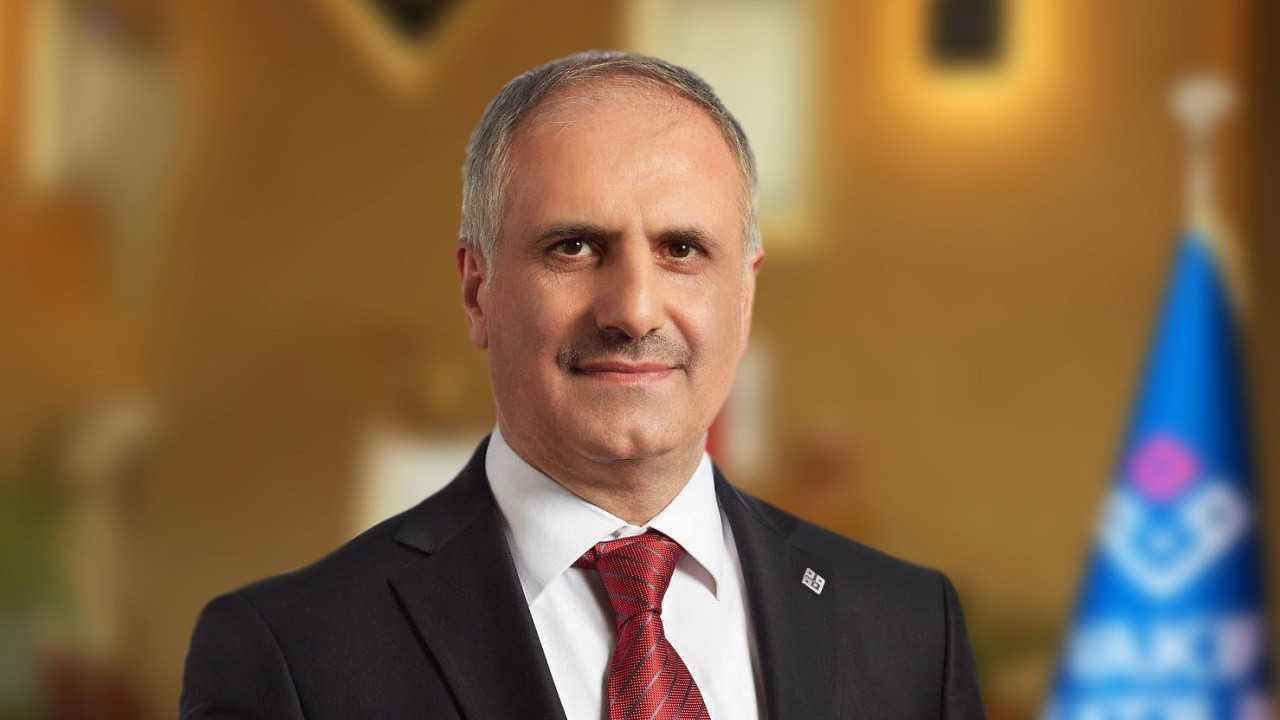 We are going through an important period for the economy. We are in a time when the purchasing power of TL is decreasing and inflation is rising. On the other hand, there are measures taken by the CBRT and the BRSA as part of the liralization strategy. How do these measures affect you?

After the recession we experienced after the pandemic, we have entered a rapid recovery process. This, of course, with the influence of abroad, and then the Ukraine-Russia war, was inevitably reflected in the form of an increase in energy prices and commodity prices. The volatility of domestic exchange rates has inevitably been reflected in prices through imports and has led to higher than expected inflation. The fact that the currency protected savings account came to the fore significantly contained the volatility of the exchange rate. And the Turkish lira has put us in a new structure which we call lyralization. When we look at the banking sector, there has been a significant improvement and improvement in TL’s share of liabilities. This, of course, also made it possible to extend the deadlines. As far as the banking sector is concerned, this structure, which arrived with KKM, resulted in both an increase in the TL weight of our liabilities and a positive effect on the lengthening of maturities. However, the fluctuation of inflation has inevitably made us feel the need to take some measures. Since it came from the credit side in an inflationary context, it was an important step both to control credit growth and in this sense to manage the fluctuation of the exchange rate, with the interventions of the Central Bank and then of the BRSA. We see the effects and, of course, macroprudential measures have held back loan growth. I predict that 6-month growth will not continue at the same pace in the next period.

USE OF THE LOAN HAS RETURNED TO NORMAL

After the BRSA provision there was confusion in the sector and in companies, and then some explanations were made. Has this confusion been completely cleared up?

When the announcement was made on Friday night, there was an inevitable uncertainty. A statement was subsequently published. There was a preliminary statement that the credit could be used. And since Monday, all institutions, including our bank, have approved the determination of the status of companies that will fall within the scope. At first, of course, the uncertainty was great, but then, with the communication with the BRSA and the answers to the questions, we entered a normalization process starting on Tuesday. Currently, the use of credit continues normally.

There will be a partial contraction in the use of corporate related credits within the scope determined by the BRSA. The objective of macroprudential measures is to make loan growth healthier and to use these loans for production, export and employment for specific / structured sectors. While there is a direct use of lending to this foreign currency purchase, its main purpose was to direct it to use it for production and employment. Subsequently, each bank took its own precautions. It concerns nearly 300 institutions. Therefore, if we look at the number of companies working in the banking sector, this is a manageable situation. Therefore, from now on, uncertainty has largely disappeared and everyone continues their normal lending activity under the conditions established by the BRSA and the Central Bank.

WE USE CREDIT WITH CARE

How much has the demand for foreign currency been since the use of credit? And you said that lending has slowed, what about loan growth this year?

Inevitably, there is a slowdown here as costs have started to rise. The provisions made by the Central Bank on the compulsory reserve are inevitably reflected in the credit charges. In an environment where credit costs are rising, TL loans are no longer very attractive. The cost of TL loans, which was at the level of 20 percent 1 month and 1.5 months ago, is now over 30 percent. Therefore, this loses its old attractiveness for the investor and is used more carefully and carefully. As I said, as banks follow the direction of the loans they have made for this purpose, sector preferences oriented towards investment, employment and export are in question, so there is more careful use here. This inevitably slows loan growth to some extent. As I said here, there has been a trend of up to 60 percent, which can be closed with a growth of less than 40 percent towards the end of this year, which took place since the beginning of the year, in terms of credit growth. .

The share of the participating banks in KKM is 15-16%.

How do interest-free instruments protect against inflation? New products have emerged such as gold-based rental certificates and gold bonds. How was the request?

Traditionally, holding banks have a structure whose customers love foreign currency, gold and precious metals. Prior to our new year, the ratio of investee banks’ foreign currency deposits to total foreign currency funds was more than 70 percent, reaching 74 percent. However, with the arrival of the request for funds to participate in this KKM, the liralisation had a positive effect on us as well. Currently, the volume of KKM in the banking sector has approached 1 trillion. We also have a 15-16 percent stake. A fund of approximately $ 160-200 billion, whose share in the banking sector is approximately 16 per cent, has moved from foreign currency accounts to TL accounts. Likewise, gold and gold based lease certificates, gold funds are the preferred applications of participating bank clients. With these latest regulations, quarterly billing practices that allow for physical delivery of gold, particularly to bring under-the-pillow savings into the system, have also created dynamism. Therefore, participatory banks have investments that prefer foreign currency and gold due to their structure, but together with KKM, we have seen its positive effect here. The effect of the switch to TL and liraization is also present in the holding banks. Currently, we can see this in holding banks. In other words, as I said, at the beginning of the year it was between 75 percent and 25 percent. This, of course, has a positive effect on bank balance sheets. In this sense, KKM has become an important investment tool for its clients to protect themselves from the inflation of the Turkish lira and to protect their savings.

Foreign loans are not very attractive

Of course, outsourcing is also important for growth. How is the sukuk market right now?

As holding banks, we don’t see a big problem in external resources, but obviously costs are more decisive than resources. Especially in an environment where these CDS are on the rise, risk premia are on the rise and the risk premium is expected to reach 4% over the medium term as Fed rates rise, foreign borrowing in Turkey is not very interesting at the moment. It has lost its charm for the moment, in today’s environment. Therefore, it is not meaningful to them that we bring assets from overseas and present them to clients at these costs. Today the sukuk market is not active, but in the past the holding banks have done serious business in the field we call Green Sukuk. It has a significant share of the sukuk market here. The total volume of sukuk in this market has actually reached 200 billion, if you count the sukuk of the Treasury. Participating banks have a 10% stake and a volume of sukuk of 18 billion. Sukuk in the country continue, but in TL. We expect the overseas market to normalize and the risk premium to return to normal levels this time around.

How will the holding banks spend this period? What will be the year-end growth of the company?

Participating banks had a target of a 15% stake in the banking sector in 2025. Will this target be delayed after these measures are adopted?

As we said in 2019, when we look at it from here, its share in the banking sector, which was at the level of 4% 10 years ago, was 6% in 2019. As of this year, its share of total activity increased to 8 percent and 8 percent. On the deposit side, the funds raised reached a level of over 10 percent from participating banks. We have the strategic goal of reaching 15% by 2025. At the moment we have not made concessions from our target, we continue to grow in line with that target. There are currently six holding banks. Three of them are private sector and foreign capital and three are public capital. With the introduction of public participation, there has been a serious movement in the industry. You know, bank actually means capital, no matter how much appetite you have or how much growth you have, here you are limited to capital. In this sense, the public sector has made a significant contribution to raising capital in the banking sector and banking participation. In my bank, Vakıf Katılım Bankası is also the holding bank with the strongest paid-up capital in this respect. Therefore, as long as this structure continues, participating banks will achieve their growth above the sector.

Banks have cut deadlines a bit

How have the conditions of the loan changed?

Of course, with increasing costs, medium and long-term use has lost its appeal to customers. Banks have also shortened their maturities to be a little more cautious after subsequent regulations. This, of course, has started to act as an automatic brake on credit demand. Currently, transactions with an average maturity of one year and less than one year run more often. As I said, the long term is not attractive due to the high costs and more and more banks have turned to short term loans during this time to see their way and determine the effects of these new regulations.