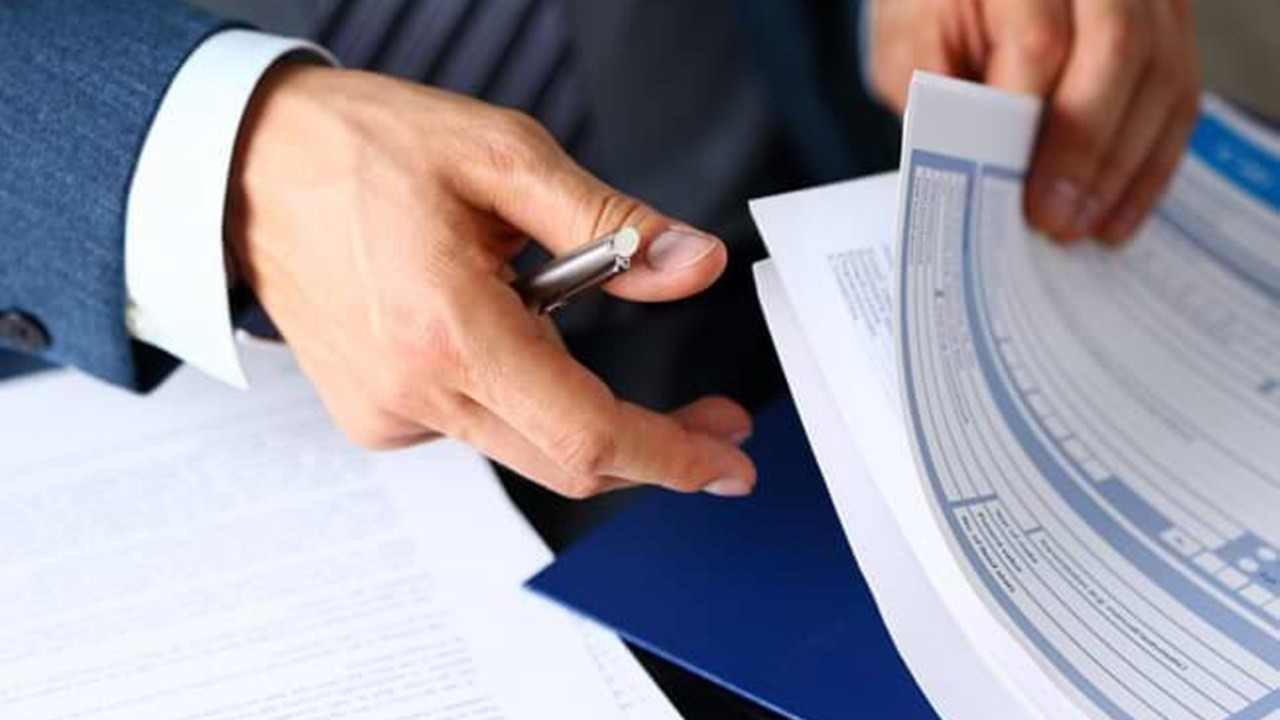 The list of TTB-HUV coefficients, redetermined by the Turkish Medical Association (TTB) for the second half of the year with an increase of 37.5%, and the contractual minimum wage for doctors in the workplace were in order of the day of the insurance industry. The sector, which suffers from not being able to reflect the price increases of the past period on policies, will have to bear the burden of existing policies until the end of the year with the new price increase. For this reason, it is claimed that there will be a problem of “past burdens” in health insurance, such as in traffic insurance.

TTB restated for the second half of the year the TTB-HUV coefficient of private practice and the minimum contractual rates of the doctor in the workplace, following the increase in the annual inflation rate. According to the decision; Between July 1 and December 31, 2022, the TTB-HUV private medicine coefficient and the minimum contractual wage for occupational medicine were revised to 37.5%. Considering the 36% increase achieved at the beginning of the year, there will be a cumulative 87% increase starting July 1st.

As it is known; The TTB coefficient is actually an application that indicates the price increase for the service items in the reference rate. When insurance companies conclude service contracts with private hospitals, they carry out the operation on the basis of a reference rate rather than an agreement on the basis of individual services. During the signing of the agreement, it is based on the reference tariff of the TTB or the tariff of the SUT price, which is the health implementation announcement used by the public. Since the rate generally used is the TTB minimum wage rate, the change in the coefficient here means an increase in the purchase prices of the agreements, that is, an increase.

It will bring serious burdens to companies

Industry players say the new tariff will place a serious burden on insurance companies. It should be noted that in the health sector, which shines for the pandemic, there will be ‘past loads problem’, just like in traffic insurance. Claiming that even today they cannot accurately reflect the real price increases of the policies, the companies providing health insurance services say that the new increase cannot be reflected in existing policies and that the policy loads that were cut in the first 6 months will be must be transported.

From a citizen’s point of view it means that there will be a sharp increase in health insurance starting July 1, when the new TTB tariff comes into effect. The rate of increase will be a minimum of 37.5%. However, medical inflation is not just about this tariff announced by the Turkish Medical Association. The prices of medical materials and drugs also constitute medical inflation. Note that as these are priced in a foreign currency, price increases can reach much higher levels and, in this context, the prices of health insurance policies will rise.

Nursen Eroldu, head of affiliated institutions of Acıbadem Insurance, a major player in health insurance, told DÜNYA: “The change in the coefficient in the minimum wage rate of the Turkish Medical Association means that there will be a change in our prices of purchase. This means an increase. At the beginning of the year it was 36 percent. It is now 37.5 percent more. We are talking about a cumulative increase of 88%. The prices at which the service is purchased determine the prices of the policy. This means there will be a sharp rise in policy prices. It can create purchasing difficulties for citizens, ”she said.

Turkish Insurance Association: Opinions and suggestions from the insurance industry were not received.

The Turkish Insurance Association (TSB), pointing out that the increase in ratios directly affects the premium amounts of private health insurance and that the large increases in premiums that may occur can lead to insured claims, is as follows:

“As you know, the Turkish Medical Association (TTB) transaction coefficient list is a reference list that determines the work of doctors and our associated health insurance companies use the reference list mentioned as a criterion in their agreements with health service providers. The above rate directly affects health inflation which will ultimately be reflected in the policyholder. For this reason, the determination of coefficients that will reduce the purchasing power of the policyholder also threatens the sustainability of the policyholder. health ecosystem as a whole.

The 36.08% increase determined in early 2022 and the 37.5% increase just announced correspond to a cumulative increase of 87.11% and this unexpected increase is above the CPI rate, as you know . It should not be ignored that the increases in the coefficients are very important in terms of calculating the costs of insurance companies and directly affect the premium amounts of private health insurance; It should also be noted that the high premium increases that can occur can lead to insured claims. Unfortunately, however, the views and suggestions of the insurance industry are not taken into account when determining the ratio. In this context, we would like to share our concerns that insurance companies have to bear the full burden of these rates of increase, jeopardizing the sustainability of the healthcare ecosystem. “

“It will make the current situation even more difficult”

Allianz Turkey CEO Tolga Gürkan recalled that although the insurance sector is not covered by coverage, it included COVID-19 in its health insurance policies, Allianz Turkey CEO Tolga Gürkan said that in the period following this period , the health insurance business has faced the postponed burden of care due to COVID-19 and claims that have risen significantly. Furthermore, noting that medical inflation has increased in a context of high inflation caused by exchange rate fluctuations and global developments, Gürkan said: “In response to this unexpectedly high inflation, the TTB has increased by 36% to the the beginning of 2022. remained beyond the prices of insurance policies, which priced the future and placed a serious burden on the health insurance sector. The sector, which wants to continue to serve policyholders in the best way, has undertaken it same effect. Finally, TTB announced a further increase of 37.5%, which will take effect from July 1. With this increase, the one-year change has reached 87%. This change will make the current situation more difficult; it will further intensify the burden on the health insurance sector. This further increase announced will result in an unexpected additional burden on the insurance sector rative for the parts of the insurance policies issued each year before 1 July, which will continue after 1 July “.

In addition to the announced increase, Gürkan expects this effect to begin to affect policy prices and there will be reductions in health insurance rates. Like Allianz Turkey, we believe that these problems will be overcome by taking into account the views of all stakeholders and we hope that our industry, which is one of the building blocks of the Turkish economy, will continue to create value for our country. “

Anadolu Sigorta Deputy Director General Kerem Erberk said the update was indeed known and expected by the industry and continued as follows: “We thought it would be done alongside the minimum wage update, but TTB announced the new prices. starting July 1. 37.5% is actually Turkey average. There are some coefficients, the calculations change accordingly. For example, when you look at Istanbul, it will increase slightly above 37.5%. Such price increases make us very unhappy, because we have to reflect that on the policies. Unfortunately, we will raise the prices of the policies. The main reason for this is the direct economic situation. Problems such as rising energy prices, staff wages and doctors’ salaries are inevitably reflected in hospital costs. If the health policy has coverage for outpatient care, it is a product that must immediately address a request for compensation. People inevitably see a doctor at least once or twice. It is reflected as a cost. Lately we have been giving such high numbers that the benchmarks have disappeared. On the other hand, as people pay high premiums, they’ve gotten to the point of going to take a look at even the smallest thing, even if they won’t use it. “Expressing that there may be some slowdown in health insurance with price increases. , Erberk said that there is a risk to the capital of insurance companies and said: “We have seen that the TTB would increase, we have made our preparations. We will reflect this on policies at the same pace. Less agile companies will quickly encounter some difficulties in terms of capital towards the end of the year. We also see that not everyone is ready and cannot act very quickly. If companies with a strong sales side think like “let’s write premium, then we’ll do it together”, I think this period will not be that period. So they can be a bit difficult. Companies have to react quickly so that their capital doesn’t melt. “

“The burden on insurers will become immovable”

“These hikes in the minimum wage rate by the Turkish Medical Association raise the medical inflation figure due to many factors such as changes in private hospitals and drug prices. Maher Holding insurance group president Ahmet Yaşar has stated that health care costs due to medical inflation and rising exchange rates should naturally be reflected in the policy premiums. Noting that despite this increase in premiums, cost calculations could not be made, Yaşar noted that this would have led to a problematic process in the health sector, adding: “TTB’s interim 37.5% increase in health insurance, after traffic insurance, is already based on uncertainty and foresight, where costs anticipate premiums. “The P&C ratio between policies sold under the influence of extraordinary uncertainties in two major industry items deteriorates further, making the burden immovable for insurers.”

Noting that the rates charged by hospitals and the size of the policy pool are the most important factors in determining the pricing of health insurance policies, Yaşar said: “With the newly announced TTB increase, insurance companies will need to review the prices of health insurance policies. their policies to ensure sustainability. Of course, this will become a disadvantage for new policyholders to join the system or for policy renewal for policyholders who are already in the system. The effects of the financial recession, both in our country and in the world, affect our industry like any industry. We, as Quick Insurance, focus on selling health insurance policies at a more affordable price range for our company, turning our direction towards insurances that are cheaper in price but cover directly some illnesses or complementary health insurances exiting the system will make the loss / reward ratio even more immovable.