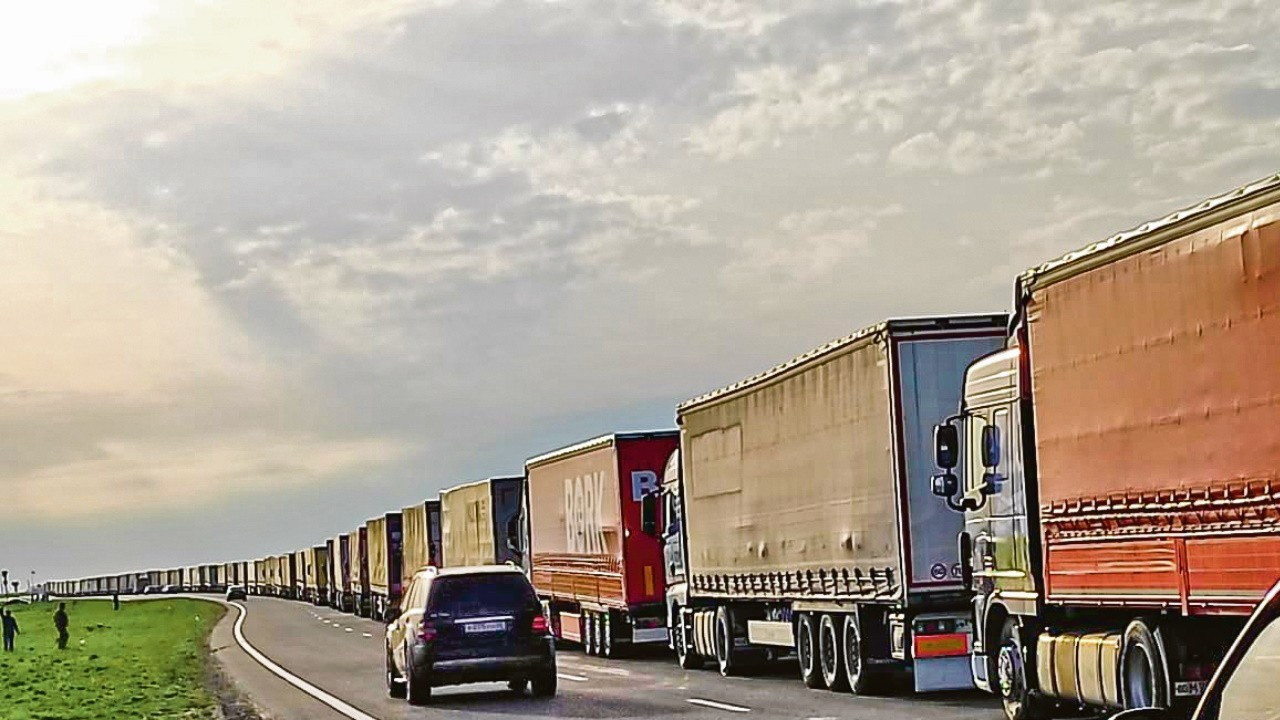 The president of Aras Holding Transportation Group, Recep Demir, carried out important assessments for the sector by announcing the group’s new investments in logistics. Pointing out that transporters are having a hard time turning the wheel due to rising input costs, especially rising fuel prices, Recep Demir said: “The transporter doesn’t have the power to make an empty trip for 1 km without its load “, said Aras Holding, with the software he developed, he has considerably reduced the problem of empty returns.

Three of the 6 companies affiliated with Aras Holding provide services in the field of logistics. Fillo Logistics has a widespread distribution network in 81 provinces with daily delivery points of 3 thousand and a shipping capacity of 4 thousand m3. Jetizz offers solutions to B2C service requests, especially e-commerce. Another subsidiary of the group, Arlo Logistics, which holds L1 and R1 certificates, is a company specializing in transportation, tendering and project-based logistics processes.

Before the pandemic, Fillo supplied 85% of its turnover with shopping center logistics. Recep Demir said they had great difficulties in the first period due to the closure of shopping centers during the pandemic and have entered several sectors to compensate for these losses. Demir explained the process as follows: “When the pandemic spread to Turkey in March 2020, we, as Fillo Logistics, supplied 85% of our turnover from shopping mall logistics. It was very difficult in the first few months. C “There were some sectors that we were aiming to overcome in two or three years. Such as food, glassware and medical transport. We have continued this investment to close the deficit on the side of the shopping centers”.

Recalling 106 percent of May’s inflation in the transportation sector, Recep Demir said: “You can’t raise 106 percent to customers. So what you need to do is ensure maximum efficiency in the operation.” Demir said costs in the industry were rising rapidly, but they couldn’t reflect it at the same rate for customers, pointing out that increasing efficiency with digitalization has become more important than ever. Stating that there are 800,000 trucks in Turkey, Demir pointed out that more than 50 percent of these vehicles are over 15 years old and said: “This in itself is inefficiency. 25 percent of every kilometer driven by each truck is wasted. “This is serious inefficiency,” he said. Expressing that operational efficiency has become more important than ever, largely due to the record rise in fuel prices, Demir said he has developed software that is important in this regard. Thanks to the software, a vehicle transporting goods between cities is guaranteed to find a return cargo. Because the empty return means a big cost. “Our empty return rate, which was 25% per kilometer, has dropped to below 20% thanks to the software,” said Demir. Stating that the share of fuel in total input costs is around 35%, Demir said: “This increases with the distance from the city you travel to.” Demir said the “money is earned when the wheel turns” rhetoric has turned into “money is earned when the truck is full” for the hauler. Demir said: “Just turning the wheel is not enough. If the truck is 60 percent full while the wheel is turning, that means a 40 percent loss. Much less between cities, the transporter does not have the strength to return empty-handed from the Anatolian side to Europe. In the past, the vehicle arriving from the empty Anatolian side, went to the European side, took its load from there and took its load from Hadımköy. Now, even 1 kilometer of the vehicle shouldn’t be idling. Because you can’t give the customer an increase in the cost increase rate. If you do, you can’t be competitive, “he said.

Growth accelerated with the diversity of services

The company not only offset its losses by entering new areas, it also closed 2021 with growth of 45%. Growth continues to increase this year as well. Recep Demir said it achieved 55% growth in the first 5 months of 2022 compared to the same period last year. Demir said: “There should be more than one foot in your business, so that when you have problems in any one area, the other can support you.”

50 million TL of investment in automation

The company will add new investments to its investments in 2022. An investment of TL 50 million in automation is underway at the transfer center on the Anatolian side. The investment will be completed in August. Demir said they are focusing on investments that will increase efficiency in transfer centers as well and said: “We have a device that you wear on your index finger. The staff are reading with that device. The occupational safety of the staff increases and can handle more. Therefore, we provide serious efficiency. If you don’t, you need to reflect 109% inflation, and if you can’t, you can’t achieve efficiency. The company is also willing to invest abroad on average and long term.

Pointing out that not only fuel costs but also expenses such as rent and staff have increased significantly in logistics, Recep Demir said he wanted the rent increase limitation to also apply to commercial properties such as offices and warehouses.