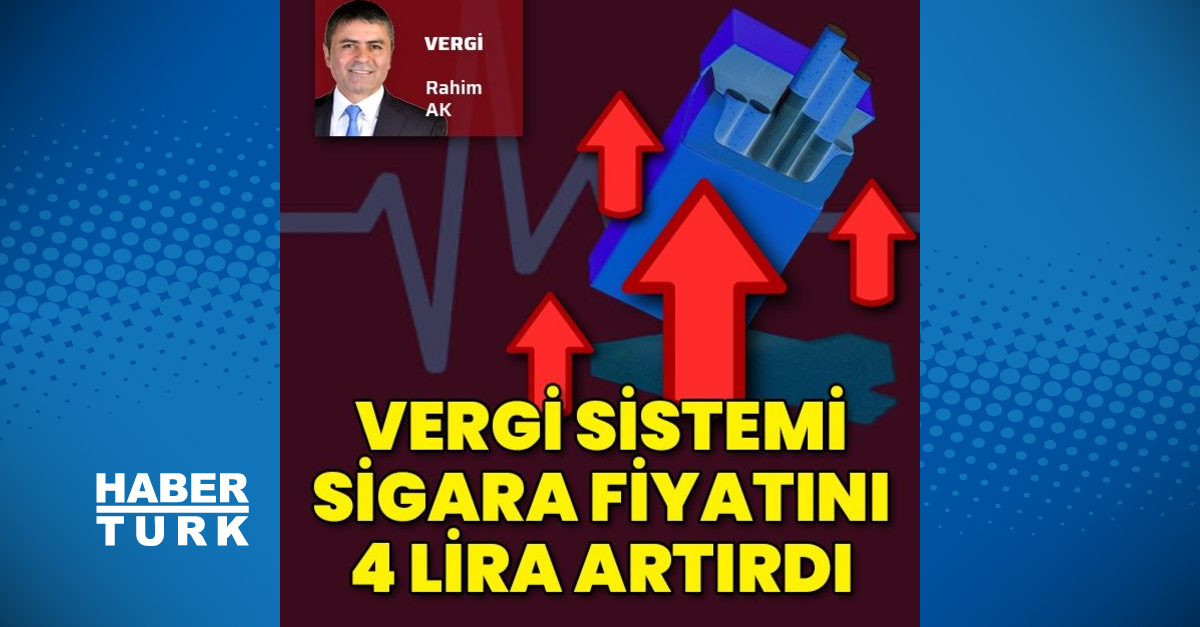 The system resulted in a further 4 TL increase in cigarettes

The biggest problem facing the Turkish economy these days is undoubtedly inflation. One of the major factors that create inflation are the automatic increases in cigarettes and alcohol every New Year and July. Since the rate of increase is also dependent on the PPI, there has been an astronomical fear of an increase every 6 months in recent years. On the other hand, the prices of cigarettes and alcoholic beverages have become so high that the possibility of losses is increasing. For some users, smuggled products cause damage to death. However, the state does not want to leave this door, where it receives high and consistent taxes. Fortunately this July, instead of a very high tax increase, he was content with a smaller increase. However, the cigarette companies still had to raise the price by 2 lire.

DEPENDING ON THE SALE PRICE OF THE TAX SYSTEM

So what’s the reason for this? Why are the price increases so high? On the one hand, the state has a desire to collect taxes. But on the other hand, the tax system is a source of large increases. The cigarette tax in Turkey depends on the selling price. The relative, i.e. the variable tax, is of great importance. 63 percent of the sales price and the VAT constitute the original tax. However, it doesn’t stop there. There is also a flat fee and a minimal flat fee. In the end, every 1 cent increase in tax must be reflected in the price as 6.8 cents. In technical language, the financial multiplier in the weighted proportional tax system is 6.8.

So how is the situation in European countries, where do we take everything as an example? The average proportional tax is 27% in EU countries that use specific tax weighting systems. The financial multiplier mentioned above is at the level of 2. In other words, in a system similar to the EU, an increase in the costs of 10 cents could be reflected in the average price of 20 cents, while in our system a 10 cent cost increase requires a price increase of 68 cents.

SO WHAT IS THE SOLUTION?

Minimizing the effect of cigarettes on inflation is possible with the harmony of monetary and fiscal policies. Reduce the multiplier effect by bringing the system closer to EU countries, thus minimizing the effect of cigarette prices on inflation; It can be achieved by reducing the related taxes and increasing the specific tax. Especially after the global crisis of 2008, 22 out of 28 EU countries entered into agreements on the taxation of cigarettes and reduced the relative tax rate and increased the specific tax amount. Thus, while achieving increased tax revenues, it made the cigarette tax system much more predictable and minimized the effect of inflation.

THE CENTRAL BANK HAS MADE A SIMILAR ASSESSMENT

The relationship between a high relative tax and a high tax multiplier has also been included in the studies of several institutions. For example, in the study entitled “Business Strategy, Consumer Behavior and Taxation in the Tobacco Product Market in Turkey”, which presents a detailed analysis of the relationship between tobacco product taxation and Central Bank consumer behavior, which it monitors by close to the increase in tobacco prices in terms of inflation targets, the relative tax rate. a more predictable and sustainable annuity can be obtained with more balanced relative and specific SCT rates, far from extreme values ​​”.

TAX ON CIGARETTES IN NUMBERS

-About 81% of the retail price of an average pack of cigarettes consists of SCT and VAT.

– Approximately 1.6 TL of the last 2 TL of price increase will go to the state as tax revenue.