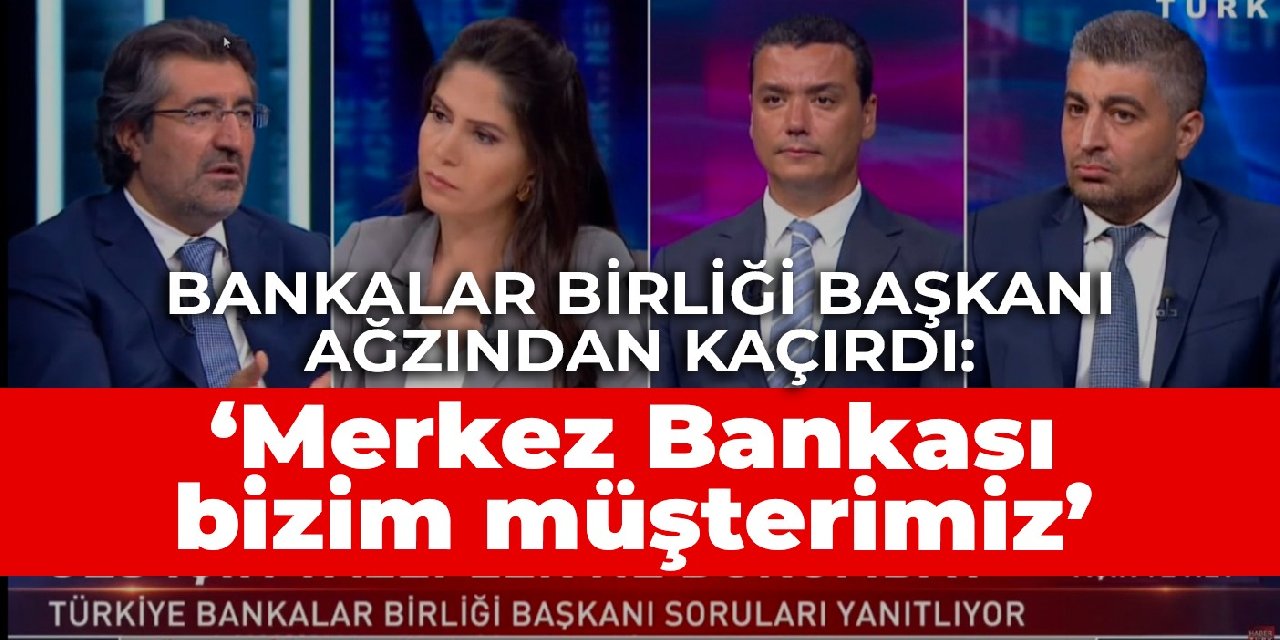 Published last night in Habertürk “Clear and clear with Kübra Par” The president of the Banks Association of Turkey, who was the host of the program Alpaslan Cakareditor-in-chief of Bloomberg HT Open Sezenmanaging editor of Haberturk.com Yavuz Barlas And Kubra P.answered ar’s questions.

At the end of the program, Kübra Par “I want to close the most discussed question by asking the question. It is always said that the foreign exchange level is fixed by selling foreign currency through the back door. Is there a backdoor exchange to keep the currency in check? Do public banks play a role in this? “ Alpaslan Çakar to the question, “Appearance. The banking sector is one of the most regulated sectors both in Turkey and in the world. It is one of the most controlled sectors. The regulation is very clear. We manage the processes on the basis of client transactions in foreign currencies. In other words, if I need it as part of my client’s foreign currency position, I will sell this foreign currency as part of the client’s transactions. Therefore, there is no concept of public banks selling foreign currency by creating open positions. “ gave the answer. by Yavuz Barlas “So this is what you mean by what I understand. We do not sell foreign currency in a way that puts our very existence at risk ”. After the question, Açıl Sezen intervened. “Is the Central Bank a customer too?” When Çakar asked, “For me, every institution in Turkey is a customer” She said.

Some flexibility is provided in the BRSA’s TL loan restriction

Alpaslan Çakar also said that the Banking Regulatory and Supervision Agency (BDDK) has brought some flexibility in TL loan restriction for companies holding more than a certain amount of foreign currency cash. Late last month, the BRSA announced it had made the decision to prevent independently audited firms that have more than a certain amount of foreign currency cash from obtaining new TL loans from banks. The Authority had announced three conditions to this effect, including the condition of being subject to independent audit. cakar, “Companies must submit an independent audit report during the credit use phase. They are bending this rule. Certified consultants will also be included. Previously, corporate credit cards and loans as part of the offering financing system were also included in the assessment. These are also removed from the tax base “ She said.

cakar, “In summary, the approval of the Chartered Accountant has arrived. Receivables under the Direct Banking System (DBS), corporate credit cards and supply finance were exempted. Loans granted by factoring institutions were subject to assessment of the basis “ He said.

‘KKM is not a sustainable product’

Çakar also said he believes the currency-protected deposit (KKM) is still a serious tool in terms of pressure on the exchange rate. “But the announcement is not sustainable. It may vary depending on the economic situation “ She said. Çakar stated that the KKM is still on the rise but the initial acceleration was not. “The average maturity of the deposit has increased significantly, obviously, it has significant contributions to the budget” She said.