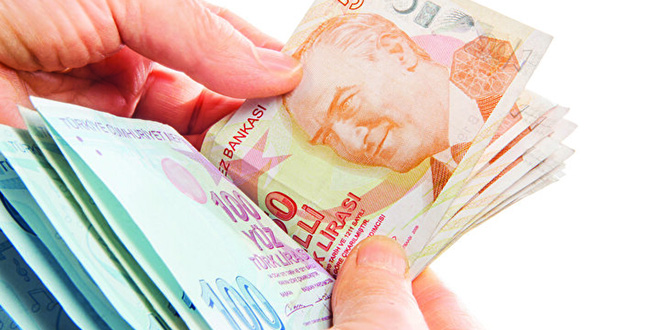 Speaking at the meeting, Alpaslan Çakar, Chairman of the Board of Directors of the Association of Turkish Banks and General Manager of Ziraat Bank, stated that he had carried out similar programs in Bursa, Gaziantep, Antalya, Tekirdağ and Izmir and that he had achieved positive results from them. dating.

Noting that the epidemic process had negative effects around the world, Çakar said that the world economy shrank 3.1% over this period.

Affirming that the world’s economies and authorities are struggling to protect the balance of their economies, production, supply, employment and functioning of business life, Çakar said:

“The process has had negative effects on many sectors. As we came from the pandemic period to 2021, this time we faced a process like this; the supply could not grow enough, unfortunately the supply chain could not be managed sufficiently. With the discovery of the vaccine, when we got to 2022, commercial life started working again. The supply chain began to be protected gradually. inflation in world trade. The entire global economy has had to face enormous inflation. “

– “If the price of oil rises in the world, it means net inflation”

Explaining that Russia is a market that provides important inputs to Europe and the world in some areas, Çakar said: “First of all, energy, oil and natural gas. Then it is a very important market in fertilizers and especially in food. Also, one of the most important items for our country is our very important market. Our tourism market. If the price of oil is rising in the world, it means net inflation. We have seen that the price of oil, natural gas and coal, or the price of energy, has also reached 1.5-2 times in the last 2-3 years. This is equal to inflation. To date, the last time in the US “We have dealt with inflation rates more high in 40 years, always in the Eurozone in the last 20-30 years. We are experiencing the same problem in our country. “He said.

Noting that the war had fallen short of expectations, Çakar recalled that the world economy had to revise its targets for growth, inflation, exchange rate, i.e. basic economic indicators, from start to finish, for the end of 2022.

Stating that Turkey grew 1.8% during the pandemic, Çakar said: “We were the country that grew the most, along with China. Last year, I think we were one of the countries with the highest growth, around 11%, along with England. Remember, in the first quarter of this year, 7 percent. We grew by 0.3 percent. Turkey is growing on average by around 5 percent. We forecast growth of around 5 percent this year. However, we must not forget that globally the challenges affect all developing countries as well as the whole world. Therefore, it is unthinkable that an open economy such as ours will not resents. Therefore, we too are affected. “made his assessment.

– “There are no problems in accessing credit in Turkey”

Çakar continued his speech as follows:

“There are no problems in accessing credit in Turkey. We are working to ensure that credit is used in the right channels. The manufacturing industry has the highest share in the use of credit with 28 percent. Then trade has 16 percent, construction 10 percent, and energy a 9 percent market share. Last year we see the manufacturing industry gained 2 points in Turkey. Previously, it was 26 percent. In fact, let’s see that there is an awareness and direction here to the point of selectively using loan, making it available to the right channels and making it available for production and investment. There are no problems in raising loans. The NPL ratio, which was 4, 2 percent in 2021, it dropped to 2.7 percent in May 2022. Look, there is a global crisis. There is a war right next to us. However, the debt ratio deteriorated, or the resilience of loans, is really good. Meanwhile, the fact that the loans have been transferred to bad loans does not mean that the loan has failed. Some of them are structured, others are paid late. Therefore, there is absolutely no problem in borrowing in Turkey. Loans are certainly collectable. As a Turkish banking sector, we have the capacity, the strength and the will to support the real sector. As long as we produce together, invest, export and employ “.

The meeting was also attended by the mayor of the metropolitan municipality of Denizli Osman Zolan, the general managers of public banks and some private banks.

After the speeches, the meeting continued closed to the press.