As conditions have deteriorated, reactions have increased in the Central Bank’s practice of exchanging incomes in foreign currency for exporters wishing to use TL’s rediscovered credits to both observe exchange rate stability and strengthen reserves. . The previous day, Central Bank President Şahap Kavcıoğlu met with TİM members and explained the details of the new regulation. During the meeting, exporters communicated that sectors focusing on imported commodities were negatively impacted by the practice. According to the information obtained, the Central Bank will examine sectors with a strong import input. It is stated that flexibility can be made in this regard if needed.
So, does the practice of bringing export costs to the country exist only in Turkey?
According to the IMF report, 90 countries have the practice of bringing the export price to the country within a certain period of time. In 55 of these countries, these prices are converted into local currency.

RUSSIA: The forced sale of export earnings was implemented at 75% with the depreciation of the ruble in December 1998 and by 50% between August 2001 and May 2006. When the exchange rate stabilized, it was raised. With the loss of the ruble, on February 28, 2022, exporters were again forced to convert 80% of their foreign currency income into rubles. As the ruble appreciated, the rate was reduced to 50 percent.

SOUTH AFRICA: Exporters must convert all their foreign currency earnings into Rand, via the competent authorities, at the latest within 1 month of receipt of payment. Only futures and / or options are allowed under certain rules.

INDIA: The exporter converts the foreign currency earnings into rupees at the end of the following month after allocating the amount required for the current month’s foreign currency payments and forward commitments.

ALGERIA: The export proceeds are brought into the country within 180 days from the delivery date. Another 50 percent is deposited in commercial banks. It is mandatory to sell 100 percent of the revenues obtained from the export of hydrocarbons and mineral products, which make up about 95 percent of the country’s exports, to authorized dealers. The delivery time for these products is 30 days. It can take up to 90 days.

WHAT IS THE RESKON LOAN?
Deferred credit are export-tied credit transactions provided by the Central Bank to exporters and companies engaged in foreign exchange earning services and activities. Since the loans are repaid in foreign currency on maturity, it contributes to the Central Bank’s reserves. 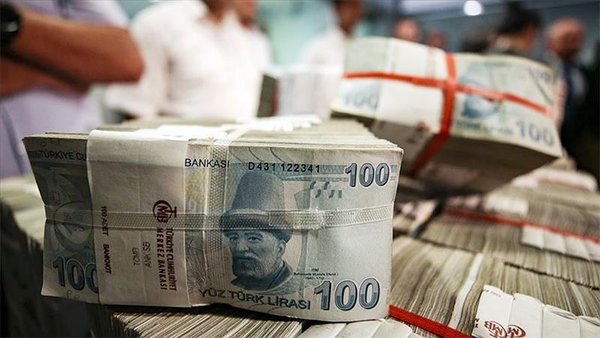 APPLIED IN UKRAINE MALAYSIA
Similar practices exist outside developing countries. Nigeria has made it mandatory to bring the proceeds of non-oil exports into the country and sell them to intermediary banks. In December 2016, Malaysia forced exporters to convert 75% of their income into Ringgit. After the revenues were converted into local currency, the exporters were allowed to purchase foreign currency to cover their liabilities for up to 6 months. In April 2021, after exchange rates had remained stable for a long time, the practice was stopped. Ukraine, which began the practice of converting 50% of its export earnings into Ukrainian hryvnia in November 2012, expanded the scope between October 2013 and August 2014 and applied all foreign exchange earnings of legal entities and real other than banks.

HOW IS THE SYSTEM IN TURKEY?
Center The Bank had made changes in the application of the discount credits to encompass all companies in order to encourage sales of foreign currencies. Consequently, the maximum maturity for the TL deferral loans was 360 days and 720 days for the defense industry. In the interest rate reductions of TL’s deferred loan, the existing commitment-based structure was canceled. TL rediscount rates were 300 points below the reference rate for 0-90 days, 200 points below the reference rate for 91-180 days, and 100 points below the reference rate for 181-720 days . Those who wanted to benefit from TL’s rediscount credits received a commitment to sell at least 30 percent to a bank, in addition to the current condition of sale of 40 percent applied to export prices to the Central Bank. Businesses can use TL rediscount credits up to the total amount they sell foreign currency.