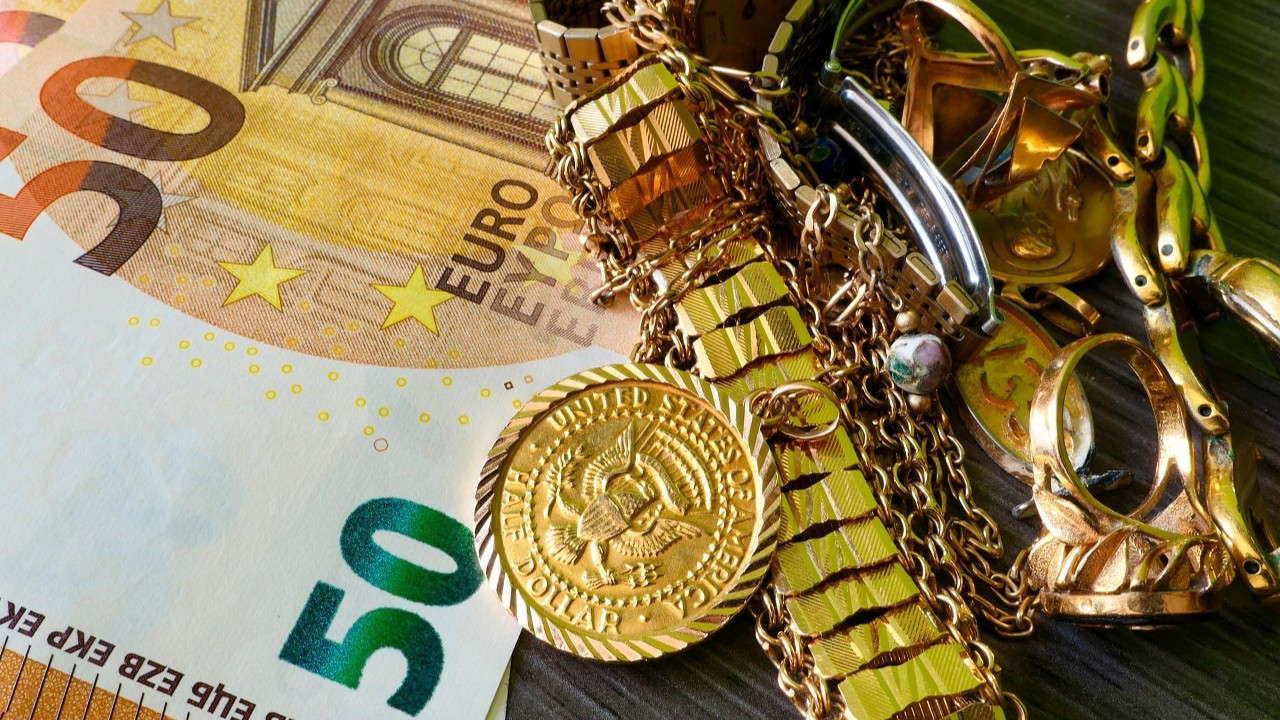 Gold continued its selling trend, which took over from last week, also this week. Gold fell to $ 1,700 an ounce as Fed comments and strong US data point to aggressive interest rates. While gold is falling dramatically in dollar terms, the tighter room for maneuver for rising interest rates across the Atlantic increases the attractiveness of euro-denominated gold.

The ounce of gold lost 3.5% in the past month and declined for the fifth consecutive month. Under the pressure of aggressive rate hikes from major central banks around the world, one ounce of gold has formed the longest monthly downward spiral since 2018. The annual loss below one ounce has approached 6% .

But gold behaves differently on both sides of the Atlantic. The Fed maintains its insistence on raising interest rates, while the worsening economic situation in Europe restricts the ECB’s room for maneuver on interest rates. This strengthens the dollar against the euro. While the dollar index is at the highest levels of the last 20 years, the euro / dollar is at the 1.0 level.

Gram gold is around 55 euros

Following the rise in interest rates in the US and the energy crisis in Europe, the Euro has fallen below 1 dollar in recent days. Concerns that rising energy prices would force the industry to cut production and thus drag the regional economy into recession led to sales to the euro. This meant that euro-listed gold significantly outperformed the dollar price this year, with an annual return of 12% as of August 30th. An ounce of gold is traded at 1,712 euros and a gram of euro finds buyers at 55 euros.

As investors wonder where gold will go, financial institution ABN AMRO has revised its forecast to the downside. Gold, which is about 15% lower than its peak reached at $ 2,070 an ounce on March 8, is expected to be led by central banks for the remainder of the year and into 2023. The bank said: “C “is a very important support area at $ 1,680-1,700 an ounce. We expect these levels to be retested and prices to fall below these levels, albeit temporarily. Our new estimate for the end of 2022 is $ 1,700 an ounce. We believe the gold price outlook for 2023 is more positive. Our forecast for the end of 2023 is $ 1,900, “he says.

Recession could be the light at the end of the tunnel

The drums of the recession are beating in the economy and this is expected to eventually lead to the purchase of gold. The Fed raised the federal funds rate to 2.25-2.50 percent in July. Another move is planned for this month. But Sunshine Profits analyst Arkadiusz Sieron predicts it won’t be long before the Fed throws in the towel and softens its stance again. Furthermore, the impact of rising interest rates has not yet been felt by the economy. Thus, the likelihood of a soft landing decreased. The US economy will slow down, but that doesn’t mean the Fed will control inflation. Instead, we may experience stagflation, which should be positive for gold prices. “Sieron said,” There is a light at the end of this narrow tunnel. Light that can make gold shine. Worsening macroeconomic outlook could increasing safe-haven demand for gold, while the fast pace of rate hikes that will soon slow could allow gold to bottom out and launch its next rally.