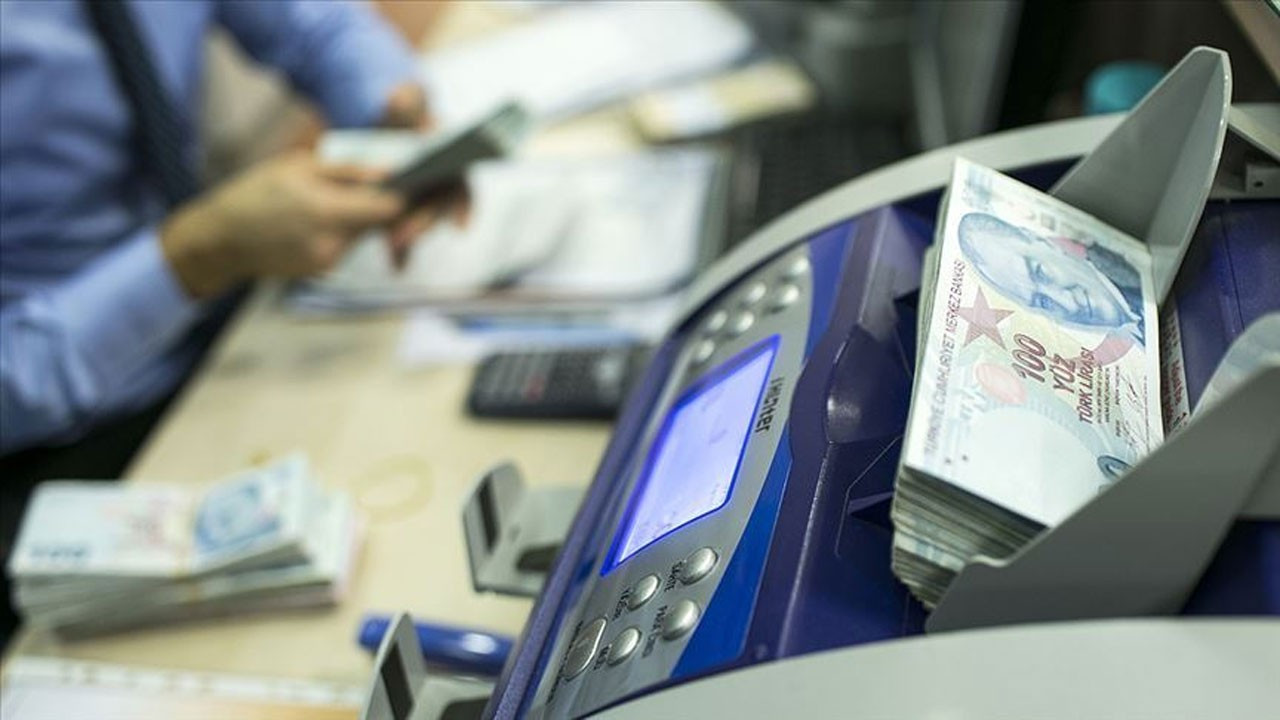 The Central Bank continues to take repeated steps in the context of the liraization strategy, brought to the agenda together with the Ministry of the Treasury and Finance in the last month of last year. While the most important pillar of the strategy, which launched in January and aims to transform foreign currency deposits into TL, are foreign exchange-protected deposits, while the lack of sufficient participation in the KKM continues to be supported by secondary macroprudential steps. Yesterday, the Central Bank decided to charge an annual fee of 3% from the mandatory foreign exchange reserves allocated by banks whose TL share of deposits is less than 50%. He stressed that the annual fee of 3 percent from the mandatory foreign exchange reserves, which is already at the 25 percent level, will have a negative impact on banks’ profitability and that the pressure to switch to the KKM will increase even more. According to initial calculations, the new commission decision should create an additional cost for banks of 12-15 billion lire. On the other hand, the banking index had a very positive day with a premium of over 4 percent yesterday.

As part of its support for the conversion from foreign currency deposit accounts and gold accounts to TL term deposits, the Central Bank mainly exempted the converted deposit and holding account amounts from required reserves. However, it has also decided to charge a 1.5% fee for the amounts held in foreign currency in mandatory reserves and to notify FX deposit accounts at CBRT. By June 30, it was decided to increase the commission rate by 1.5% applied to the mandatory reserves of the Central Bank and to alert FX deposit accounts at 5%. Furthermore, it was stated that the practice of charging double commission to banks whose conversion rate of the Central Bank could not reach 10.00 per cent separately for real and legal persons was abolished.

There is an annual fee of 3% in effect.

The Central Bank made a new move yesterday, and granted up to 3% commission per year from required foreign exchange reserves reserved by banks with less than 50% TL deposit portion. The CBRT sent the relevant decision to the banks with the letter sent to the banks regarding the application of the fees relating to the TL quota to the mandatory reserve and foreign currency accounts. The application will be effective from the date of obligation of 2 September. The letter from the CBRT states: “Supporting the improvement of the TL share on deposits, which is the main purpose of applying the fees according to the transformation objectives, continues with further steps towards increasing the TL share under the of the liralization policy “.

While banking industry sources pointed out that the commission rate will not apply to public banks, the holding said that domestic private and foreign banks are likely to be exposed to a 3% fee. The Central Bank’s required foreign currency reserves amount to 25%. It also offers 5 extra points for banks that have not made some conversion from foreign currency accounts to TL accounts and an additional 3 point ZK rate for banks that have not made enough conversions. In other words, if this 25% conversion rate isn’t enough, it goes even higher. Therefore, for banks that have not made foreign currency conversions and whose total TL deposits are less than 50 percent, if the effects of the extra ZK application on net profitability are calculated on an annual basis, it might be possible to impose a 30-31 per cent FX reserve requirement load. Banking sources have warned that banks could face an additional 6% cost. 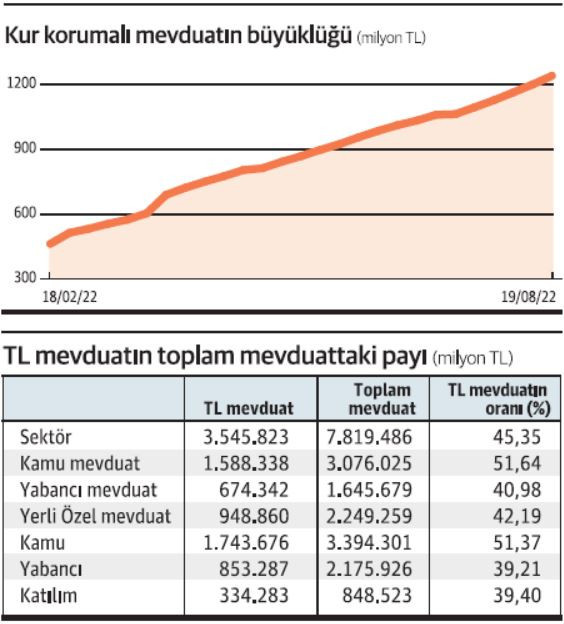 The moves into the banking sector were not limited to the conversion of foreign currency deposits. Furthermore, as part of the liraization strategy, the collateral structure of OMO funding was addressed to government bonds with a fixed coupon denominated in TL. Also, reserve requirements were first introduced for commercial loans, so this reserve requirement was converted into Treasury bonds. This commercial lending regulation was adopted to prevent foreign currency loans from being converted and to prevent the exchange rate from getting out of control by creating demand for foreign currency. A cap on commercial loan interest was imposed last week, and banks that charge commercial loan interest rates above this amount were forced to hold additional bonds.

Let the exchange rate not rise and reserves strengthen

According to BRSA data, in the week of August 19, the size of currency-protected deposits reached 1 trillion 246 billion 753 million lire. KKM’s share of total deposits increased to 16%. While the Treasury in TL conversions and the Central Bank bear the exchange risk in foreign currency conversions, the total cost of the Treasury’s KKM reached TL 60 billion in July. The CBRT, on the other hand, has not made any statements regarding the cost of the KKM. The Treasury had allocated TL 40 billion for KKM with an additional budget, but this amount was exceeded.

According to BRSA data, as of the week of August 19, the size of currency-protected deposits reached 1 trillion 246 billion 753 million lire. KKM’s share of total deposits increased to 16%. While the Treasury in TL conversions and the Central Bank bears the exchange rate risk in foreign currency conversions, the Treasury’s total cost of KKM reached TL 60 billion in July. The CBRT, on the other hand, has not made any statements regarding the cost of the KKM. The Treasury had allocated TL 40 billion for KKM with an additional budget, but this amount was exceeded.