The Japanese economic model provides examples of how to follow the path of monetary and fiscal policies against rising inflation on a global basis. Japan’s economic administrations, which implement a stable monetary policy, have for years been implementing policies that encourage people to save rather than spend. Therefore, the model of keeping prices low in anticipation, which supports Japan, is holding back inflation. As a result, in Japan, where prices are constantly falling, people prefer to wait to get their needs met and make it a part of their life.

Japan’s obvious difference in economy from other countries is that monetary and fiscal policies are implemented at a level that is mutually felt. A Bank of Japan (BOJ) official does not say, “The central bank is independent, no one can interfere with our policies”, on the contrary, the BOJ supports the economic model designed by the political government, while providing economic initiatives to the government. .

Although inflation surpassed the 2% expectation in May and June in Japan, where expansionary monetary policies continue, the Japanese economy administration wants the BOJ central bank to continue the low interest rate, which is even less. 0.1%, until it is seen that it is sustainable against rising inflation. The Japanese, who do not like to spend and want to live in abundance, fully support the current policy. 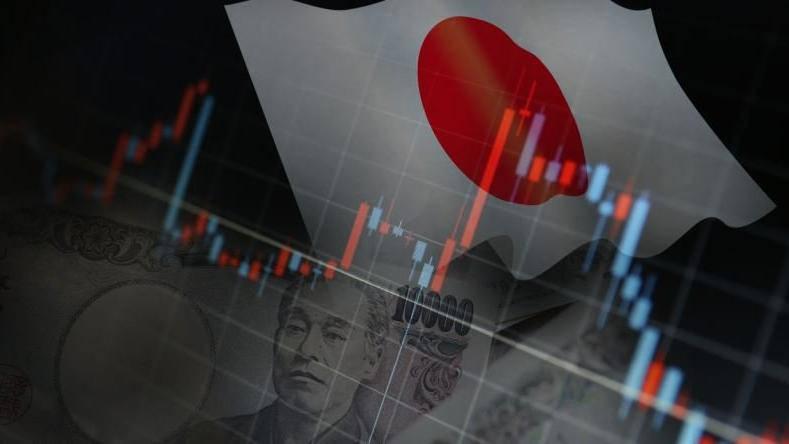 The Japanese political administration, in its document prepared for the BOJ, “The government will continue to conduct macroeconomic policy in a flexible way, with a bold monetary policy, a flexible fiscal policy and a growth strategy aimed at increasing private sector investment.” Specific monetary policy practices are expected from the BOJ for these policies.

Despite the fact that the expected inflation of 2% was exceeded as 2.1% in both the core and the title in May, it is observed that the administration of the economy will continue its expansionary policies in the same direction with the BOJ and will expects to beat inflation with ample liquidity. Food prices are not taken into the basket when calculating basic consumer price inflation in Japan, but energy costs are seen to be reflected in prices. On the other hand, in the indices where food and energy are calculated together, it is noted that inflation increased by 0.8 percent in May.

The statements of mutual support from the Japanese government and the BOJ, which lead the economy in coordination, do not escape attention.

While the central banks of many developed countries, notably the US Federal Reserve (FED), implement a strict monetary policy framework, Japanese Prime Minister Fumio Kishida provides serious support to the BOJ, which attracts attention with its monetary policy. expansive. 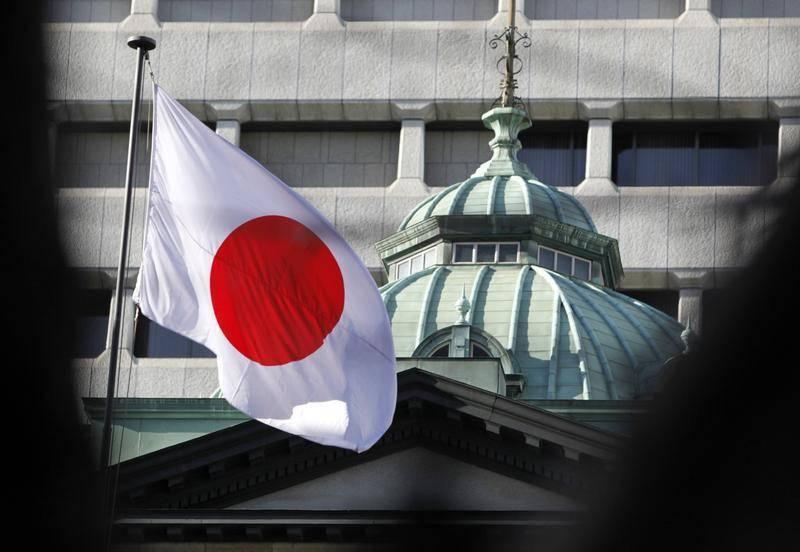 Kishida says enlargement policies will continue, while stating that the economy as a whole should be fully managed. Kishida says that otherwise the financial costs for small and medium-sized enterprises (SMEs) will increase if tightened monetary policies are implemented and that the trend in the world is not a viable method for Japan.

BOJ President Haruhiko Kuroda also says that the price increase is temporary, that citizens should not give up their shopping habits and that they will continue their expansion policies.

Pointing out that the monetary policy equilibrium rate is minus 0.1 percent and the 10-year bond yield target is zero, Kuroda notes that they have added foreign currencies to the BOJ’s list of risks that should be closely monitored. The BOJ says it closely follows developments in the financial and foreign exchange markets and how these will affect Japan’s economic activity and prices while making policy. 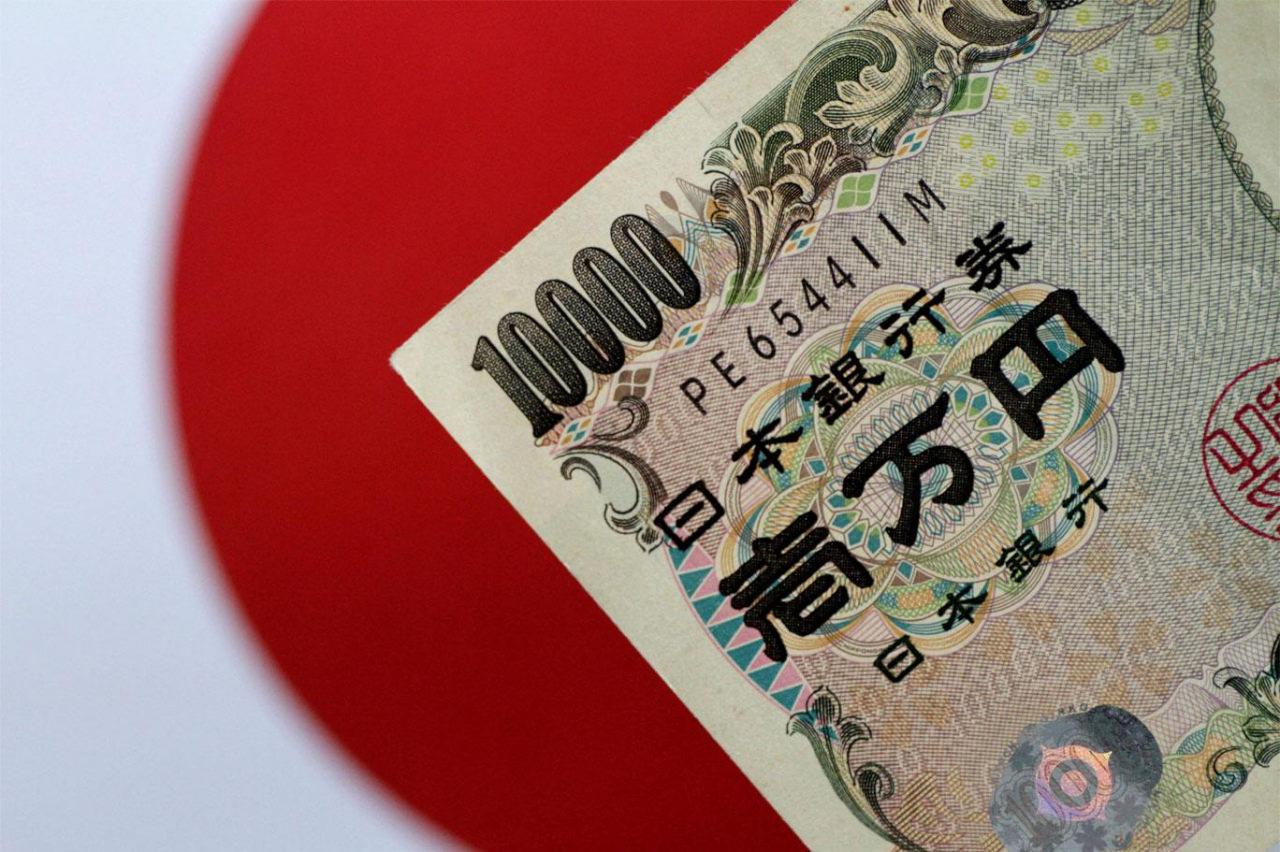 Economists, who have said the Bank of Japan (BOJ) will not abandon its expansionary policies despite the fact that advanced central banks have turned to tightening monetary policy against rising inflation, report that the Japanese currency The yen will maintain its expansive and controlling stance against the dollar, which has brought it down to its lowest level in 20 years. .

Economists predict that the BOJ will continue with negative interest rates, apply a 10-year Japanese government bond yield of zero percent, and buy the necessary amount of bonds to balance the market and the economy, and these purchases could continue until to the last quarter of the year.

Economists argue that the CPI rate will return to below 2 percent in a country where inflationary pressure is not high and that expectations in the forward-looking trend of price increases cannot be exceeded despite external risks.

Economists say major expansionary policies will not be abandoned depending on the temporary inflationary environment, where price increases in Japan are caused by import costs, which include food and energy rather than domestic demand, and the event in question is temporary because it depends on external risks.

Indicating that the BOJ will not change the current preference rate between the bond yield and the yen, economists point out that short-term market volatility will stabilize with monetary policy.

Economists say that while major central banks raise interest rates as part of tightening policies, bonds the BOJ will buy from the market to prevent rising bond yields will contribute to the sustainability of expansion policies.

WHY THE ECONOMY IS NOT REVITALIZING

Some of the economists, who have expressed their opinion that the Japanese economy has failed to achieve the desired vitality despite the expansionary policies, attribute the event to the Keynesian Liquidity Trap, while some economists argue that the model considered as the liquidity trap it is actually a “management expectation” that directs the economy in Japan. Economists comment: “In addition to lax policies, keeping interest rates low affects inflation while protecting the value of money by freeing it from volatility.”

Economists, who have argued that goods and services are always cheap with Japan’s monetary and fiscal policies, “The Japanese, who postpone consumption in such environments, wait in anticipation of lower prices, spend less and save and invest in foreign markets with the money they have. Therefore, there is no recovery in the domestic economy, but inflation is suppressed and foreign investment increases. use expressions.

Pointing out that the economic activity called samurai investments in the world should not be underestimated, economists draw attention to the fact that the Japanese, especially women, who like to invest rather than spend, have a significant amount of funds in the markets. foreigners.

Economists pointed out that especially the Japanese who invest in secondary markets, including Turkey, protect the local currencies of the countries mentioned by the dollar, “The event also took place in Turkey, and with the Japanese yen entering the country on time, TL appreciated against the dollar. We must not forget the commercial movements of Japanese housewives on the markets “ they are remembering.

Although financial markets around the world are mixed, economists have argued that Japan’s expansion policies and the Japanese people’s understanding of saving and investing rather than spending could again turn to foreign markets, and they also referred to to Turkey, which needs foreign currency.

economists, “Turkey, like Japan, prefers expansionary policies. Even though inflation is high in Turkey, as in Japan, interest rates are held at a certain level and prices will return to normal in the short and short term, and foreign investors are being sent messages on sustainable stability charts that the Turkey is one of the most suitable countries in terms of its investment environment.

THE ECONOMY DOES NOT LOVE EXCEPTIONALLY

Economists point out that there are many interpretations of what is the optimal inflation and interest rate, they argue that the normal level of inflation is beneficial and contributes to growth, but the zero level of inflation reveals a picture in which consumption falls and demand decreases.

While economists say zero and lower interest rates can increase the country’s debt, and thus Japan ranks second with $ 15 trillion in debt, after the United States, which has $ 30 trillion in debt, according to the World Economic Outlook Report published by the IMF in April 2022, developed countries say that among the countries that are expected to have the highest public debt compared to national income, by the end of this year, Japan is in first place with 263% .

Pointing out that the liquidity trap is one of Japan’s biggest handicaps, economists argue that money injected into the economy is kept inactive, does not enter the economy, people hold money like gold in their hands and that despite the low interest rate in the environment, there are major bond investors waiting for interest rates to drop.