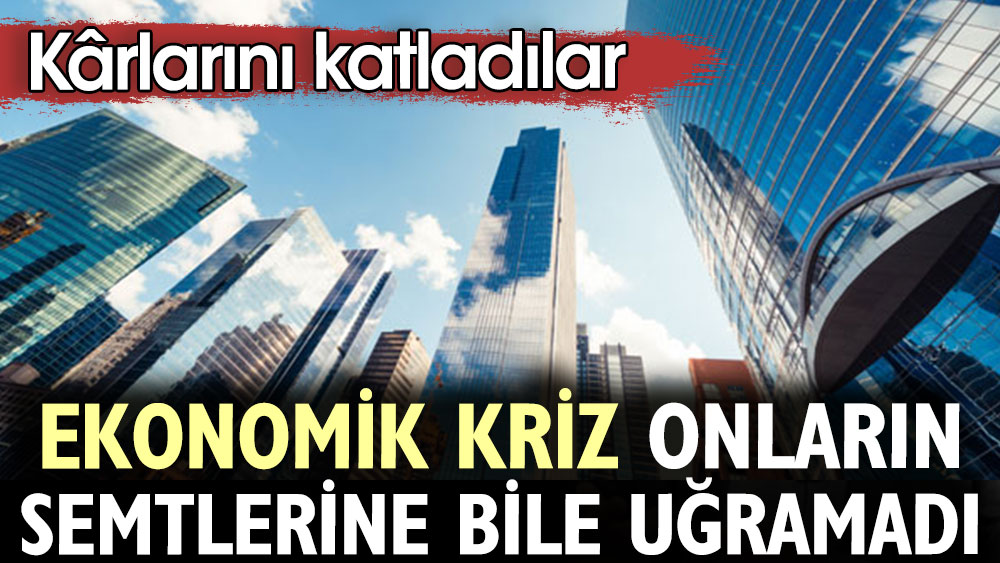 It is argued that while the working class is the biggest loser of high inflation, the rich are even richer.

According to the news of Havva Gümüşkaya of BirGün, The high exchange rate and high inflation, which began in September last year and accelerated starting in December, have lost the purchasing power of large segments of the population. It is claimed that while low-income, fixed-income, and retirees are the biggest losers from high inflation, millionaires are even richer, increasing their wealth.

According to the report drawn up by Ziraat Investment, In the first quarter of the year, the total net profit of 400 companies increased by 145.7% compared to the same period of the previous year and reached 111.18 billion TL.

According to official data for the first quarter of the year, which covers the period January-April, the increase in CPI is 18.5 percent.

According to this The profit rate of 400 companies exceeded the inflation rate of the first quarter by 7 times.

According to the calculations of DİSK-Ar, the total loss of purchasing power of the minimum wage for the first five months of 2022 reached 5.7 TL.

“We could have taken drastic measures to reduce inflation. We preferred production and growth. Producers and exporters benefit from this system, except for low incomes ”.

The confessional words of Minister Nabati are confirmed once again by the profitability rates of companies. The happy few were the winners of high inflation. The eyes and ears of employees whose wages have melted in the face of inflation are on the increase in the minimum wage, which remains uncertain despite the middle of the year.

Here are some earnings increases for some companies in the first quarter:

BUILDING LOANS
Yapı Kredi Bank, Garanti Bank, Vakıflar Bank and Halk Bank, which fall into the category of large banks, increased their annual profits at a high rate, impacting the total increase in profits by 12.8%, 12.2% respectively , 5% and 4.3%. .

BORN
In this quarter, Şişe Cam, Alarko and Doğan Holding contributed 4.9%, 2.2% and 1.3% to total earnings growth.

ERDEMIR
Erdemir and İsdemir in the steel sector contributed 6.6% and 3.5% respectively to overall profit growth.