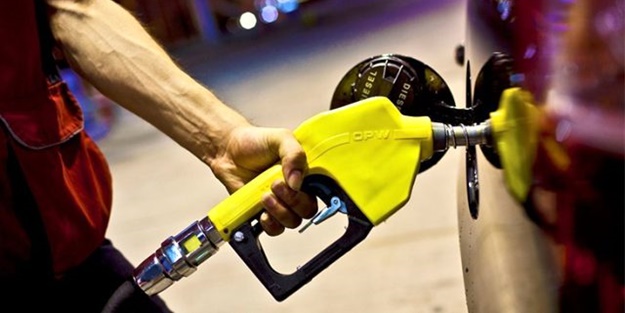 The price per barrel of Brent oil, which climbed to $ 125.19 last week, fell to $ 111.72, ending the week at $ 113.12 as fears intensify that economic growth will slow down markets and demand for oil. oil decrease. The price of Brent crude, which began this week with a fresh rally as supply-side concerns overshadowed concerns about demand, and soared to $ 116.25 on Tuesday, soared to $ 107.03 on Wednesday, with expectations that US President Joe Biden will take action on fuel tax cuts, in addition to growing concerns about the recession, as much as it has subsided. At the same time, the price of West Texas Intermediate (WTI) crude rose to $ 112.47 per barrel, before rapidly falling to $ 101.58. So, will there be a discount or a raise for petrol and diesel? Here’s the flash development on fuel prices …

Although supply and demand developments will impact global oil markets, the current fluctuations in oil prices are expected to continue. Spencer Welch, Director of Oil Markets at S&P Global Platts, who made statements on oil price developments, said: “The market is still tense; because Russian production is sanctioned and there is a decrease in available Russian gas. However, there are now bigger concerns, such as the risk of a global recession and high inflation. Indeed, demand for oil is expected to disappear from China. These are the factors that drive oil prices down, “he said.
Oil price forecast

Speaking with Bloomberg HT, Welch pointed out that the current situation is not a recession, but a concern about the recession. however, he is unable to deal with both at the same time. He appears to think that high inflation is a bigger concern and is raising interest rates to address it. “This further exacerbates the risk of recession,” she said.
“Everyone in the world has problems with rising energy prices. So the fear of the recession is real. Coming to the effect on the oil market, oil prices will drop slightly. Because when there is a recession, people are spending less on oil and there is a decrease in demand. On the other hand, the situation between Ukraine and Russia has not disappeared. It cannot be said that oil prices suddenly drop to $ 50 or $ 60 a barrel. “What we are talking about is that oil prices could drop below $ 100,” she said.

After the increases in fuel prices due to the rise in the dollar and brent, the drop in the price of oil has led to the discount. After the 25-cent drop in gasoline prices on Wednesday 22 June, eyes turned to diesel prices. When the dollar rate, which is in effect on fuel prices, fell below 17 pounds after the BRSA decision, millions of citizens expected a discount.

However, according to the latest information obtained from industry sources, it has been learned that there are still no discounts for the price of diesel, which increased by 1 lira, 27 cents and then 80 cents more, last week.