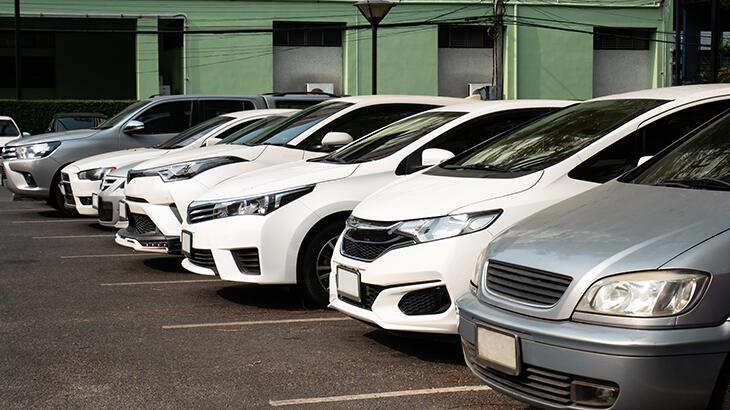 Stating that interest in the second-hand market has increased as Eid al-Adha approaches and that this has also affected prices, MASFED President Aydın Erkoç said: “Car prices have increased with rising demand and rising costs However, the upward change in prices almost during the day negatively affects the market. We do not think that used car prices will decrease until the problems encountered in the supply of new vehicles are resolved. While these problems are expected to persist for at least another year, second-hand demand will continue to rise. We think prices will rise accordingly.“shared his opinion.

“Used is now seen more as an investment tool. We expect this situation to continue in the next period as well. We are currently having difficulty finding a vehicle on the market. That is why we recommend our citizens to meet their automotive needs as soon as possible. ” MASFED President Aydın Erkoç

‘SOME PEOPLE LIFT THE MARKET’

Explaining that the lowest new vehicle at the moment is 400,000 TL, Erkoç said: “Even if you have cash, you can’t find the vehicle when you go to the dealer. You place an order, you line up and you can buy the vehicle with the price. that day’s sales every time it comes at this point. People who are not related to the profession also increase the market. They go to buy the vehicles from the dealerships and sell the vehicle, which is 400,000 TL, for 450-500,000 TL. This is one of the factors causing the price imbalance.” He said. Addressing those who will buy vehicles in full operation before the holidays, Erkoç said: “As always, they should shop from solid, reliable and corporate locations. They should not fall into the trap of scammers, “he warned citizens to be careful.

Marilyn Monroe’s face is in her hands! There’s nothing left to doView the news

Stating that there has not been very intense activity in the used car market for Eid al-Adha, sector official Cengiz Köse said: “However, the sales rates have increased significantly compared to previous months. Citizens who wanted to spend their Eid-al-Adha holidays in their hometown looked at the vehicles in line with their budgets and bought the vehicle without hesitation. There is no rapid increase in used car prices compared to previous weeks. We can say that the market is slowly starting to stabilize. I advise anyone buying a vehicle to act quickly and not leave these needs for the next few weeks.” She said.

EXPLOSION OF THE REQUEST ON THE RENTAL VEHICLE

Due to Eid al-Adha, the number of people wanting to rent a car has increased considerably. Oğuzhan Beyler also added the following:

“There is a lot of interest from Arabs in particular. Even those from Germany are asking for rental cars. The market is very lively right now. There is a 200 percent increase in the car rental rate. growing demand, there is no rental car on the market. Even companies that take advantage of them have very high prices. Currently companies also rent small vehicles from 700 to 1000 TL. At the moment, cars are not produced in the factories due to Chip Crisis. This “The situation drives up used car prices. Even people who don’t have the budget to buy a car need to rent one. Currently, car rental companies make more money than people who come from abroad. “

Breathtaking Night in Survivor 2022! Here are the Survivor All Star finalistsView the news

Waiting for separationJorge Jesus wanted left-back, he aspires to Fenerbahçe! View the news