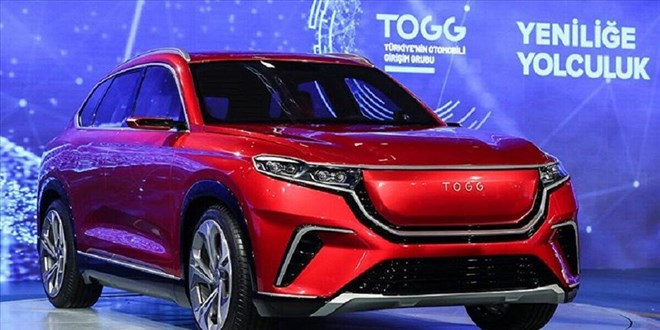 – The Automobile Initiative Group (Togg), established on 25 June 2018 under the leadership of President Recep Tayyip Erdoğan, is preparing to unload the automobile, which is one of Turkey’s visionary projects, 4 years after its establishment.

Togg, which was founded for Turkey’s dream of the national and national automobile at the invitation of President Erdogan and is expected to lead Turkey’s mobility transformation, turns its 4th year on June 25.

According to information gleaned from AA correspondent Togg, which bills itself as Turkey’s global brand in the race for electric smart devices, whose players are still on the starting line, is making final preparations for mass production.

Looking back on the point reached, important steps have been taken both in terms of branding and production after the characteristics of the “C-SUV”, C-Sedan “models were shared for the first time with the public at the meeting on 27. December 2020 with the participation of President Erdogan.

The process in the project, accepted as a pioneer of the revolution of transforming the Turkish classic automotive industry into the mobility ecosystem, continues as planned at the beginning. In this context, Togg, which was formed to create a global brand whose intellectual and industrial property belongs 100% to Turkey, and to form the hub of the Turkish mobility ecosystem, ended with construction work on the facility. which started in Gemlik on July 18, 2020.

In the plant, where at least 30% of its employees will be women, the local population will be 51% at the start of production and will reach 68% in 2025.

Although a nondisclosure agreement was entered into to partner with 10 global companies around the world, all suppliers were selected for Togg’s first vehicle.

75% of them are from Turkey and 25% are companies other than Europe and Asia.

A 1.6 kilometer test track was completed at the Togg Gemlik plant, dubbed “More than a factory” with its functions gathered under one roof and its smart and environmental features. Togg has completed one of the key phases of the work at the Gemlik plant, where trial production is approaching step by step, more flawlessly. After part inspections and verifications, he successfully produced the first C-SUV body from robot lines.

At the facility, where a total of 250 robots will be installed, trial production will begin at the end of July this year. As the plans progress, Togg will be ready for mass production in the final quarter of this year.

According to the information provided, the innate electric car with the longest wheelbase in its segment is distinguished by its technical characteristics as well as its design.

As a result, the Turkish car will reach 80% occupancy with a quick charge in less than 30 minutes. The car, which will have the autonomy options “300+” and “500+” kilometers with its innate modular electric platform, will be constantly connected to the center and will be able to receive updates remotely via 4G / 5G connection.

Equipped with a long-lasting battery pack provided by advanced battery management and active thermal management systems, the car can accelerate from 0 to 100km / h in under 7.6 seconds with 200 horsepower and in 4.8 seconds with 400 horses.

With the battery built into the platform, compatible with the 5-star Euro NCAP level, it will have high collision resistance and 30% more torsional resistance.

– High-speed charging stations will be established in all 81 provinces

On the other hand, work continues on the charging infrastructures both by the Ministry and by Togg. Minister of Industry and Technology Mustafa Varank said: “We will provide total support of 300 million lire for the creation of more than 1,500 high-speed charging stations in all 81 provinces. Therefore, we will equip Turkey with charging stations. within a year”. he had issued a statement.

Following the completion of the homologation tests, the SUV, the first vehicle in the C segment, will be launched at the end of the first quarter of 2023. The Sedan and Hatchback models of the C segment will then enter the production line. In the following years, with the inclusion in the family of B-SUV and C-MPV, it will complete the product range consisting of 5 models with the same DNA.

Togg, which will employ a total of 4,300 people when annual production capacity reaches 175,000 units at its Gemlik plant, plans to produce a total of 1 million vehicles in 5 different models from a single platform until 2030.