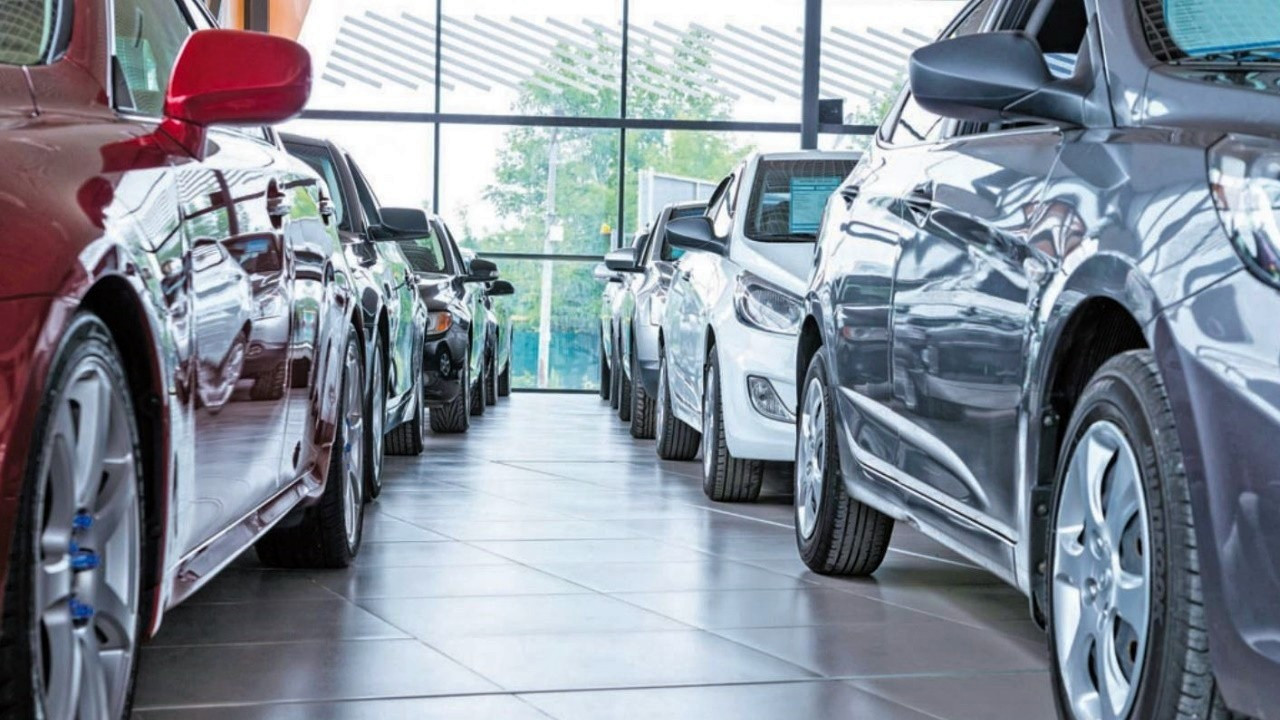 ■ Speaking with WORLD, industry officials said that interim measures are more damaging to the market and that a fundamental change in the system is needed to solve problems, particularly taxes. The real threat in the industry is seen as the cheapest new car moving towards 500K TL instead of second-hand prices.

While access to new cars in Turkey has become increasingly difficult due to rising exchange rates and high inflation, as well as financial difficulties, recent government interventions, especially in the second-hand market, have deeply confused the automotive market. In the market where uncertainty has increased, sales have started to decline both to zero and second-hand. Claiming that the steps taken have exaggerated the problem of trust rather than market normalization, industry representatives are waiting for a radical solution to the problems.

The auto market has left a very active week. The market, which had stagnated due to SCT reduction rumors in the previous week, was mixed with consecutive government news last week. First, the statement by the Minister of Commerce Mehmet Muş that they are working on a regulation that will bring a limit of 6 months and 6 thousand kilometers to companies, galleries and rental companies after the sale of brand new vehicles they have purchased, has upset the market. The Italian Antitrust Authority (RK) therefore launched an investigation into the four main second-hand companies in the sector for violation of Article 4 of the Competition Law. Before the market got over the shock of these developments, Treasury and Finance Minister Nureddin Nebati said he plans to raise SCT at a meeting. Then, in his tweets on Friday, he announced that it was a joke and that the reduction of SCT was not on the government’s agenda. According to a rumor that emerged last week, the government is preparing to raise excise duties on ultra-luxury vehicles. All these developments have increased the stagnation of sales in the automotive market.

Speaking to WORLD, automotive industry representatives stressed that the government’s measures to prevent exorbitant prices, especially in the second-hand market, will have a limited effect on its purpose. According to some, such measures harm the market the most. Industry representatives said the main problem is the exchange rate, difficulties in accessing consumer finance, high interest rates and a tax system based on SCT, unique in the world. The authorities stressed the need to review all aspects of the tax structure applied to the Turkish automotive industry by adopting the views of all stakeholders rather than temporary measures.

Ali Haydar Bozkurt, President of the Automotive Distributors Association (ODD), evaluated the developments in the market last week at the WORLD. Evaluating the preparations for the 6-month, 6,000-km limit for the sale of brand new vehicles purchased by companies, Bozkurt said: “The main objective with the studies on the new regulation is to reduce the ‘balloon’ prices of second-hand vehicles. but no. It aims to prevent zero-kilometer vehicles from falling into the tunnel market. Kilometer zero will not affect vehicle sales, as the availability of new vehicles continues to be slightly below demand. He said the deal will affect institutions queuing up for a new vehicle and buying the vehicle directly to sell it, but it will have a limited effect on real people. Bozkurt stressed that the normalization of the new vehicle supply will eliminate this situation.

Normalization is possible with an increase in supply and a decrease in exchange rates.

Stating that the excise rhetoric that occupied the agenda last month, especially on second-hand vehicles, caused some stagnation and therefore a slowdown in prices, Bozkurt said it will be seen over time if its effect is long-lasting. term. Bozkurt said: “After all, there is still not enough supply on the side of the new vehicle. The growing number of COVID-19 cases around the world has begun to put pressure on production again, and the currency-based cost of the car in production continues to rise. All things considered, it appears that under normal circumstances, the supply problem will be a bit difficult to solve in the near future. Unfortunately, as with any product whose price is expected to rise continuously and there is a shortage of supply, the processes we are going through right now come to the fore. We hope that the supply problem will be solved as soon as possible, the increase in production costs of vehicles based on foreign currency ends, the exchange rate does not increase against TL so that we can gradually return to normal market conditions “, he has declared.

Stressing the need to reassess all aspects of the tax structure applied to the Turkish auto industry, Bozkurt said: “It is important for Turkey to look at the auto industry more strategically. The automotive industry is one of the important industries of developed and developing countries. To protect and support it, we need to take the necessary steps together as part of a sustainable medium-term plan to adapt to the changes taking place in the world. In order for consumers in our country to prefer new technologies in parallel with developments in the world, issues should be dealt with in every aspect and auditing practices should be initiated after the necessary preparatory work, in particular fiscal.

No hope of SCT reduction, base upgrade expectation increased

The market, which was desperate for the reduction of the SCT, has raised expectations for the regulation of the tax base. Because the prices of new cars continue to rise. With the new increases in August, the number of models in the SCT segment dropped to two by 80 percent. This number surpassed 10 in July. The price of the cheapest car was based on 400 thousand TL. The number of models under 400 thousand TL does not exceed the fingers of one hand. Making a statement on this topic, ODD chairman Ali Haydar Bozkurt said: “I don’t think there will be a decrease in SCT, but it should be noted that the tax base should be updated and the SCT application should be reconsidered to some extent. which encourages new technologies. In the Special Consumption Tax (SCT) applied to motor vehicles, a phased system was introduced as of 2016. In today’s conditions, the absence of a model that can benefit from low tax brackets leads to unfair treatment for consumers. To date, most models on sale fall within the 80% tax bracket. Looking at it today, there has been an expectation in the industry regarding updating base amounts, especially at the point where which prices have arrived due to exchange rates, given that almost all models are included in the 80 percent SCT segment. “

Melih Mutlu, General Manager of Otoshops used cars, said that not selling new vehicles before 6 months and 6 thousand kilometers from the first registration will certainly avoid opportunism, but cannot prevent such sales made through private individuals. Mutlu said: “To solve the problem in essence, wholesale regulation of the tax system should be done.” Mutlu also said that high interest rates on loans and difficulties in accessing long-term loans continue to hamper the market. Muhammed Ali Karakaş, CEO of Otomerkezi.net, one of the second-hand vehicle companies, made similar statements and said: “Today, 1 in 30 people in Turkey are engaged in the business of buying and selling cars and settling it does not cover private individuals. A price decrease of 5-6 percent. “We expect this to happen. However, there are many issues that need to be resolved, such as the exchange rate, the high interest rates citizens face in consumer finance, and the problems with our tax system, and these are the factors that will affect prices. Our country now needs a car ministry that has full control of the dynamics of the sector. “On the other hand, according to information obtained by DÜNYA, some representatives of galleries and dealers in the sector met last week and have discussed the possible consequences of the 6-month ban on new cars. Industry officials present at the meeting, arguing that individual consumers rather than companies are selling brand new second-hand vehicles, united in the view that if such a restriction it is not imposed on individuals, the impact of the importance to be assumed will be limited to the market The authorities are planning to transfer this common vision to the public.

“We must abolish the SCT, take only the VAT”

Albayrac, one of the well-known names in the luxury vehicle market, and Ferhat Albayrak, founder of Minoto, stressed that the tax system in the Turkish auto industry should have changed radically and said: “As in the US and the EU, only VAT should be levied on the automotive sector and SCT should be completely abolished. All other actions taken only worsen the market. “The situation we find ourselves in is about the balance between supply and demand, not with opportunists or similar bodies, “he said.” It’s a mess, we see nothing but a cloud of dust “A representative of a car dealership, speaking to DÜNYA, explained the impact of the latest developments on the market with these words:” It is It’s a mess. Sales are down. Unfortunately, we have a hard time understanding why. It’s not easy to understand why. Customer voices have dropped. We see that sales of the used are most affected. I think the sales will be serious. We can see nothing but a cloud of dust ”.