As vehicle prices rise day by day, owning a new car has become just a job for the rich. Indeed, there is a picture of “sold out” in retailers due to supply problems, but the facts are by no means the case. Faced with the internal market, which continues to contract, neither production nor exports have any flavor. Not only against the contraction of the internal market, but also new investments are starting to slow down.

Stating that one of the main reasons for the ongoing activity is purchases made for investment purposes, Cardata CEO Hüsamettin Yalçın said: “The second-hand vehicle market was not very good until March. He recovered after March. People buy second-hand vehicles not only because they need them, but also to buy and sell, for investment. This user preference preceded the need for mobility. For this reason, the increase in used vehicle prices since the beginning of the year has reached 39 percent. Yalçın said that since the first months of the year there has been a 35 percent increase in the prices of new vehicles, this situation being reflected in the used market. Yalçın said: “Vehicle prices continue to rise. That’s why people invest in the vehicle. 1.5 million TL at the authorized dealer, 1.8 million TL at the dealership. Instead of waiting for 4-5 month supply processes, consumers prefer the gallery. There is no longer any new car model below 315,000 TL. “There are only 20 car models under 400,000 TL,” he said. 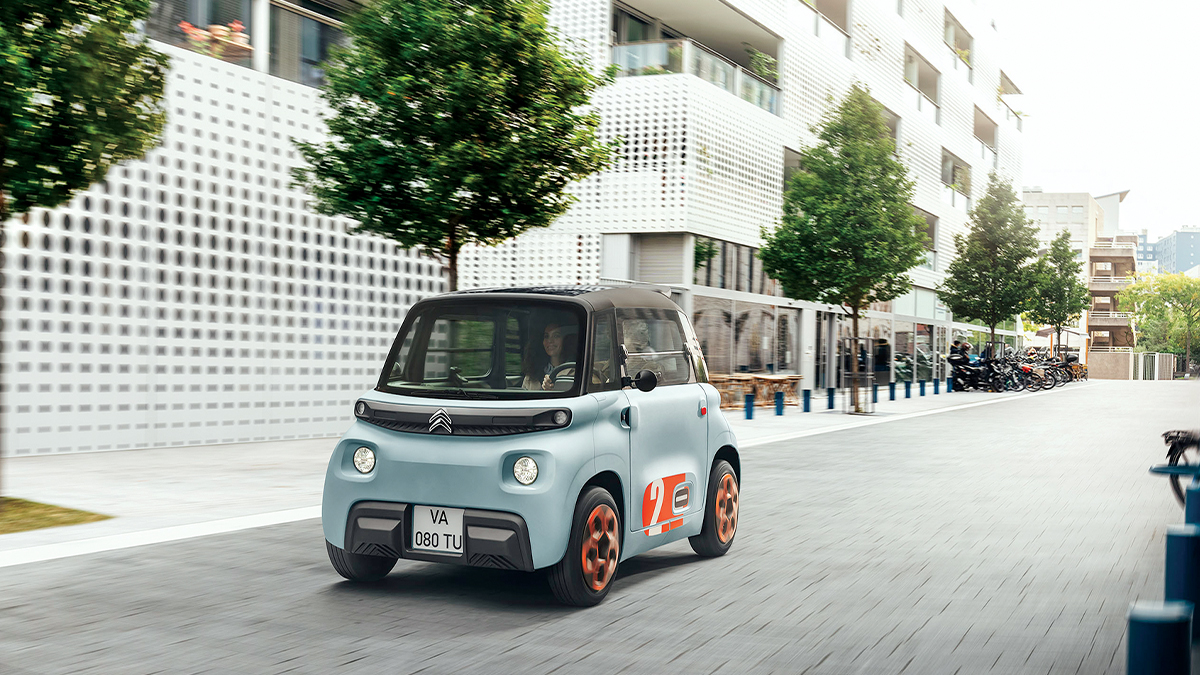 Citroen Ami’s mobility vehicle did not come with a price range as expected. The model, which entered the Turkish market with a price of 219 thousand lire together with the pressure of the increasing exchange rate, will meet consumers only through online sales. The price of the vehicle in France is around 7 thousand 400 euros.

Ami, the mobility vehicle introduced some time ago by the French company Citroen, has entered the Turkish market. Citroen Ami, which is supposed to be an alternative to rapidly rising prices in Turkey, did not come with a price tag of 150,000 lire, as expected. The model, which attracts attention with its price of 219 thousand lire, also had its part from the pressure of the gearbox. Ami, which began sales for corporate customers in December 2021, will now reach the end consumer through online sales. Citroen Turkey General Manager Selen Alkım said: “Let’s see how good we have been when we introduce our Ami model to the Turkish market, with the response we get. Since our launch, we have achieved 400 corporate sales. In retail, more than 300 customers have already created a pre-application to purchase the vehicle. We expect sales of around 500 units in the retail channel this year, depending on the supply. We aim for Ami, our 100% electric mobility solution, which we sell through online channels, to reach a total of 1000 sales units, achieving significant success in its first year “. The model accelerates up to 45 kilometers per hour. The vehicle actually starts out as a four-wheeled bicycle. The Ami can achieve an electric driving range of up to 75 kilometers on a single charge. The 5.5 kWh lithium-ion battery is hidden in the vehicle floor and can be easily recharged with the cable located in the passenger door sill. Three hours is enough for a full charge in a standard 220 Volt socket. Ami can be used by anyone with a B1 license from the age of 16.

CAR OF THE YEAR IN TURKEY HYUNDAI TUCSON 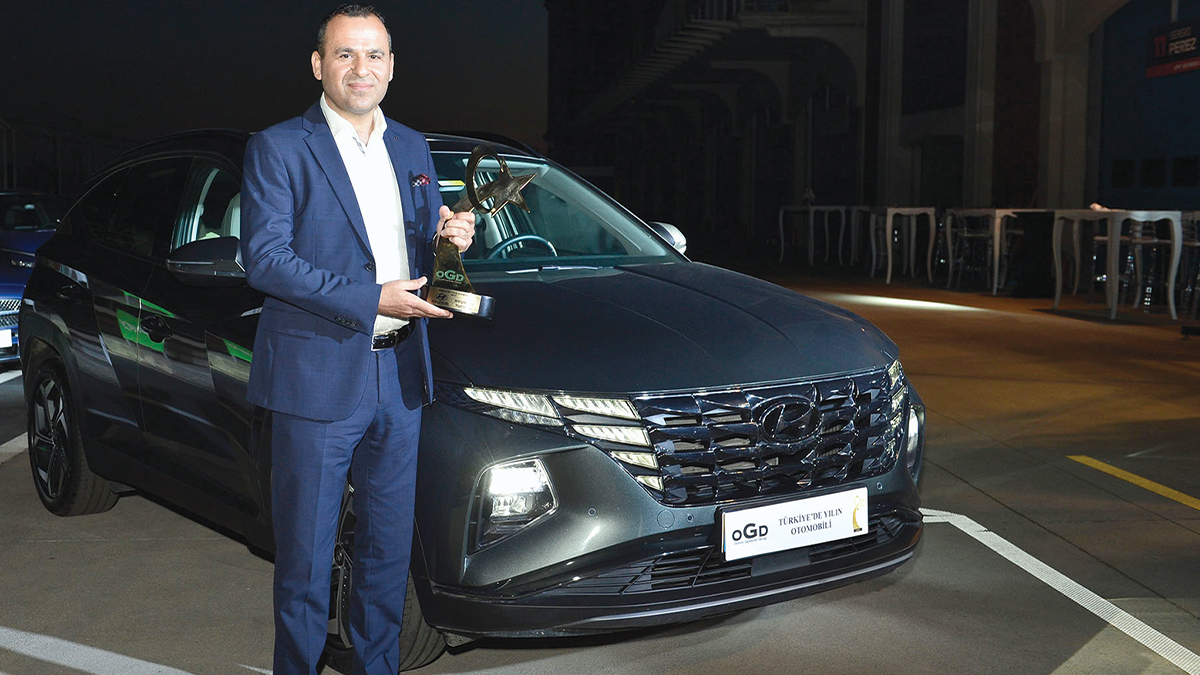 The winner of the Car of the Year 2022 award in Turkey has been announced. Hyundai Tucson became the winner of the ‘Turkey Car of the Year’ competition, which was held for the seventh time this year by the Association of Automotive Journalists (OGD) and experienced great excitement at all stages. In the final of the competition held in Istanbul Park, Hyundai Tucson, which received a total of 3710 points from 64 OGD automotive journalists, took first place. In the first phase of the “Car of the Year in Turkey” competition; Among the 38 cars nominated, the 7 cars with the highest score from the votes of the jury members qualified for the final. The finalist models underwent an important test in terms of criteria such as “design, handling, ergonomics, fuel consumption, emission rates, safety, equipment level, value for money”. Citroen C4, Honda Civic, Hyundai Tucson, Mercedes-Benz C Series, Nissan Qashqai, Opel Mokka and Renault Taliant qualified for the finals in the second stage which determined the “Car of the Year”. The winner, Hyundai Tucson, will be able to use the “Car of the Year” logo in press releases and advertisements for one year. While receiving the Car of the Year award, Hyundai General Manager Assan Murat Berkel said he was very happy to win this award for the second time and said: “I would like to thank all OGD members for this award we have won and Mi I also sincerely congratulate all the other representatives of the competing brand who have worked hard in this competition, “he said.

While the BMW 4 Series Gran Coupé won first place in the “Design of the Year” category, Fiat Egea Hybrid Launch won the “Press Launch of the Year” award for the first time this year and Fiat won the ” Innovation “with its Road Friend Connect project. Borusan Automotive CEO Hakan Tiftik said: “The sleek silhouette and dazzling design of our new BMW 4 Series Gran Coupe have been endorsed by the votes of you, our esteemed OGD members. I would like to thank all of you and everyone. those who contributed to this precious award and I receive the award with great pride and enthusiasm on behalf of BMW enthusiasts ”.

SALES FINISHED BUT INFRASTRUCTURE IS INSUFFICIENT 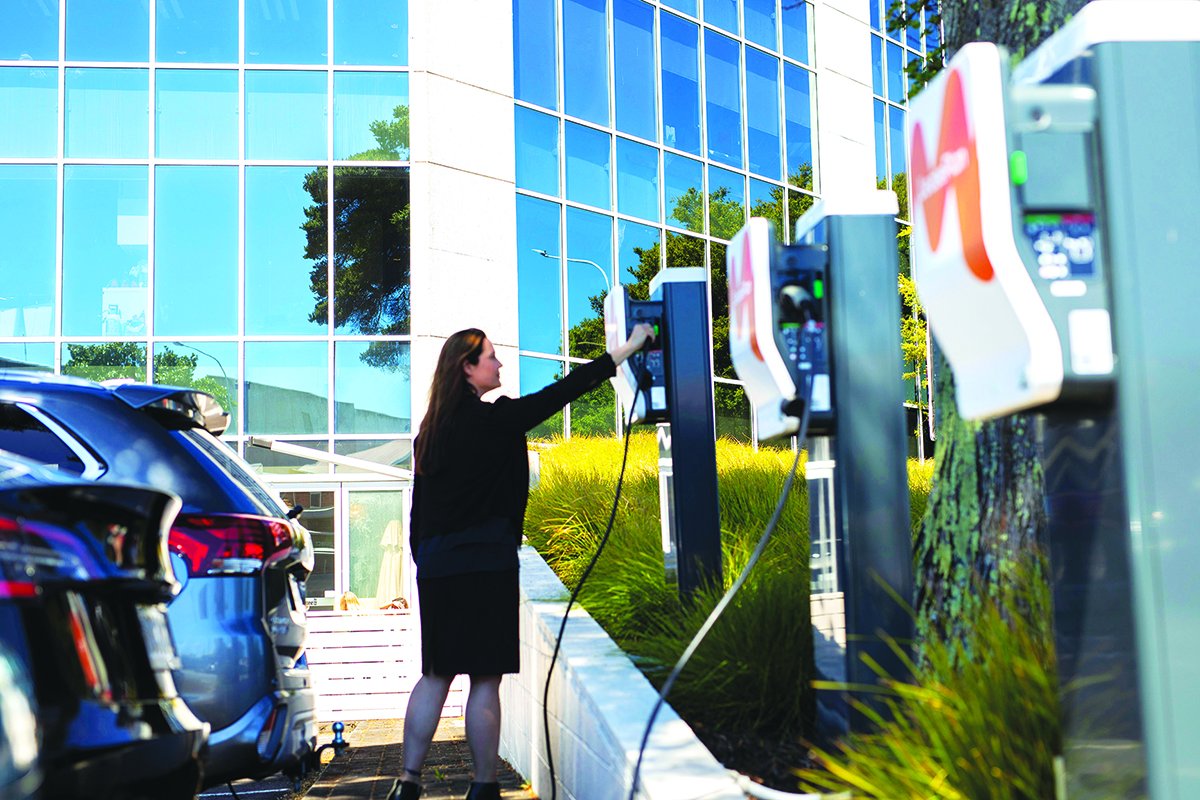 LeasePlan shared the point reached by European countries in the electric vehicle (EV) transition. Report; It was revealed that the purchase of electric vehicles has increased in almost all markets, but the charging infrastructure is still insufficient and the increase in registrations of electric vehicles has further exacerbated this problem. One of the most surprising parts of the “LeasePlan EV Readiness Index 2022” study was the country analysis. Against this backdrop, the top three remained the same as last year and finished first in Norway, the Netherlands and England, which made the best preparations in Europe for the switch to electric vehicles. While the Czech Republic was in last place, Greece was the country that showed the best development compared to last year. 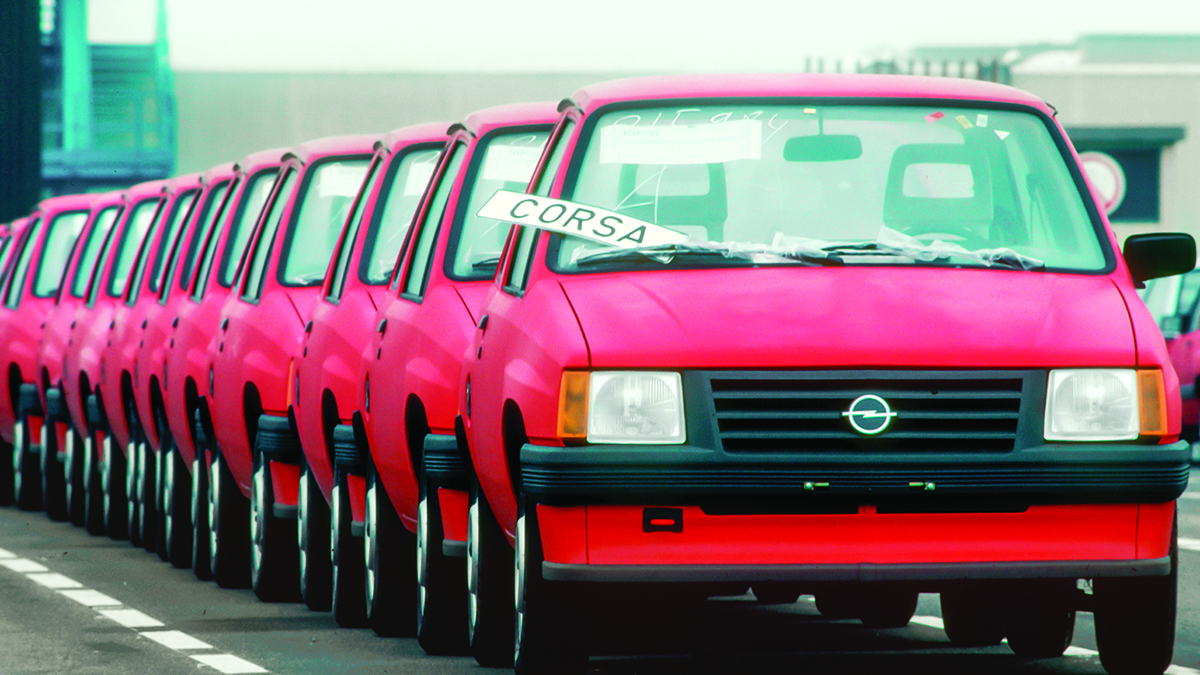 Opel is also celebrating the 40th birthday of one of its best-selling models, the Corsa. While the Opel Corsa revolutionized the small car class with its introduction in 1982, today it is more in demand than ever with its sixth generation. The Corsa was Germany’s “best-selling compact car” and “Britain’s best-selling car” last year. The Corsa-e, which brought the 2020 Golden Steering Wheel award to the Opel museum, already accounts for around a quarter of the Corsa’s sales in the world market. To fully understand the Corsa’s popularity since its debut in 1982, one must first look at another successful model, the Opel Kadett.

PERFORMANCE AT THE 50TH YEAR 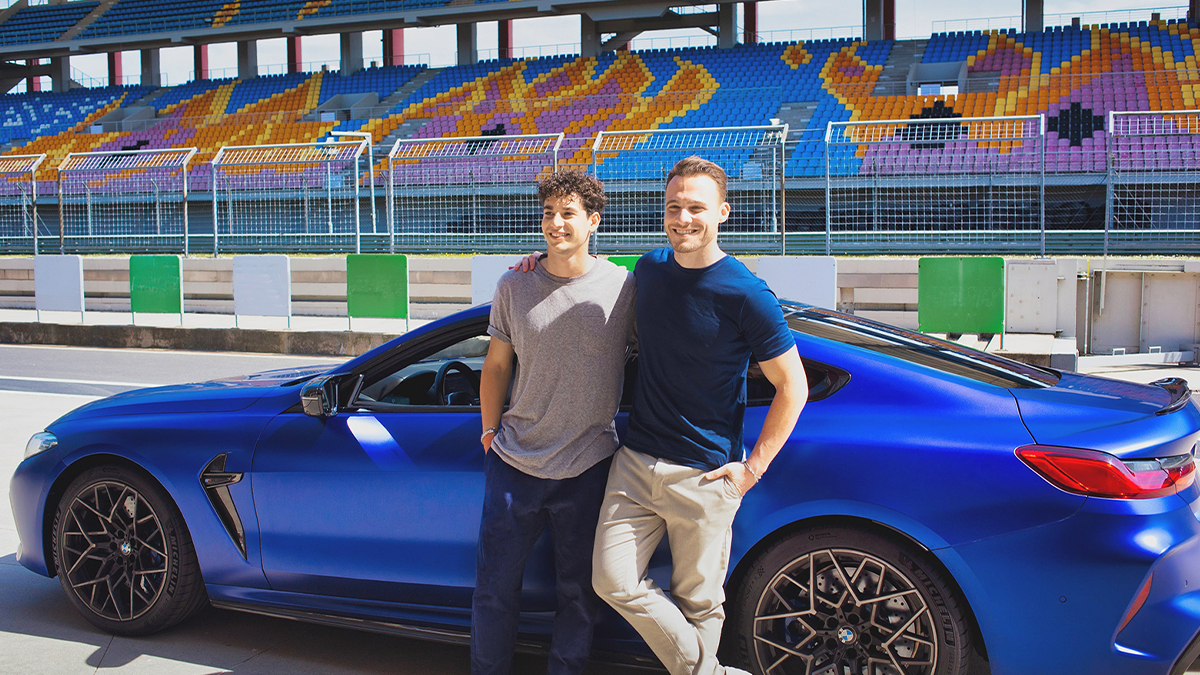 The M brand, created by BMW for high-performance cars, is celebrating its 50th anniversary and car lovers share this excitement. In this direction, the video shared on the BMW Turkey Instagram page attracted great attention in a short time. The moments when national driver Cem Bölükbaşı and famous actor Kerem Bürsin took the wheel of the BMW M8 Competition Coupé, one of the most powerful cars in the BMW M product range, were published as Instagram Reels. In the video shot at Istanbul Park, Bölükbaşı and Bürsin’s competitive speeches describing the spirit of racing combined with images that highlight the power of the car. 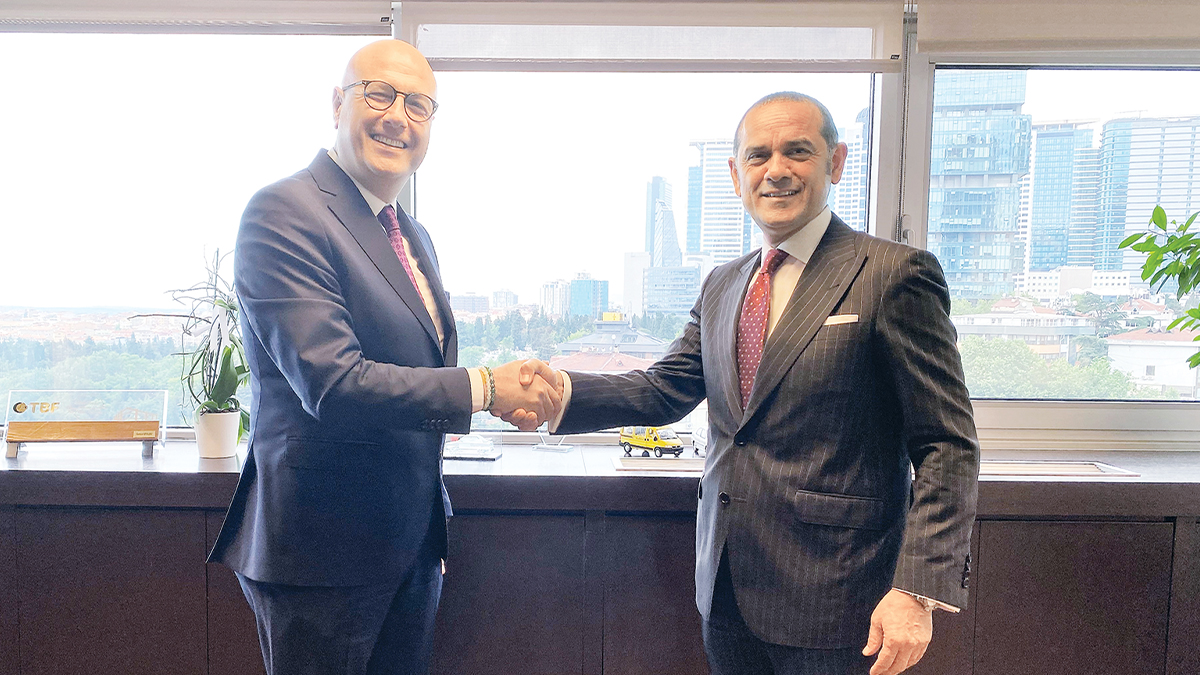 Groupama Insurance, which recently offered private label auto insurance products to the PSA Group (Peugeot, Opel, Citroen and DS) and Seat, this time signed a branded auto insurance contract with Tofaş, one of the established automotive companies turkish industry. As part of the agreement, Groupama Insurance offers private label auto insurance products to the Fiat, Fiat Professional, Alfa Romeo and Jeep brands. Cevdet Altuğ, Deputy General Manager of Sales of Groupama Insurance, said that it has expanded its insurance portfolio of the brand with the product it will offer exclusively to owners of Fiat, Fiat Professional, Alfa Romeo and Jeep and said: “We are expanding our insurance of the brand portfolio every year.We understand the needs and offer suitable solutions with products we have developed especially for automotive companies.