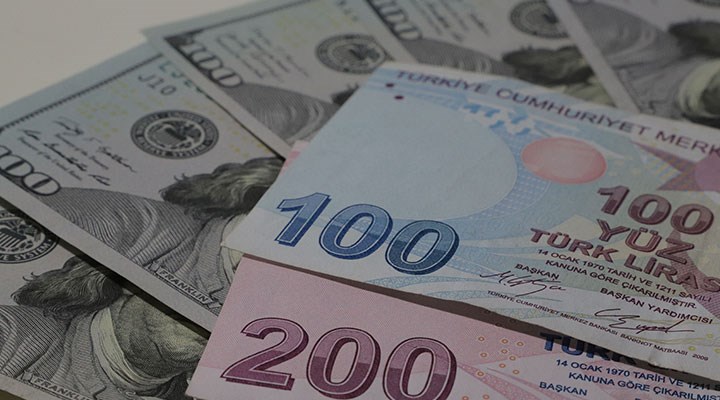 On Friday, the BRSA banned companies with foreign currency assets exceeding 15 million from using Turkish lira loans. Within 10 articles, what the final decisions of the BRSA mean, what is the goal, in what environment it was made and possible outcomes.

1. What does the BRSA limit on foreign currency assets mean for companies?

The Banking Regulatory and Supervision Agency (BDDK) provides for the use of TL loans by companies with foreign currency assets above TL 15 million. If these companies have foreign currency or gold positions greater than 10 percent of their turnover and asset size, they will not be able to use TL loans. Companies whose foreign currency assets do not exceed TL 15 million will be able to access TL loans, provided they stay below this limit. It is also noteworthy that the BRSA statement was written in sloppy language that does not abide by convention and that there are vulgar expressions such as going around it.

2. What does the management of the economy hope from this decision?

The persistence of the Central Bank’s (CBRT) interest in keeping the official rate at 14 per cent, inflation being based on 80 per cent; This has caused both companies and individuals to turn to foreign currency again. As currency-protected deposits (KKM) approached 1 trillion, the dollar rate rose to 17.40 TL, although this amount of money is for now kept away from foreign currency. The gradual dissolving of CBRT’s foreign exchange reserves makes effective exchange rate intervention impossible. In particular, the danger of companies returning in foreign currency from their KKM accounts, which will expire in July, is of particular concern. For this reason we are trying to embellish the markets with the so-called “macro precautionary measures”. Although commercial loans have increased slightly, they remain attractive to companies with an interest rate of 27-28% in this inflationary environment. The sharp jumps in energy, raw material and freight prices have increased companies’ working capital needs in a context of accelerating inflation. According to MB’s latest Financial Stability Report, the real sector has domestic loan debt of 3.8 trillion Turkish Lira, half of which is hovering and half is foreign currency. Commercial installment loans mostly used by small and medium-sized enterprises reached TL 760 billion. It is hoped that companies that do not want to be deprived of low-cost loans under these conditions will switch to selling foreign currencies under the notice, thereby stabilizing the exchange rate.

3. In what economic context was the latest BRSA decision made?

It was known that inflation-linked bonds were to be issued to maintain exchange rates at least until the election period. However, this step was abandoned when it was realized that such an implementation would place a heavy burden on the balance sheet and risk causing a deterioration of bank balance sheets. The income-indexed bill of exchange (GES), on the other hand, ended in a fiasco as we had anticipated. It only met a TL 6.6 billion demand, less than $ 400 million. Credit risk premia (CDS) had reached 800 basis points and Turkish Eurobonds had just begun to find buyers at a frightening interest rate of over 10%. In such worsening conditions, the BRSA decision, which obliged companies to sell their assets in foreign currency, was adopted as a last resort.

4. What is the current level of real sector foreign exchange assets?

5. How is the total net foreign exchange position of the companies in the real sector?

According to CBRT data as of March 2022, real sector companies have currency liabilities of $ 276.4 billion, despite their foreign currency assets of $ 162.3 billion. Therefore, the net foreign exchange positions are less than $ 114.1 billion. This figure was less than $ 180.1 billion at the end of 2016. Over the past 6 years, the corporate sector has narrowed this gap, mainly with the $ 43 billion decrease in foreign currency debt to domestic banks. In summary, it can be said from these statistics that the companies’ foreign currency assets are primarily held to meet their foreign currency liabilities. In addition, export credits (US $ 31.4 billion) and import debt (US $ 35.7 billion) make up the foreign trade financing part of the foreign trade position.

6. How much external debt do companies in the real sector have to pay this year?

The non-financial sector has an external debt of $ 14.4 billion to be paid between May 2021 and April 2022. Of this, $ 13 billion is long-term debt and $ 1.4 billion is short-term debt payments. . In another classification, the real sector’s short-term currency assets are $ 138 billion and its foreign currency liabilities are $ 81.3 billion. Thus, there is an exchange surplus of $ 56.7 billion in the short term. An interesting aspect is that, despite statements to the contrary from the administration of the economy, the CBRT classifies money in KKM as foreign currency assets. In this way, short-term net currency assets give an advantage, from which it can be concluded that even if companies reduce their foreign currency assets in the short term, they will have to buy back in the coming years. In other words, we are faced with an application to save the day.

7. Looking at export earnings, what about the corporate sector’s foreign currency debt?

8. Can this decision by the BRSA give the desired result?

9. Well, does this step lead to capital flight?

Some companies may be looking for ways to transfer their foreign currency holdings overseas. By buying back the foreign currency they sell, they can resort to methods known as turning to foreign financial assets such as bonds and bills or transferring capital overseas by showing low export prices or high import prices. The BRSA offers companies the flexibility to purchase Eurobonds. The downside to this too could be that the tendency to buy Eurobonds will raise prices and create sales opportunities for foreigners. This challenging environment can trigger foreign exchange purchases by individuals and corporations if foreign exchange interventions reduce the exchange rate, even if temporarily. While domestic players are looking for ways to keep their foreign exchange safe, hot foreign money, which has lately been trying to be attracted through dedicated exchanges, makes them feel uncomfortable and they stay away from Turkey.

10. If this BRSA application manages to lower exchange rates, will the Turkish economy breathe a sigh of relief?

Even in a juncture where the exchange rate is relatively high, the current account deficit continues to be a burning problem. When we say we will have a current account surplus, the current account deficit reached $ 21.1 billion in the first 4 months. In addition, in the last two months, the fear has spread that the world economy will contract and that there is a recession at the gates as a result of the subsequent increases in interest rates. The region most affected by this pessimistic mood around the world will be the EU economies, which have also been negatively affected by the war in Ukraine. At such a crossroads, the effort to forcefully lower the exchange rate could disrupt the already slowdown in export revenues and negatively affect the balance of payments. Perhaps more importantly, the increase in exchange rate volatility can both hinder foreign trade and open the door to the wrong-timing actors (e.g., those who have to pay the cost of importing when the exchange rate rises or exchange their foreign currency when the exchange rate falls) to suffer large losses and even go bankrupt.