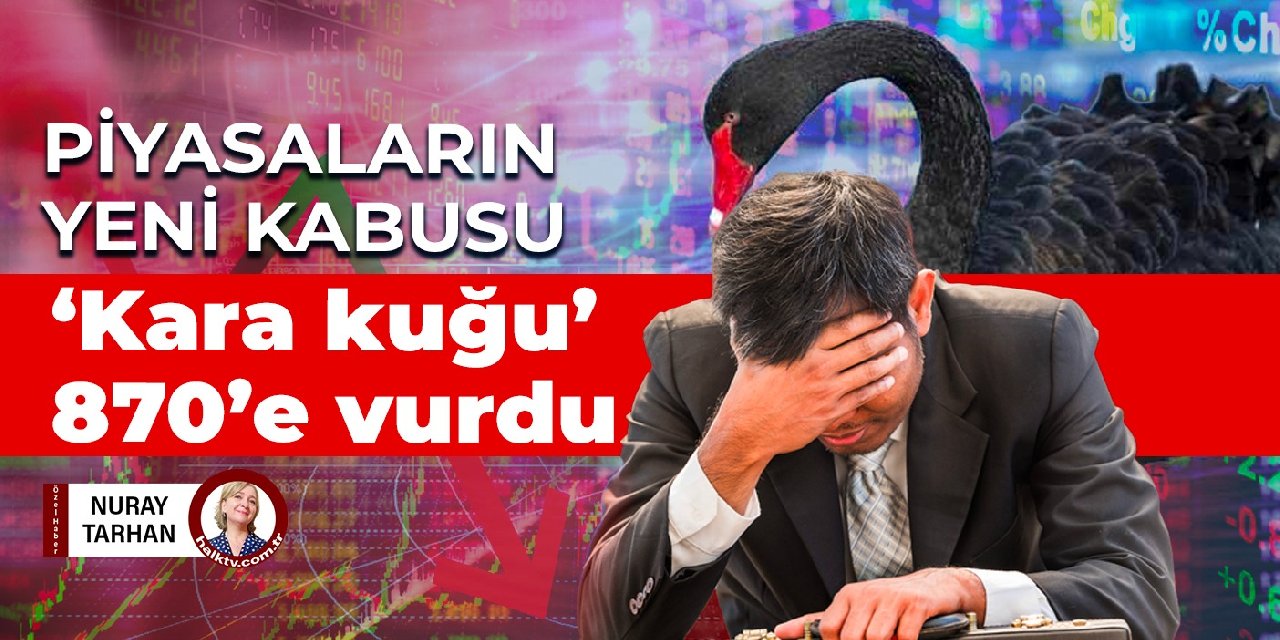 Despite recent economic decisions, credit risk premium (CDS) rates, which show the cost of Turkey’s 5-year debt protection from bankruptcy, are rising by the day. It even fueled fears again by reaching 870 yesterday. The rise in rates raises doubts about Turkey’s ability to meet its foreign debt-based import and exchange obligations properly and comprehensively.

Faculty member of Bilkent University and former chief economist of the central bank, Prof. Dr. Hakan Kara, Noting that if we assume that there will be no bankruptcy payments, current CDS rates indicate a 35% probability of foreign debt bankruptcy, “If we assume that part of the debt will be repaid, the probability of bankruptcy increases again. “ She said. Black, Noting that the most critical variable in terms of supporting the current strategy is foreign currency liquidity, “In this regard, one indicator that should be closely monitored is the rollover rate of foreign debt. In April it is close to 100% in banks, it is much higher in other sectors, but as CDS remain at these levels, it will decline. “ He said.

The risk of reaching the 4 figures increases as in 2003

InvestAZ Research Director and the University of Nişantaşı, Economics and Finance, Dr. Instructor Member Tugberk Citilci also “black Swan” He stated that there is a risk of 4 families in the CDS, which he defines as the.Since the price is of foreign origin, I consider the risk here as a priority “. She said. the fencer In an interview with “Issele Ekonomi”, he said he expected an interest rate cut of 100 basis points at the meeting of the Central Bank’s Monetary Policy Committee (MPK) to be held on June 23 and predicted that the official rate it will drop to one digit in 2023. the fencer continued his words as follows:

“The Central Bank has a margin of action of 200 basis points. It will drop to 12 percent in the first place. If it does, it will do so in June, July, August. Both from the point of view of exports and from the side of tourism. Then a point will be passed to the holding point. I don’t think the rate cut cycle will end. I wish good luck with single digit interest rates in 2023. I think there will be an interest in the 9 bands. “

Major cash crises and recession await us in the fall

Emphasizing that the debt rate on loans and overdraft accounts (KMH) is very high in Turkey, the fencer, “So household disposable income is negative. It is difficult to be sustainable with salaries. Raising the minimum payout amount to 40 percent on credit cards will also be very challenging. Our best relative was credit card and KMH. For this reason, families are not required to take out loans and deposit them in foreign currency with the decisions they make. Because this drives house and car prices up. The objective is to reduce the possible increases in the autumn by adopting measures to contain household expenditure items. But these measures will begin to force people in the fall. We will see the peak of cash needs in the fall or January 2023. First of all, wages need to be raised above inflation to prevent the liquidity crisis. She said.

Evaluation of the announced economic decisions the fencerhe also argued that the income-indexed bond (GES) instrument cannot be an alternative to the currency protection deposit (KKM) with a compound interest rate of 23% per annum. the fencercontinued his words as follows:

“Dreams are super good, reality is GES. So dreams are super bonds, realities are inflation. The compound annual interest rate is 23%. Is it really a tool that will surpass the appeal of KKM? Surely not. This is the official explanation that high inflation will persist for a year. Nothing like a super bond should be expected because there is an alternative to the Istanbul Stock Exchange flagship, such as roses. How will you fight inflation without a central bank policy? You can not. How to cool the economy without an interest rate hike? This is the motto currently applied ”.