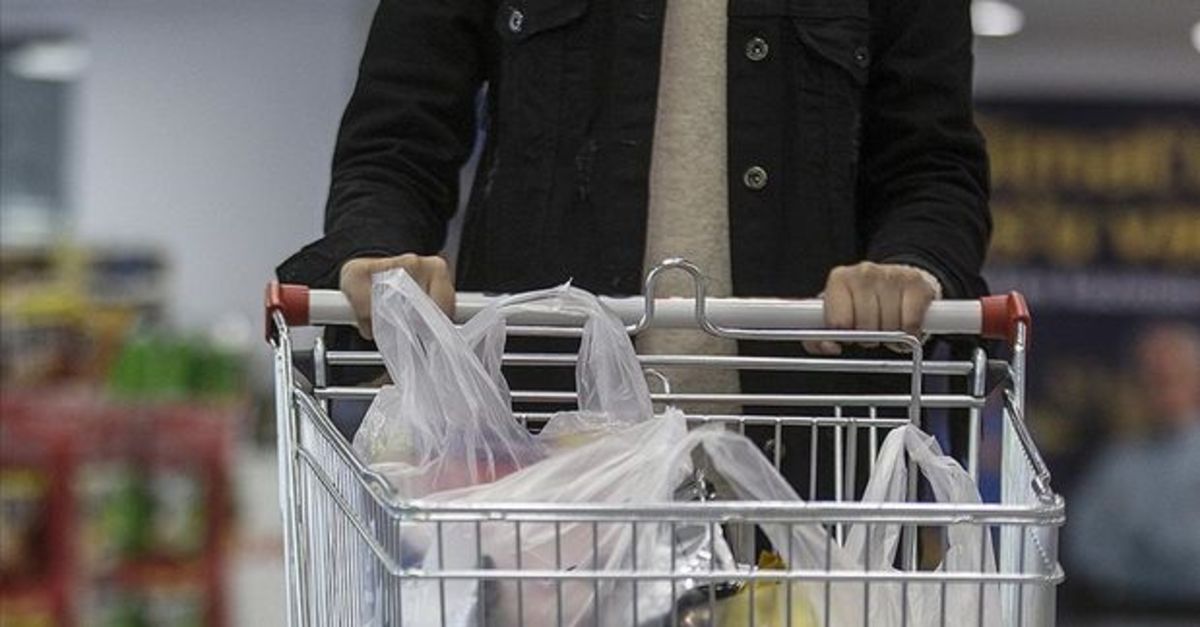 TurkStat has posted an announcement on its website about the transition to a more detailed index publication (COICOP 5) instead of publishing prices per item in the Consumer Price Index (CPI) article basket.

The announcement states that, as in all the statistics published by TURKSTAT as part of the Official Statistics Program, the CPI has been calculated and published in line with international norms and standards, taking into account all the principles for implementing the European statistics.

In the announcement, which states that all the details of the compilation, processing and distribution processes of the CPI data are published on the site as part of the principles of “accessibility and openness”, also defined in the TURKSTAT Quality Assurance Framework, “The process of production of statistics, in continuous evolution and social, economic, technological change and develops and improves day by day according to seasonal conditions and the increase in needs and expectations in this direction.

In the announcement it was stated that national statistical offices have closely followed all these developments as well as examples of good practice and reflected them in their work, so that all statistics produced in accordance with international standards could respond to current conditions. , to the market and to the needs of users. It has been reported that some precautions have been taken regarding the content of the market, which will allow users to read and follow the price movements in the market more accurately.

In the announcement it was specified that it was decided not to update the table relating to the average prices of the articles published monthly, as it caused misunderstandings and misleading evaluations in the public, at the date of publication of the CPI May 2022 results, as follows:

“Instead, the scope of the Spend Group Index Results table has been expanded and the index results have been published for 144 main items, which include more detailed index changes and correspond to COICOP level 5, instead of Classification of individual consumption by COICOP-Scope 4. Starting from 2022. Under the CPI, approximately 560,000 392 prices are compiled each month for 409 items and 904 item types. Although there is hardly any country that publishes all prices prices worldwide, the compilation of prices process occurs at the “article type” level and is published at the “article” level in our country. This is the main reason why the table is misunderstood by the public. Consequently , the price of the object presented to the public as the price of gasoline vehicles reflected the average price of all tracked gasoline vehicles. This situation applies to all non-homogeneous items. Most that can be done about it are the prices of fresh fruit and vegetables. The prices of fresh fruit and vegetables are compiled four times a month, once a week, from products with high price volatility in transit. The average prices of fresh fruit and vegetables compiled by our agency four times (every week) have been published in the price table of this article. However, due to public attention on last week’s prices (the most up-to-date), the prices of fresh fruit and vegetables based on the four-week average announced by our agency have often been the subject of discussion like other products. While the four-week average may be higher than last week’s price in fresh fruit and vegetables, in the months with the start of the season there may be higher average prices at the end of the season than last week’s prices. While there was no public criticism when the average price was announced per item, higher than last week’s prices, on the contrary, our institution was exposed to unfair criticism. “

The announcement states that most national statistical offices around the world do not publish prices at the item level due to the inconsistent nature of the products and the fact that monthly average prices may differ from market prices on the day of publication. from the newsletter When you look at the websites of 33 national statistical offices, including the EFTA countries, the US and Canada, you find that there is no country that publishes all prices at the item level.

“When we look at the index levels announced by the countries concerned, we see that the information sharing of the index at the 4th and 5th COICOP levels has intensified. As of June 3, 2022, Turkstat has moved from COICOP level 4 to more detailed level COICOP 5, as well as the monthly variation in prices of selected products.It is noted, based on public data, that Turkey is at the forefront of transparent countries among 33 countries including EU member and candidate countries, EFTA, USA and Canada.

Inform the public about gasoline and diesel prices

The announcement also specified that the prices of petrol and diesel were compiled by the fuel points of sale by the regional directorates of the TUIK during the monthly periods of compilation of the prices of the products and that the consumption of the related products was obtained from the administrative records of the amount. daily sales of pumps received from the Energy Market Regulatory Authority (EMRA).

In the announcement, it was pointed out that the daily demand for these products increased significantly before the higher prices were reflected, mainly due to the daily fluctuations in gasoline and diesel prices, the following assessments were included:

“Our institute calculates the average monthly selling price of the products in question by weighting the amounts of daily consumption with the daily prices. International practices also recommend that the calculations of price changes be made as much as possible on the weighted prices according to the amount of consumption. The difference between the “weighted average prices” obtained by including in the calculations the amount of daily consumption for the related products, from the surface prices obtained with the simple average method on the “average daily prices” only, is due to the difference of methodologies used The debates that emerged following the attempt to reach the same item price results, the results of the EU member and candidate countries of TURKSTAT, EFTA countries, USA and Canada, as well as homogeneous selected It is an important indicator of the correctness of the decision not to publish the prices of products other than articles.