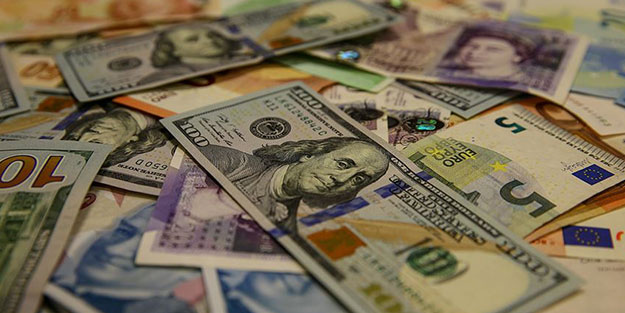 With the latest move by the Banking Regulatory and Supervision Agency (BDDK), which prevented malicious attempts to use the lending facilities provided by the state to commercial institutions for the collection of foreign currency, the dollar, which last week surpassed i 17 TL, it dropped to 16.0 levels the previous day. While dollar fever, which was in the 16.5 range yesterday, was expected to subside even more, a counter-move came from TÜSİAD that muddied the waters.

The money barons of TUSIAD, who made money with the money, turned the corner with interest and rents, and got rich with the assembly industry by being the distributor in Turkey of global Zionist companies, have embarked on a new plan against the BDDK move which broke the currency counter. It has been learned that TÜSİAD will resort to foreign exchange smuggling following the BRSA’s decision not to lend to companies whose foreign currency value exceeds 15 million in TL, blocking the way for companies that make TL loans and invest in dollars.

Announcing the dirty plan, TÜSİAD chief economist Gizem Öztok Altınsaç urged companies not to convert their foreign currency into TL but to transfer it to their companies in foreign countries, “In this case, if the companies have branches overseas, they can raise money there. This can be tried to be prevented in the future. In addition to this, companies can also pay dividends, they say, “I distribute dividends” and the company gets money. “ She said. Altınsaç is also the weapon of capitalism, which provides long-term loans by selling in dollars / euros abroad. “Eurobond” introduced the formula. Economists and writers, who said Altınsaç, a member of TÜSİAD, who openly tactic of smuggling their money abroad, stressed that an investigation should be launched against Altınsaç, and it was stressed that attention should be paid to the games smuggling money from companies operating in dollars abroad.

Burr: The purpose is to seduce

Speaking with Akit Expert Economist Dr. Ismail Capak: “The decision made by the BRSA is appropriate and correct. In order to prevent inflation, you want to reduce the loan volume. Commercial loans have increased a lot, this step was meant to limit it. In addition to this, they wanted to eliminate the risks associated with the currency. This move was made in addition to the currency-protected deposit system. BRSA’s decision is correct. I know the person who issued this declaration to TÜSİAD. He made an unacceptable statement. With this statement, does it show the way for companies to bring their foreign currency abroad? These words, which can tempt even those who do not think about taking money abroad, are never acceptable “. said his words.

Pointing out misused commercial loans, Dr. Capak, in his speech calling attention to the increase in exchange rates and flat prices, said: “This and similar things have happened in the last few years. Support loans from the Credit Guarantee Fund did not go to the investment and employment that should be used and the money received was invested in housing and foreign currency. This was one of the reasons why both flat prices and exchange rates increased. This decision by the BRSA will not only lower the exchange rate, it will also lower house prices. Those who take commercial loans with TL and buy foreign currency with that money will no longer be able to resort in this way ”.

Capak also stressed that the measures to be taken by the BRSA through the Ministry of Finance should be taken taking into account the situations on the ground.

The writer-journalist Mehmet Fırat, He said that TÜSİAD is not a structure that attempts to revive the economy, agriculture and industry by making investments in Turkey. TUSIAD “A money lender organization that has been the distributor of international organizations in Turkey since its founding, found the money cheap and sold it to the state at high cost.” Mehmet Fırat, who described it as “Extra currency” He rated the statement as follows:

“After the government’s precautionary measure regarding foreign exchange, they are blackmailed. This statement is a challenge in the sense that ‘we are not a local or national structure anyway, our main dealers are always abroad, we carry out our transactions through our companies abroad, we take our money out of the country and continue to playing our games, you can’t help it ”.

Stating that the number of companies exceeding the limit set by the BRSA is 65, reporter Fırat said, “The amount of foreign exchange assets in these companies that exceeds the limit is $ 3.6 billion. That’s not a lot of money for them. However, they speculate. They show companies the way “abroad”. What will come after this? Here they lead the way. They say “get your money” to companies that have branches in Turkey and their branches overseas and give other companies a tactic to open their branches or subsidiaries abroad. In other words, all companies in Turkey are asked to move their headquarters to low-cost Balkan countries such as Bulgaria, Romania and Albania. She said.

The government must act

Mehmet Fırat stated that criminal penalties should be applied and continued his words as follows: “The state should take action against this claim. How should the state use its right to intervene against the black market activities in socks that started with the pandemic process? The right to intervene should be implemented without calling it a “free market economy” or anything like that. This is not a communist economic practice; Just as the state used its right to intervene and declared a curfew when the epidemic spread, here too it must use its interventionism. The hands of the state cannot be tied against those who engage in activities that threaten our independence and our economic future. The government should apply the most stringent measures if necessary. People who do this work should be prosecuted in heavy criminal courts and their property should be confiscated if necessary ”.