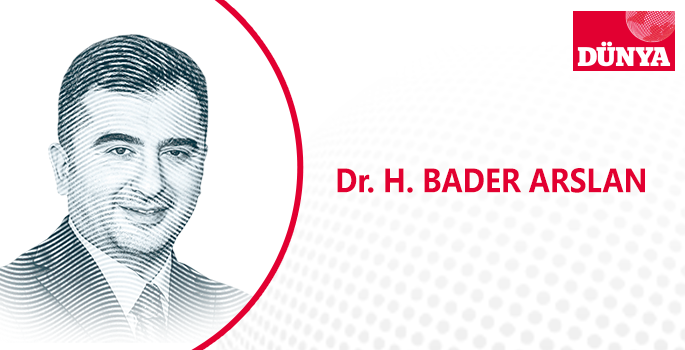 The decline in the euro / dollar negatively affects foreign trade figures in 2022. The parity, which had a positive effect last year, reduced exports by $ 5.8 billion and imports by $ 4.4 billion. dollars in the first half of 2022.

After COVID-19, the impact of the crisis on the global economy was as limited as possible, with falling interest rates and the ensuing monetary expansion. With the recovery that followed, both growth and international trade increased. Both the weak dollar and rising demand helped commodity prices break records. Over time, the money taps have shrunk faster than previously expected as inflation has started to rise above expectations.

As global monetary expansion draws to a close, the dollar is gaining strength around the world with the Fed’s strong tightening measures. While the dollar index was at 90 in the same days last year, yesterday it reached 107 and saw a 20-year peak. The US dollar appreciated against all major currencies. There has been a rapid decline in commodity prices for a while. Not only energy, but also agricultural products and metals are rapidly losing value. 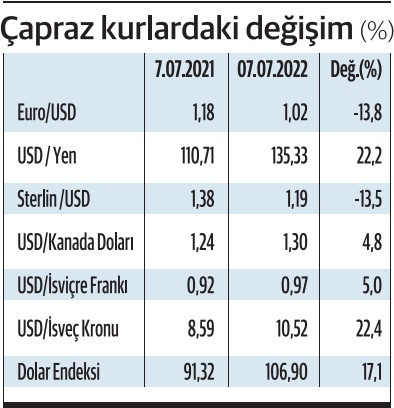 Low interest rates and monetary expansion create positive effects on world trade through several channels. First, many countries’ imports tend to rise as low interest rates stimulate demand. Of course, the exports of those who sell them goods are also increasing. Second, monetary expansion increases the demand for credit and goods, as it provides easier access to already cheap financing. Third; as the dollar weakens, commodity prices rise. Because, although not one to one, there is an inverse relationship between the two. Fourth, the economic recovery further increases the demand for commodities and thus the upward trend in prices is strengthening. This is an effect that has been experienced many times in previous cycles. Fifth, international trade is growing more vigorously in dollar terms (due to the accounting effect) as other currencies appreciate against the dollar.

All of these five effects have occurred in the past period. Therefore, the all-time record in global trade has been broken. The United States, Australia, Chile, China, Belgium, Brazil, Germany, Indonesia, India, Korea and many other countries recorded their highest exports ever in 2021.

Turkey also completed 2021 with an export record and, furthermore, increased its share in world exports to over 1%, as it has performed well from many countries. The biggest contributor to the increase in exports in 2021 was the high growth rate of 5.3% in the EU economy. Target market growth is the most critical determinant of exports in general, not just in 2021.

The second most important catalyst for the rise in exports last year was the rise in commodity prices. The most striking examples of this have been seen in the metals and chemistry sectors. For example, the increase in exports of iron, steel, copper, aluminum and related products was approximately $ 14 billion. However, the increase in unit prices due to the increase in the prices of the factors of production, rather than the quantity of product sold, had an effect on this increase. In fact, steel exports increased by 17.8 percent on a quantitative basis, while the value of exports increased by 77.4 percent. A similar situation is observed in other metals.

In 2021, the euro / dollar parity also increased Turkish exports by 3.1 billion dollars with accounting effect. This positive effect was strong as the pair remained higher than in 2020, especially in the first half of the year. However, towards the end of the year, the effect started to turn negative.

Although the rate varies slightly from year to year, around 46% of Turkish exports are made in euros. However, as the accounting is done in dollar terms, the rise in the euro / dollar drives up exports in dollars and decreases them.

The dollar has accelerated its appreciation against the euro and major currencies in recent months. The pair, which was at 1.20 in June 2021, was slightly above 1.05 in June 2022. This meant that the dollar equivalent of our Euro exports was around $ 1.5 billion less. The parity, which is decreasing towards 1 these days, will have a similar effect in July.

Parity is not just about exports. A similar effect applies to imports. However, as the euro’s share in our imports is lower than its share in exports, we believe this effect is weaker. In 2021, we made 29% of our imports using the euro. In the first half of this year, the rate dropped to 24 percent. If the Euro / Dollar had the same values ​​as last year, our imports this year would have been 4.4 billion more. In other words, the decline in parity brought imports down by $ 4.4 billion.

The parity effect cannot be eliminated. This is an impact to which not only ours but other countries are exposed to varying degrees. In the case of Turkey, on the other hand, since we see an effect close to the positive-negative effect experienced in exports in imports, the net effect decreases significantly. But still; You can reduce this effect by diversifying the markets and the types of currencies that are paid for and by increasing trade in local currencies. In this regard, the Distant Markets Strategy, announced by the Minister of Commerce, Mehmet Muş, underlines a significant need.

It is impossible to eliminate the impact of commodity prices on foreign trade. However, the more we move away from raw materials in foreign trade and especially in exports, and we focus on investments and especially on consumer goods; In consumer goods, on the other hand, the more the share of technology-intensive goods with brand value and design value, which cannot be easily replaced with those of competitors, increases, the effect of raw material prices can be minimized.