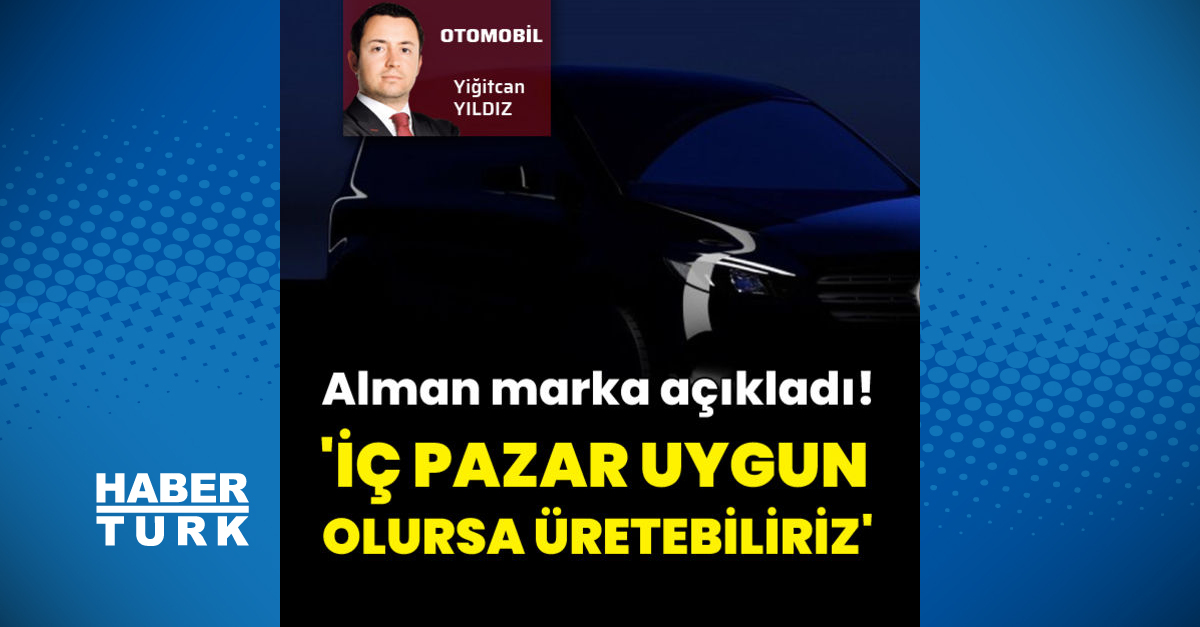 Although cars are mostly on the agenda with their prices and sales figures in Turkey, there are also notable developments on the light commercial vehicle side, which is an important component of the industry.

The previous week it was revealed that production of the Fiat Doblo, which has been produced at the Tofaş plant for 22 years, will be moved to Spain in a surprising way, which has put these vehicles back on the agenda. Although the discussions and comments are reduced to a single model, the changing trends of the pandemic emerge when one looks at the entire light commercial vehicle market.

If we look at the market data announced by the Automotive Distributors Association (ODD), car sales in Turkey fell 8% in 2021, while the light commercial vehicle market increased 8% to 175,000 497 units last year. year.

The data reveals that demand for light commercial vehicles has been stronger than that for cars since last year.

Breaking down the light commercial vehicle market data also provides clues to trends. In the January-May period, the van body type was the most preferred body type with a 74% share, followed by the pickup truck body type with a 14% share.

Pick-up models accounted for 8% of the light commercial vehicle market, while minibuses accounted for nearly 5%. Before the pandemic, the share of minibuses in the first 5 months of 2019 was close to 10% and the market share of pickup trucks was 13%.

Light commercial vehicles are also the most preferred body types, telling us that these vehicles are mainly bought for the transport of goods in the first 5 months of the year.

We spoke to Tufan Akdeniz, board member of Mercedes-Benz Automotive Light Commercial Vehicles Product Group, about all these changes, new trends and future goals in the industry.

While making assessments on current developments in the automotive industry, Akdeniz also shared important information about his brand’s new models.

‘THE PROBLEM OF FINDING A VEHICLE WILL CONTINUE IN 2023’

Noting that the changes in the light commercial vehicle market began at the start of the pandemic, Akdeniz said: “With the outbreak of the pandemic in 2020, freight transport has increased. The rise of e-commerce has been effective in However, the increase in time spent at home has led to a decrease in passenger transport in both tourism and school services, “There have been significant reductions in both staff transport and staff transport. This has led to more sales of body types produced for freight, “she said.

Akdeniz noted that the market data for the first 5 months indicates the availability of vehicles, “The fact that the market is lower than last year is due to a lack of sufficient vehicles. In the past, the light commercial vehicle market has seen 240,000 units in the years when demand was strong. Even if the supply problem continues like this, the market has passed by the end of the year. There is a possibility that it will not even reach 175,000 units per year, “he said.

“THE IMPORT OF DOBLO IS LOST FOR TURKEY”

Assessing the fact that the Fiat Doblo, which has been produced in Turkey continuously since 2000, will be produced in Spain in its new generation, Akdeniz said this development is a loss for Turkey.

Expressing that the fact that Doblo will now be imported will not create an opportunity for Mercedes-Benz, which imports light commercial vehicles, Akdeniz said: “The fact that Doblo is imported will not be an opportunity for us. We cannot bring a vehicle that is imported. offers both passenger and freight transport solutions in this area. “But it is a loss for Turkey that the production of the Doblo goes abroad. An ecosystem with its suppliers had developed around that model, it was a huge investment. In that sense, it’s a sad development, “he said.

‘NOT SUITABLE FOR PRODUCTION IN THE DOMESTIC MARKET’

Tufan Akdeniz announced that Mercedes-Benz, which has long been manufacturing trucks and buses in Turkey, is also considering the production of light commercial vehicles.

Akdeniz stressed that the production of light commercial vehicles in Turkey is on the agenda, but that the dynamics of the domestic market are not yet suitable for production.

Tufan Akdeniz said: “We are constantly trying to keep light commercial vehicle production in Turkey on the agenda at the company’s headquarters in Germany. We need to catch up with the economic scale for production. For that, we need to be convinced. that we can sell half of the vehicles we will produce domestically. However, the feasibility has not yet reached the domestic market. “It does not promise hope in domestic sales, production can be done on the day it promises. There is always a desire and a plan for the production of light commercial vehicles in Turkey, “he said.

CITAN IS NOT NETWORK, ELECTRICITY IS COMING

He also spoke with Tufan Akdeniz, board member of Mercedes-Benz Automotive Light Commercial Vehicles Product Group, about the new models of the German brand.

Tufan Akdeniz, to whom we asked the arrival date of the Citan light commercial model introduced by the brand recently, did not give a clear answer on this issue.

Akdeniz said: “Citan-style vehicles are used for both commercial and passenger transport, but the new Citan has been designed primarily according to the expectations of Europe. If no modifications are made to this vehicle in accordance with the Turkey, we will not be able to bring the Citan. The negotiation is underway, but for now it has not been concluded. ” He claimed that the date of Citan’s arrival in Turkey was not clarified.

Tufan Akdeniz has announced that it will offer the electric Vito, which has been sold in the gray market for a while. Noting that they met with customers to bring electric commercial vehicles, Akdeniz said: “We will bring the electric Vito and the electric Sprinter to Turkey. We are in contact with the fleet operators on this issue.”