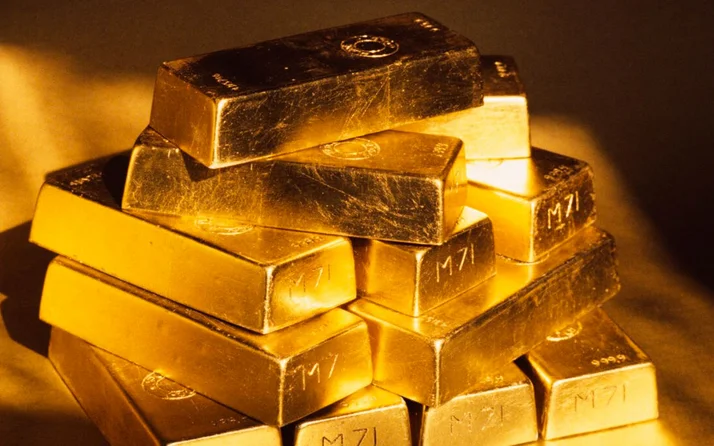 In the first half, when central banks applied aggressive monetary policies in line with inflationary fears, it was interesting to note that investor preferences were different.

In 2022, which began with uncertainties about when the rise in global inflation would peak, the price of the ounce of gold rose to the $ 2,070 level in the first quarter.

Despite the numerous negative factors that have continued in this process, it is also noteworthy that risky assets have gained weight in investors’ portfolios and the trend in question has been relatively reversed as central banks have signaled that measures would be taken. of aggressive monetary policy in their guidance minutes and implemented these guidelines starting in the second quarter.

Pointing out that the price per ounce of gold, which followed a fluctuating trend in the first half, could be driven by several factors in the second half, analysts noted that the first of these is the trend of inflation and the second. it is the extent to which central bank monetary policies will stagnate economic activity.

“2022 could be a difficult year for the ounce of gold”

Seda Yalçınkaya Özer, Integral Investment Research Manager, said in his valuation that an ounce of gold started the year at around $ 1,800 and although it rose to $ 2,070 in the first half, it could not be permanent due to the central bank interest rate hikes to cope with the inflationary environment.

Saying that the US Federal Reserve (Fed) is expected to continue raising interest rates for the rest of the year after the 75 basis point rate hike, Özer said he thinks this is strongly reflected in prices.

Emphasizing that, however, it is not yet known what kind of recession they will face in 2023, Özen said:

“Therefore, 2022 could be a bumpy year for an ounce of gold, but what matters will be how next year’s uncertainty is assessed. As long as the dollar index remains above the 103 level, the theme of the Strong Dollar Will Continue On the other hand, data on the US economy does not signal that the worst may be behind us. “A stronger dollar makes gold more expensive for buyers of other currencies. However, higher interest rates increase the opportunity cost of holding the non-interest-bearing precious metal. ”

Seda Yalçınkaya Özer said he expects the price of the ounce of gold to rise towards $ 1,885 for the remainder of the year, but said current perceptions should change to expect a permanent price above this level.

Noting that despite the process of rising interest rates, gold investors are still not convinced for a strong sell, Özer said their economic growth forecasts continue to be updated to the downside.

Pointing out that the Russia-Ukraine war does not appear to be resolving in the short term, Özer said: “There is strong volatility in the stock markets and the presence of uncertainties keeps investors under an ounce. On the other hand, if the current The scenario worsens and central banks become more aggressive, the pressure that will occur on gold is 1,680 dollars an ounce, it is foreseeable that it will last well “. He said.