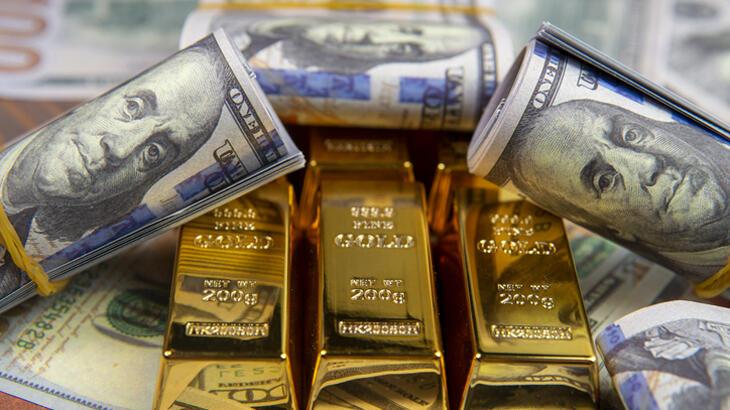 The US Federal Reserve’s interest rate decision, which markets focus on, will be announced today. The expectation is that the bank will take the risk of the recession and raise interest rates to control inflation. So what are the expectations of the experts on interest? Here is the answer ..

Speaking to milliyet.com.tr on the subject, Prof. Dr. Sefer Şener used the following expressions: As the latest inflation data from the US is above expectations at the 8.6 percent level, I wonder if the markets will ask again “The US Federal Reserve (Fed) will it increase by 0.75 basis points? ” He started evaluating his scenario of him. However, with the producer price index settling at 0.8 in line with market expectations, he shows that inflation in the US will not decline much in the short term.

“POSSIBLE INCREASE IN INTEREST OF 50 BASE POINTS”

Looking at inflation alone, an interest rate hike of 0.75 basis points would not be a surprise. However, as market expectations have been stuck at 50 basis points for a long time, it seems highly likely that an interest rate hike will remain at 50 basis points. On the other hand, inflation aside, as both the World Bank and the IMF have revised growth data downward, the risk on the growth side continues to increase on the producers side, even if the risk is contained. .

Therefore, when viewed in terms of growth, an interest rate increase of 50 basis points can certainly be considered. If growth expectations reach higher levels towards the end of the year, interest increases are likely to come in the form of more radical figures in terms of paving the way for the market.

A week after the inflation data was announced, markets began evaluating the Fed’s interest rate hike of 75 basis points. Both the fact that the dollar index reaches 105 levels and the slowdown in commodities and gold (the drop in the ounce of gold to $ 1820) reveal this price.

However, it should not be forgotten that the real realization of the market has priced an interest rate hike of 50 basis points.

If the interest rate hike is realized at the 0.50 level as expected, 1900 levels will again be attempted below the ounce. Gold is highly likely to see above $ 1900 levels in the next 2 weeks. However, if there is a 0.75 point increase in interest rates beyond expectations, then it looks likely to break the $ 1780-1790 levels to the downside.

The fact that it is currently at the $ 1815 level is due to this expectation. On the other hand, due to the ongoing global risks due to the crisis in Russia and Ukraine, and to the continuing rise in commodity prices, gold does not drop below 1,800 dollars as the market recovery accelerates. In light of all this data, it is a commodity that is sure to produce gold in the medium term.

Economist Enver Erkan, who made statements on the subject, made the following assessments: “There is no doubt that there is political pressure on the Fed due to the combination of rising inflation and recession risks. , the risks that the US economy could go into recession, the Fed’s interest rate policy by this year. Inflation, on the other hand, appears to remain so high that it does not meet recessionary conditions for the Fed and the descent will not happen quickly.

In terms of inflation, the end of 2022 will be above 2021 levels. This confirms the inaccuracy of the Fed’s reading of “temporary inflation” last year. Of course, at the time of the interest rate hike, there is a slow act as the economy gets back on track following the Covid pandemic. Now, such an imbalance has occurred that earlier, after liquidity-based inflation, it turned its source into supply problems and the Russia-Ukraine war made the situation worse. Although supply problems were not completely resolved, demand-driven service inflation and the early demand behavior of consumers who wanted to avoid the future harms of inflation caused inflation to accelerate.

Powell said the FOMC should see “clear and compelling” signs that inflation is slowing before rate hikes slow the pace, but there may be diverging views on which inflation indicator should be reported. Inflation indicators, excluding energy and food costs, show that the peak in terms of basic goods and services is already behind us. Although core inflation indicators are slowing, we are still in the very early stages to see evidence of further declines given the recovery in gasoline prices. The latest comprehensive data showed that there may still be new highs in CPI in the coming months, including energy and food costs. The Fed’s preferred indicator is the PCE deflator. The CPI and PCE deflator (the Fed’s preferred price indicator) look different, with the former showing faster inflation than the latter. If they continue to diverge, is the signal from the CPI or the PCE more important? These subtle nuances, in our view, are not as important as the main direction for Fed and Powell at the moment. Powell could perhaps give a more general answer on how the committee has been looking for “clear and convincing” signs of a slowdown in inflation and keep both indicators under his watchful eye.

IMPORTANT IN THE MEANING OF “TERMINAL INTEREST”

The economic projections and the dot chart will also be renewed in this meeting. At the March meeting, the 2023 federal funding rate midpoint was 2.8%, while projections for the post-2024 equilibrium interest rate are falling. Although the general consensus still points to less than 3%, the market price for the December 2023 Eurodollar futures contract, which reflects the outlook for US interest rates over the next few years, shows an implied yield of 3.85. %. Implied yields point to 3.73% in the March 2024 contract and 3.63% in June. These rates are important in terms of the Fed’s peak rate hike cycle, or “terminal interest rate”.

Upward revisions in inflation and unemployment rates may come, reflecting the FOMC’s gradual departure from the optimistic view that monetary policy can be tightened at no cost to unemployment. PCE headline inflation could be heavily revised up from 4.3% forecast in March, although the projections for next year could remain around 3%. The median view of unemployment in March was that it would remain at 3.5% in 2022 and 2023, then rise to 3.6% in 2024. Unemployment predictions are likely to rise for the next year and may have increased to about 4% by 2024. The president will likely be asked about the possibilities of a recession. If it says that the economy is strong enough to withstand interest rate hikes in the short term and that the recent adjustments in the financial markets will not cause any negative effects, it follows that the Fed will not hesitate to tighten progress.

The FOMC is expected to raise rates by 50 basis points at the June FOMC meeting, consistent with Powell’s guidance at the previous meeting that there was “broad agreement” among committee members on the need for a 50 basis point increase. in June. Powell could signal a further 50 bps hike in July. If the Fed uses the generally accepted claim that it is tied to data, the statement will be perceived as more accommodating. There also appears to be a good chance Powell will signal another 50 basis point move at the September meeting. Some opinions suggest that the Fed may also raise interest rates by 75bps in May due to breaching the CPI range.

YOU MAY BE INTERESTEDWhen does ‘summer’ come to bear fruit?View the news