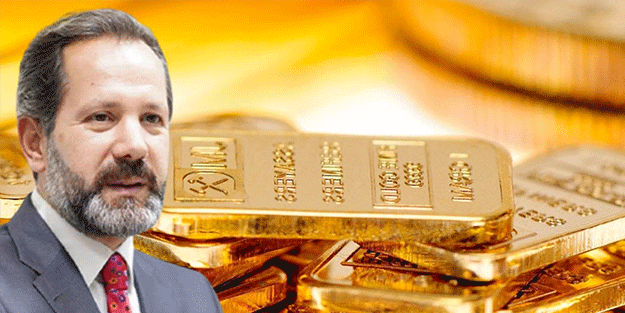 The highlight of the week, the Fed’s interest rate decision, showed its effects on the markets. While answering questions from Islam Memiş’s gold commentary and dollar forecast, he announced the investment tool that will bring the most to citizens. Memiş said: “The Fed did not cause a strong movement in the markets because the expectations were bought 3 days ago. In my personal opinion, the bull markets will continue in commodities, especially gold, and we will see peaks, ” he said.

Financial analyst Islam Memiş has evaluated the gold and dollar markets after the Fed. Claiming that hawkish rhetoric and interest rate hikes of 75 basis points as part of the fight against inflation are not enough, Memiş he said: “Inflation could decline in the coming months due to seasonal effects. Don’t let this fool you. House, car, land, whatever you buy, hurry up, ” he warned. Here is Islam Memis’ interpretation of gold and the dollar …

“The Fed rate decision was the most important read this week and should be followed up. After 28 years, the Fed raised interest rates by 75 basis points. The statements by the US Federal Reserve Bank Jerome Powell were quite aggressive. Powell signaled that interest rate hikes would continue through the end of the year, with a low of 50 basis points. The rate hike has exceeded my expectations. A rate hike of 75 basis points indicates that global economies are in a stalemate in 2023 and that the risk of inflation has increased even more. Even though the chairman of the US Federal Reserve says we will cut the interest rate, I don’t think that’s very likely. ”

“The central bank governors are trying to fight inflation only with hawkish rhetoric and interest rate hikes. Raising interest rates alone will not be the solution in the fight against inflation. They impoverish people in a controlled way. Inflation has deliberately and voluntarily increased. For this reason, it is a great fairy tale that we will reduce inflation by raising interest rates. If you think inflation is temporary, you are making a big mistake.

“Due to the seasonal effect, we will see a downward movement in inflation. Due to the harvest season and the busy tourist season around the world, it is natural for inflation to go down. However, these are temporary.

After the Fed’s interest rate decision, the dollar index hit 105 levels, but has now been pushed back into the 103 range. After the decision, there was nothing very flying around in the markets. The reason for this was the pricing of the Fed’s interest rate decision 3 days ago. The attacks on the hike in exchange rates and the suppression of commodity prices showed that the expectation was taken 3 days ago. When a 75 basis point hike was made in line with market expectations, there was no great activity and the markets relaxed.

“We have critical levels for the dollar nationwide. The USD / TL rate is at 5:30 pm. If we see closes above this level, we will follow the resistance level of 17.50. Below, the strongest support level appears to be 16.80. The Euro / TL rate is trading at the 18.18 level. The euro / dollar parity is at the level of 1.04. However, it continues to hold its strong position. While it retreated to the 1.03 level yesterday, the pair that gained your losses today may continue to enter the bull market.

Student of the silver investor

“The price of silver per gram is at the level of 12.04 lire. It was down at 11.70 yesterday. We see that it is rising with the support of the dollar again. One ounce of silver is worth $ 21.59. The most repressed and cheapest commodity among the world’s precious metals is currently the ounce of silver. In the medium and long term, it is the apple of the eye of the investor “.

“The price of Brent oil per barrel, which has risen to $ 125, is at $ 118. The strong support level I am following is the $ 116 level. If it freezes below this level, it is possible to test $ 114. As the energy crisis continues around the world, it can make important statements on oil prices during its visit to Saudi Arabia. When we look at OPEC members, we see that they don’t want to cut the price of oil very much. Russia continues to lead. Since other OPEC members are wealthy as oil prices rise, it looks very likely that we will see new records again, not to mention declines in oil prices.

“We have seen strong declines in cryptocurrencies. We are currently seeing Bitcoin 20,000 levels. A quick recovery wouldn’t be a surprise. It can reach 24 thousand and then 26 thousand dollars. Although there are strong decreases, an increase can occur with the reception of the reaction.