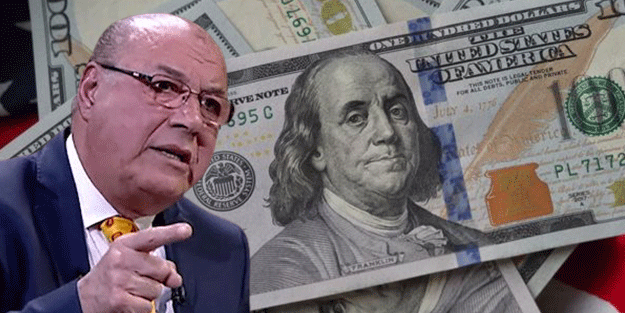 We see that some members of the business world and some private banks have officially reported the government. The scene that emerged at the meeting of the Istanbul Chamber of Industry in the presence of the Governor of the Central Bank clearly showed how the country’s economy was trying to sink.

prof. Kavcıoğlu said: “We know that companies affiliated with ISO, ATO, ASO and all chambers received $ 55 billion from Eximbank from February 24 to June, instead of investing $ 1 trillion on a zero-interest loan. We have a list of people who raise foreign currency with cheap loans. With the promise to “change them or I will explain”, the claim that “industrialists accumulate the goods they produce with cheap credits instead of giving them to the market, thus causing prices to swell from inflation” has fallen like a bomb to order. of the day.

Last year, the 25 billion lire loan granted to SMEs in the same period jumped this year to 384 billion lire. In other words, the business world continues to receive loans, albeit at 35% -40% interest rates. But let’s see, it doesn’t sell most of what it produces and is accumulating. The industrials claim that “we are taking action to protect ourselves from inflation” by not accepting this claim is like a cold confession. You see what a terrible sight there is, right?

We play with people’s bread because I will wear out the government. Few products are placed on the market and prices are kept high. Due to the foreign currency that companies receive with TL loans, exchange rates peak and all costs go up. This betrayal of the number one responsible for inflation should not go unpunished. Shame on you. This land is ours. Does a person cut the branch he is on?

On the one hand the business world, on the other the banks act as if they collaborated to overthrow the economic order. There is neither mercy nor understanding …

There is talk of the Maradona effect in monetary policy. The second goal scored by the Argentine footballer in the 1986 World Cup final has not been forgotten. It is said that Maradona’s mastery of 5 English footballers running straight without doing either left or right will bring the ball into the net, and will also be experienced in the economy Turkish. Money changers will mark a historical goal they never thought about or even imagined. They’re about to hit their heads against the wall. But it will be too late. How does? With VERY STRONG dollar entry. This can be done as a direct investment, portfolio investment or swap. You see, the exchange rate has reached 18 lire, it has nowhere to go. Still don’t understand? After peaking at TL 18.34 on December 20, 2021, how did it drop to £ 11 with the announcement of currency-protected deposits?

Now a much bigger currency earthquake is coming. Buy Get rid. Kavcıoğlu’s latest debut formed the infrastructure for this. Companies with $ 1 million will not be able to withdraw TL loans. When exchange rates plummet and fall sharply, as I said, with large inflows of funds, individual and institutional investors will quickly deteriorate their gold and foreign exchange positions and rush to TL. I bet the dollar will drop to 10 lire. The oil will loosen. There will be a sharp drop in fuel prices, winds will blow instead of inflation. The prophets of doom will suffocate with their vomit. The government will achieve an unprecedented victory in the 2023 elections. President Erdogan will go down in history as the only president in the world to resolve the economic crisis.