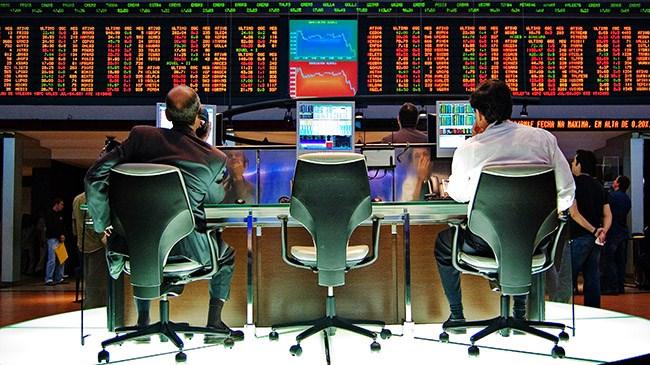 With growing concerns of “recession” in global markets, yesterday’s transactions were rigidly priced; Markets have become relatively positive today. As the messages to be given in the Fed minutes to be announced today will be decisive; It will be followed closely by the markets. Murat Özsoy, co-founder of We Financial Consulting, assessed the market events and expectations for Bigpara.

While “recession anxiety” is on the rise in global markets; Yesterday we saw rigid prices. With the decrease in risk appetite in the markets, there have been strong selling in the global stock market indices. As the dollar strengthens around the world as investors see the dollar as a safe asset; The dollar index rose to a 20-year high. The euro, on the other hand, fell to a 20-year low against the dollar.

While rapid declines in US bond rates have been observed; The 10-year bond yield is rising today, after falling continuously for 5 days. The yield on the US 2-year bond has been declining continuously for 6 days. falling US bond yields; It tells us that inflation risk has decreased under the guidance of falling oil prices and that the US Federal Reserve (Fed) may act more moderately in interest rate hikes.

When investors turned to the dollar as a safe haven, there were deep losses in gold and silver prices. With growing concerns over slowing economies, oil prices lost more than 8 percent in yesterday’s transactions; Today he is making progress in his recovery effort.

CLICK HERE FOR THE LATEST SITUATION ON WORLD TRADE …

WHAT HAPPENS WITH THE DOLLAR INDEX AND EQUALITY?

With recession fears rising, the dollar was seen as a safe asset; continues to grow stronger in the world. The dollar index, which measures the value of the US dollar against 6 currencies, including the euro, Japanese yen, British pound, Canadian dollar, Swedish krona and Swiss franc, rose to 106.66 in today’s transactions, renewing its maximum of 20 years. It is currently at 106.62 with an increase of 0.08 percent.

The Eurodollar parity is moving to the lowest level in the last 20 years. The expectation that the European Central Bank (ECB) could act more calmly in interest rate hikes proved effective in this depreciation of the euro. The ECB is expected to raise interest rates for the first time in 11 years at its July meeting. Also, yesterday, Germany’s first foreign trade deficit in 30 years is another effect.

The common view of many economists is that Europe is closer to recession than the United States. With the start of the Russia-Ukraine war, the huge increase in energy prices negatively impacted the European Union.

THE PRICES OF GOLD AND SILVER LOWER

The price of the ounce of gold has fallen to the level of 1763 dollars in today’s transactions; It has seen the lowest level of 2022. In silver prices, the loss is deeper. An ounce of silver fell to $ 18.92 today, hitting a 24-month low. The fact that investors turned to the dollar as a safe haven was effective in these declines in commodities in value.

THE MINUTES OF THE FAITH ARE FUNDAMENTAL

The Fed will announce the minutes of its June meeting this evening at 9pm Turkish time. The suggestions that the Fed will make on monetary policy to follow in the minutes will be very important for the markets. On June 15, the Fed raised the policy rate by 75 basis points in line with expectations, thereby making a sharp rise in rates to this level for the first time in 28 years.

Furthermore, another important data for the markets are the data on non-farm employment in the United States for June, also decisive data in terms of policy that the Fed will be able to follow.

It has been a very turbulent day as recession fears, which began to take place on the agenda after the US Federal Reserve (Fed) interest rate hike in the last meeting, peaked. yesterday in the markets.

Frankly, I think these recession concerns have been greatly exaggerated and that the US is not going to go into a recession. In this regard, I think that the Fed will bring inflation back under control by the end of the year and that the US economy will overcome this process without going into recession. The recession should not be seen as a baseline scenario.

The current declines in the prices of Brent oil and the ounce of gold are also temporary. As the end of the year approaches, especially in the final quarter, asset prices will be above current levels. In the base scenario in which the US dollar index will not fall below 102, the euro / dollar parity will also remain weak; However, with the process of raising interest rates by the European Central Bank, I think the current euro / dollar parity will be left behind after July and August.

From the perspective of gram gold investors, I can say that I see prices below 1000 TL as very attractive opportunity buying levels. Reactions to the upside in the ounce gold and dollar / TL exchange rates will push gold gram prices above 1000 TL again in July and August.