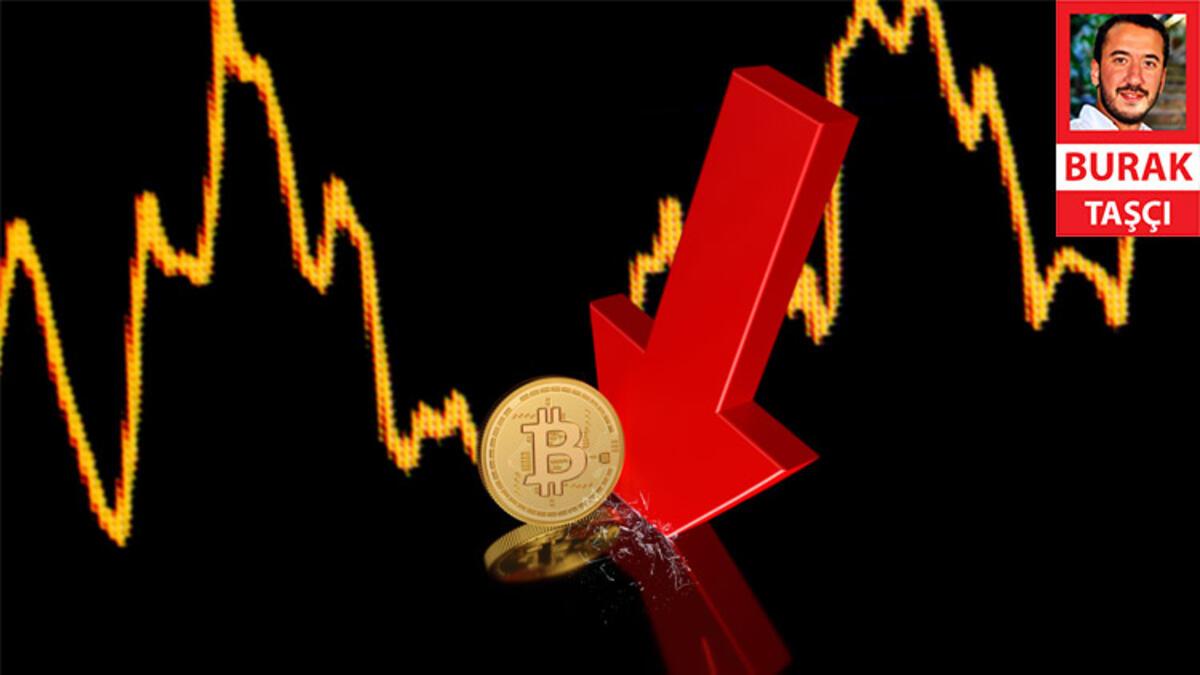 The cryptocurrency markets haven’t smiled since last November. Although the leading cryptocurrency Bitcoin shows a jump of 3-5 thousand dollars in some periods with speculative price movements, its decline becomes more severe later. Investors who fall into the bullish trap are therefore exposed to bearish selling. Bulls represent buying and bears represent selling on the market.

THEY ARE AWAY FROM THE HISTORICAL PEAKS

US INFLATION MAKES EVERYTHING ACTIVATE

Unemployment rates in the US economy began to fall out of balance. Although negative data increases the likelihood of a recession, markets do not want to be clearly perceived by the Fed’s verbal indications other than the interest rate and balance sheet contraction.

US BAGS ARE ALSO CRUSHED

After the bad data from the US, investors started to prefer gold over dollars. For a while, an ounce of gold has been stuck at $ 1850 levels. Last Friday, an ounce of gold had rapidly risen to the $ 1882 level. This shows that money is shifting to gold instead. than on foreign exchange and cryptocurrencies. Gold prices show an upward movement in risky times and investors prefer to hedge against inflation by buying gold.

OUT OF COLD WALLETS

The declines are gaining momentum as accounts that have not been used for a long time are disconnected and sold. Recently, whales have been releasing large amounts of Bitcoin from cold wallets.

ECONOMIST STEVE HANKE: THE US ECONOMY GOES INTO RECESSION

Steve Hanke, an economics professor at John Hopkins University, said the US economy will soon go into recession due to rising inflation.
Saying that the probability of a recession for the US economy is 65 percent, Hanke said the Fed is responsible for the current situation and that the measures of free money distributed to the public during the coronavirus pandemic were poorly managed.

Microstrategy CEO Michael Saylor suggested that Bitcoin and inflation have not yet reached their peak, so investors should keep holding on. Hodling means waiting for assets held in cryptocurrency markets before they are sold.

Cryptocurrency lender Celcius Network has decided to stop transfers and withdrawals between accounts, due to the extraordinary market conditions that emerged due to sharp bearish movements. This decision was made with the lowest level seen in Bitcoin since December 2020.

“As we take steps to protect assets, we take the necessary actions to ensure stability in liquidity and operations. During this period, when transfers and withdrawals are suspended, our clients will continue to increase their premiums and returns in line with ours. commitments, “the company said in a statement.

FUNDAMENTAL-TECHNICAL ANALYSIS, THE EXPERT’S OPINION MUST NOT BE RESPECTED

The cryptocurrency exchange has no margin range. The analyzes carried out do not work in any way at the time of an extraordinary declaration. Furthermore, various charts do not reveal the correct analysis in the cryptocurrency markets in general. For this reason, you need to be prepared for big losses or gains when trading in the cryptocurrency market. It should be noted that although analysts have long held views in the direction of the BUY position as they look after the interests of their own institutions, there has been no strengthening since November 2021. Millions of investors have lost their money due to analysts who they shared views that would influence investors in small upward steps. Care must be taken when investing in cryptocurrencies and transactions should not be made under the influence.

Although Bitcoin has long continued its weak course, today it tested the levels of 24 thousand dollars. Bitcoin, which was trading 64 percent behind its all-time high of $ 69,000, is currently finding buyers at $ 25,000 859 down 6 percent.

Ethereum has started showing an extremely difficult bearish chart. Ethereum, which is 72% behind its all-time high, is trading at $ 1369, down nearly 7%.

THE LEFT MOVES TOWARDS THE RESET

Solana, who for a while was marketed on social media and stamped the money of millions of investors, is about to run out. Solana failed to recover after seeing its all-time high of $ 260 and continued its downtrend. Problems in his network also damaged the trust environment, and investors started fleeing quickly. Solana is trading 89% behind its all-time high. Solana was down 9% to $ 29.36.

DOGECOIN CANNOT DELETE THE ZERO I HAVE ADDED

Dogecoin failed to cancel the added zero in last month’s wave of sales. Despite the billionaire entrepreneur trying to find direction with Elon Musk’s speculative statements, Dogecoin is increasing his losses in an environment where these developments are no longer profitable. Dogecoin fell 7% to $ 0.061.

Shiba Inu, the cryptocurrency with many zeros, has added another zero to its list in the bearish wave. The Shiba Inu fell 5% to trade at $ 0.00000844.