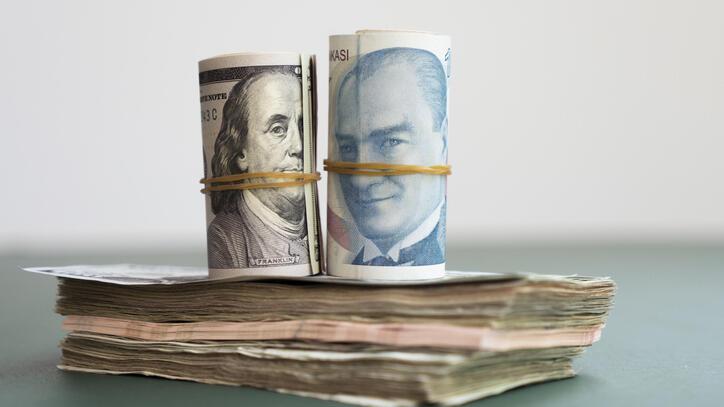 The economist Enver Erkan, who made assessments on the matter, used the following expressions in his statements: “The Central Bank, which has maintained its monetary policy stable for some months, has not implemented any main policy instrument against the “Increase in inflation rates at this stage. We do not expect the Central Bank to turn around to implement a reaction mechanism. Political terrain.”

Cyclical phenomena don’t seem to work very favorably. Recent developments have paved the way for further weakening of the lira, and given Turkey’s low interest rates, this is unlikely to change much. At this stage, the uncertain and elevated outlook for inflation outside the control band will likely increase the fragility effect and cause an increase in demand for foreign currency as Turkey’s interest rates remain low regardless of economic conditions. Central banks of the rest of the world follow in the footsteps of the Fed to be proactive against changing financial conditions and the problem of inflation in this direction, while Turkey stays out of these monetary and financial trends.

“THERE ARE ALTERNATIVE MEASURES IN THE PRESENCE”

Economy management prefers to stick to the strategy of providing liraization, keeping interest rates low and a growth-oriented economy in general practice. As part of this practice, instead of raising interest rates, alternative measures are taken such as the introduction of income-based bonds to support the lira, the narrowing of some credit channels and the encouragement of exporters to sell their income in foreign currency.

On the other hand, generalist economic circles believe that it is not possible to maintain sustainable equilibrium indicators that point to price stability without raising interest rates. Price stability for a few months after Turkey launched the new lira-based deposit product guaranteeing foreign currency yields on December 20, the deterioration of the current account balance due to commodity prices in the interim period, the deterioration of the investment environment, the negative world economy effects of the Russia-Ukraine war, the global economic impact of the war between Russia and Ukraine, the image is again eroded due to factors such as the wave of inflation and the trend of banks centers such as the Fed to rapidly raise interest rates and the monetary policy response that has not been given adequately to this global juncture.

In this context, although it is observed that the USDTRY exchange rate has accelerated its upward trend in the near future, it is foreseeable that the current factors will increase in the future due to negativities such as the decrease in export performance due to the threat of global recession. The financial environment, the factors affecting domestic and foreign demand and the growth-inflation dynamics will keep them in more difficult conditions due to the general imbalance.

Despite this assessment and the intensity of the risks, we believe that there is no interest rate hike in the Central Bank’s plan and that if there is a movement in interest rates, it will go towards a downward trend.

WHAT IS THE CENTRAL BANK’S INTEREST DECISION?

Member of the Faculty of Dumlupınar University, Dr. Zeki Yılmaz, on the other hand, used the following statements on the subject: “Above all, the US Federal Reserve (Fed) should definitely raise interest rates. Interest rates are expected to rise by 75 basis points in the next period. We also need to raise interest rates. It looks like it will be fixed.

As the Fed hikes interest rates at its next meeting, there could be a decline in gold prices. An ounce of gold went up today with statements by Fed Chairman Jerome Powell. After our Central Bank’s interest rate decision, the gram of gold could rise. “

YOU MAY BE INTERESTEDSharp drop in oil! The reason for the decline is clearView the news