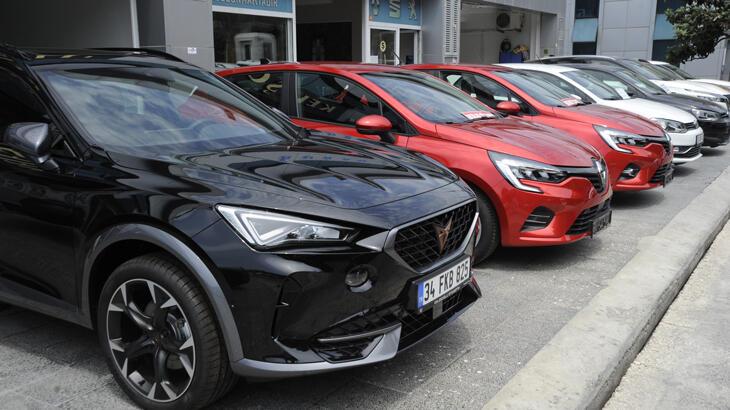 The 6 + 6 deal has a positive effect on used car prices. So now is the time to buy a car? Will prices drop further? Here are the details…

IMAS president Hayrettin Ertemel, who made statements on the subject, said: “There has been a 5-7 percent drop. The arrival of the summer season more than 6 + 6, the statements made on the SCTs created an expectation in the consumer. When the circular 6 + 6 was issued, it was observed that the market stopped. As a result, there was a drop in prices of 5-7 percent. This is a period Temporary Our recommendation is that the consumer should meet the car purchase need as soon as possible during this period.

Yes, we give advice on buying new and used vehicles. In the coming days, the problem with this supply related to new vehicles will continue. In addition, a significant increase in energy costs is expected. When we put them on top of each other, the image shows that zero vehicles will rise again. New vehicles are on the rise and the prices of second-hand vehicles are also on the rise. In this quiet, our advice to consumers is to use the tools.

WILL THE FALL OF THE MARKET CONTINUE WITH THE END OF THE SUMMER SEASON?

After September, vehicle prices may rise again. Therefore, we advise the consumer to benefit from this stagnation until September 15th.

HOW MUCH DISCOUNT WAS ON A 500 THOUSAND LIRA VEHICLE?

The representative of the automotive sector Göksel Erkoyucu used the following statements: “After the decision, the people we call foreign investors wanted to sell their vehicles at a lower price than expected because 6 thousand km at normal zero caused a loss in value. There are discounts like 5 -10 percent on the market, indeed, it would be more correct to say that it has begun to normalize.

THE SUMMER SEASON IS CLOSED. WILL THERE BE ANOTHER MARKET DECREASE?

There is a cost for this work. Snow expectation is decreasing. The price will not be less than the cost. The absence of the vehicle at zero km continues. We think the market will be active starting September 15th. We think prices can remain stable and perhaps continue to rise a bit. 6 thousand km led to a reduction in prices, but the supply problem continues. Each month, there is an increase for zero-kilometer vehicles in the 2-5 percent segment. There will be a reward for it. We all want the stabilization of this market that we are all waiting for.

WHAT IS YOUR ADVICE FOR BUYERS OF NEW VEHICLES IN THE FOLLOWING PROCESS? DO THEY HAVE TO WAIT OR RECEIVE IT?

At the moment, the motorcyclist segment, which we call the final consumer, need not wait. For a while it was rumored that there would be a reduction in SCT. The finance minister has announced that you shouldn’t have such an expectation. The 6 + 6 deal had an impact, but no one will want to give up their loss-making car. The current situation could represent a purchasing opportunity for the final consumer.

Our finance minister had sanctions on banks linked to the measure he announced last time. Banks have already begun to withdraw interest rates. Obviously I can’t give the name of the bank. The interest rate of 2.79 fell to 2.15. We can see the effects of this.

There is a problem with the banks, yes the rates have gone down, but there is a restriction. Although this is not explicitly stated, we give from 2.15. There is a constraint that we give 1 million lire, 500 thousand lire “.

YOU MAY BE INTERESTEDThe founder of Thodex has been captured! “Victims’ ability to receive money depends on the following criteria”View the news