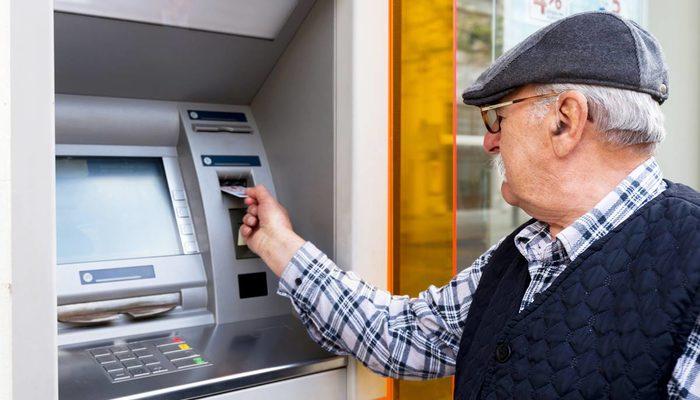 A last minute modification decision has been made regarding pension promotion payments. In recent years, retirees have made a lot of gains. The holiday bonus was provided twice a year, the promotion opportunity was provided once every 3 years, the base salaries were raised. Not only current retirees but new retirees also benefit from these opportunities. Finally, the basic salary of pensioners was increased from 2,000 500 to 3,000 500.

An additional unconditional promotional payment of 5,000 TL awaits retirees. Those who intend to transfer their pension to another bank will benefit if they change banks after paying the salary increase. The pension received in promotional payments is decisive. Due to the limitations imposed by banks, submitting the application before the excursion can result in a low promotion. With the minimum pension increase to TL 3,500 with the July increase, all retirees were able to benefit from the payment of the cap of bank promotions. Two-month beneficiaries can receive a single promotional payment based on their total salary.

HOW TO TRANSPORT THE PENSION?

Changing banks can be done easily. Retirees or new retirees whose 3-year commitment period with their bank has expired can obtain promotions by contacting the bank of their choice. In the meantime, if a better advantage emerges, the 3 years must not have expired. The retiree can switch to another bank at any time. For this it is sufficient to notify the bank where he will pass and by which he is currently paid. Notification can be made at bank branches or via e-Government. The retiree receives the promotion of the time he was in the current bank and returns the change. He also gets the advance promotion from the new bank.

So which bank pays how much promotion? Here are the current amounts of bank promotion based on salary …

HERE ARE THE NEW PROMOTIONAL PAYMENTS IN RETIREMENT …

TEB has taken steps for retirees. In the statement released by the bank, it was announced that the upper limit of the pension promotion has been increased to 5,500 TL. Promotion payments are paid to those who bring their pension to TEB in proportion to their salary. According to the TEB wage rates, anyone earning a salary of TL 2,500 or more is paid a promotional payment of TL 5,500. However, with the regulation adopted after the pension increase, the lowest pension was withdrawn at the level of 3,500 TL. Therefore, all retirees receive a TL 5,500 promotion at TEB.

In addition to the cash promotion, TEB also makes additional promotional payments. Retirees who want to take advantage of the additional promotion must issue 1 automatic order invoice. In this case, the total amount of the paid promotion is as follows; Those who receive a salary of 1,499 TL 3,800 TL

In the statement released by Yapı Kredi, it was announced that promotional payments have been increased to 5,000 TL. According to the statement issued by the bank; 3,500 TL for retirees with monthly net income up to 1,499 TL; 4,250 TL for those between 1,500 TL and 2,499 TL; A cash promotion of 5,000 TL is paid out to those who exceed 2,500 TL. The bank also makes an additional payment of 100 TL to retirees who make two automatic bill payment orders. On the other hand, retirees bringing their pension to Yapı Kredi can also benefit from a flexible interest-free account limit of up to 2,000 TL. Yapı Kredi’s promotional campaign will run until the end of July.