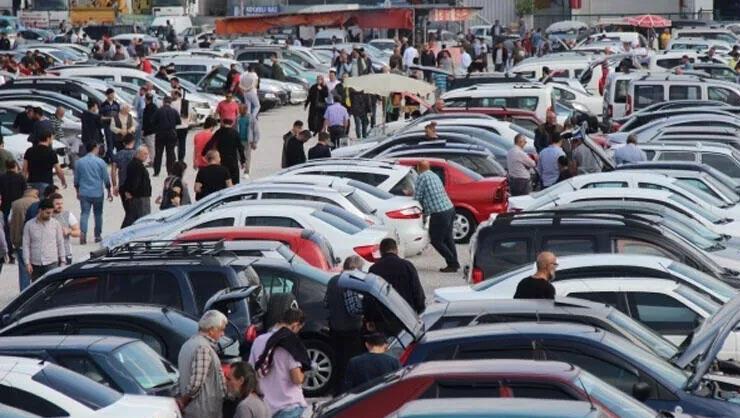 While the contraction of the automotive sector continues, almost at a standstill due to the chip crisis in the world, prices are aiming to decrease with the pace of the Ministry of Commerce. The Minister of Commerce Mehmet Muş announced that after the first registration the regulation that prohibits the sale of cars after 6 months and 6 thousand kilometers will come into force.

Although the regulation has not yet entered into force, its effects have begun to be seen in the used car market.

The expectation of reducing the tax on the special car consumption tax or increasing the tax base has also led to market stagnation. Although the existence of such a situation has not been announced by any authority, those who will buy cars have postponed their purchase decisions.

“PRICES HAVE STARTED TO DECREASE BY ABOUT 5 PERCENT”

Görkem Konu, who runs a gallery in Istanbul, has responded to allegations that prices have fallen. He said that the drop in prices is not related to the regulation of 6 months and 6 thousand kilometers and that there has been a stagnation in car sales in the last two months. Stating that there was stagnation due to the Feast of Sacrifice for about 10 days and the inability to make sales, Konu said: “After Eid-al-Adha, rumors emerged about the special consumption tax, which induced buyers to delay their application. “

“THE GALLERY ARE NOT STOCKER”

Stating that the rumors that they are stocking dealers for dealers are not true, that dealers who sell brand new cars do not sell cars to dealerships, and that this decision is strictly enforced, the subject said: “When I go to the dealership to buy a car for me, they don’t even sell me because I’m a dealer. The galleries don’t stock, “he said.

“6 MONTHS, 6,000 KILOMETERS IN CONDITION MAY BE SUITABLE FOR FLEETS”

Regarding the statement by the Minister of Commerce, Mehmet Muş, according to which the first registered vehicle cannot be sold if the 6 months and 6 thousand kilometers condition is not met, the argument was “There has been talk of bringing these conditions into , the vehicles are supplied to the fleets at a discounted price. There was also a state tax loss here. In principle, the fleets did not sell unless the conditions of 6 months and 5 thousand kilometers were met. If the regulation goes into effect, I think the mileage requirement will depend on the statement, “he said.