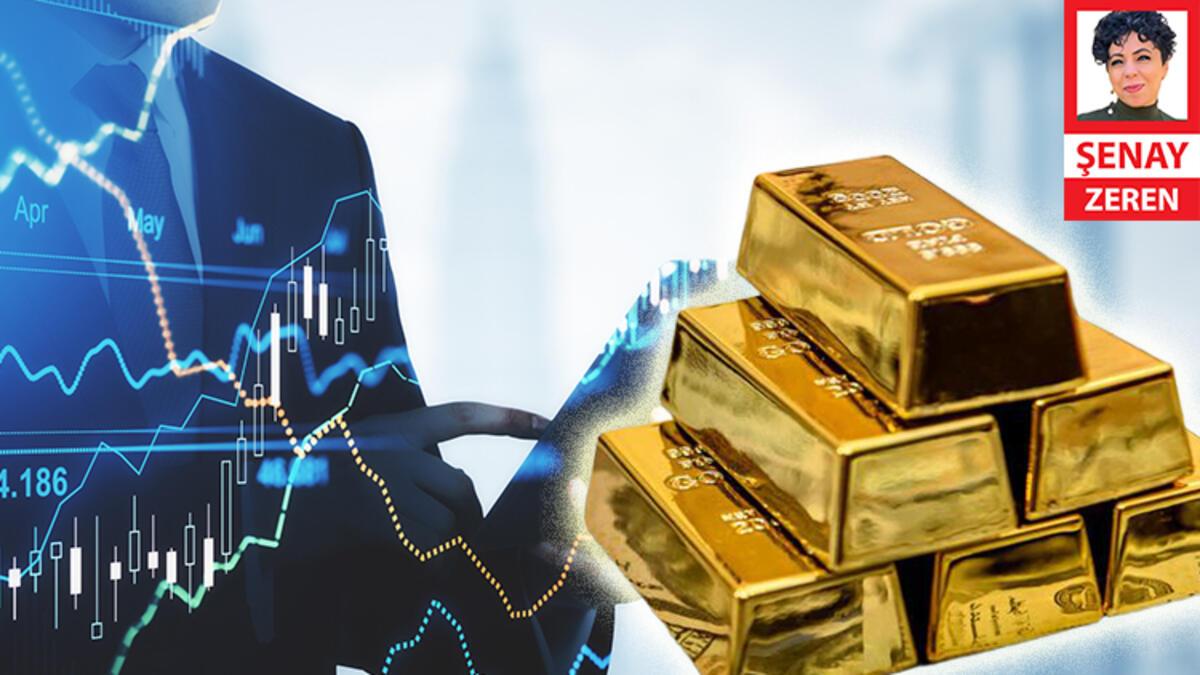 While the price of the ounce of gold continues to decrease continuously for 5 consecutive days; Today, it fell to $ 1792, the lowest level since May 16. Most analysts, on the other hand, are of the opinion that in the second half of the year there may be upward movements in ounce gold prices.

While negative economic data from the US reinforces the possibility that the US Federal Reserve (Fed) may tighten its monetary policy more quickly; This situation negatively affects gold prices in the ounce. On the other hand, the market expectation that Fed rate hikes to prevent rising inflation could slow the economy and increase the risk of recession. While this expectation supports gold prices, it reduces risk appetite in global markets.

US inflation of June on 13 July; The next meeting of the Federal Open Market Committee (FOMC), which determines the Fed’s monetary policy, will be held July 26-27. The Fed is expected to raise the policy rate by 75 basis points at its July meeting. Also, at the press conference following the interest rate decision, the projections to be announced by Fed Chairman Jerome Powell for the next few periods will be of paramount importance.

While the Fed’s rising interest rates and expectations of an acceleration of rate hikes, the US dollar strengthens the dollar index, which measures its value against 6 currencies, including the euro, the yen Japanese, British pound, Canadian dollar, Swedish krona and Swiss franc and increases US bond yields; on the other hand, it suppresses precious metals such as gold and silver. However, as risk appetite in the markets decreases and investors’ liquidity needs are met, special moves are occurring these days. While US 10-year bond yields fell to the 2.9410 percent level; Gold ounce prices also fell and hit a 1.5-month low. 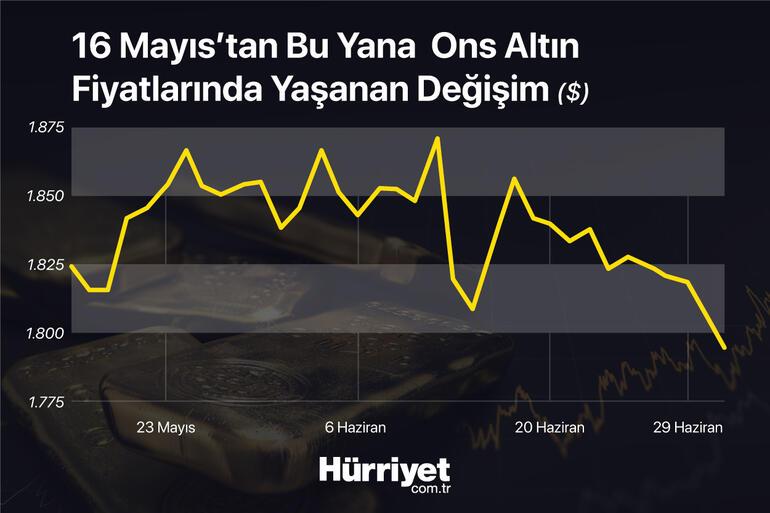 While the price of the gram of gold started the new day with a decline, it recorded the highest level of 971.27 lire and the lowest level of 962.87 lire during the day. Gram gold, although falling due to the decrease in the price of the ounce of gold, decreased by 0.63 per cent at 14:14, to the level of 963.47 lire. In the same minutes a quarter of gold is exchanged for 1590 lire and the gold of the Republic for 6 thousand 542 lire. While the prices of gold gram were at the level of 971 lire at the closing time of the Turkish markets yesterday; started the new day at the level of 964 lire. 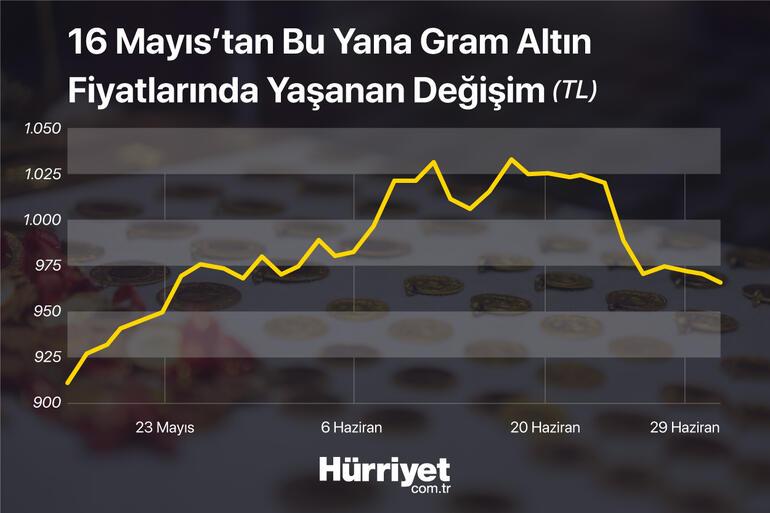 THESE DEVELOPMENTS MAY AFFECT THE GOLD UP.
Rıdvan Baştürk – Founder of Baştürk Financial Consulting 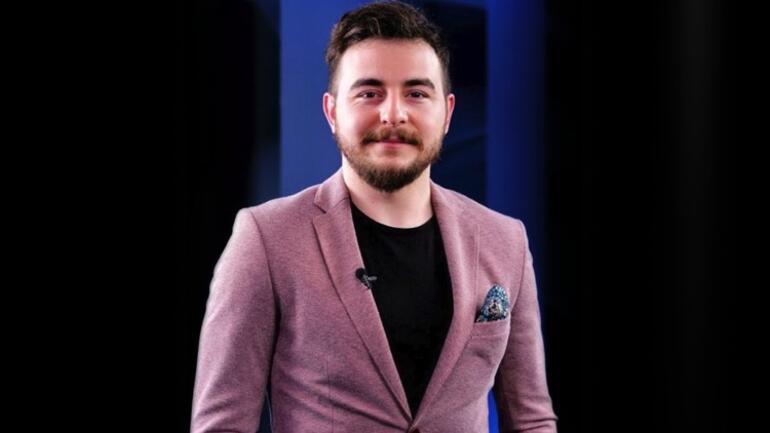 We are in a process where recession fears are on the rise along with expectations of high inflation on a global basis. The poor disclosure of nearly all data from the United States, in particular, raises concerns about the recession. The US economy, which contracted 1.6% in the first quarter, is also expected to contract in the second quarter. Economic activities are losing momentum not only in the US but also in Europe (especially in Germany).

All these developments reduce risk appetite on a global basis. Against this backdrop, we see risky assets remain under pressure in the big picture. In parallel, there is a decline in US 10-year bond yields. Interest rates, which were around 3.50 percent two weeks ago, fell to 2.95 percent this week. I shared on social media that I was expecting such a drop in interest rates. However, as interest rates fell, the value gains I had expected in instruments like the ounce of gold and the Japanese yen did not come. I expect inflation, recession and falling interest rates to affect the gold side of the ounce upward. The decreases that may occur in the short term are expected to give a buying opportunity in the medium to long term.

As for gold in grams, we recorded a decline from around 1030 to 950. Of course, the drop in the dollar exchange rate was the main factor in this decline. I think the shift side will follow a horizontal pattern for a while. Here, the movements of the ounce of gold will be more decisive.

In gram of gold, I think the main direction is up and the drop will give a buying opportunity. Here, the 950-935 TL band can be seen as an important support zone.