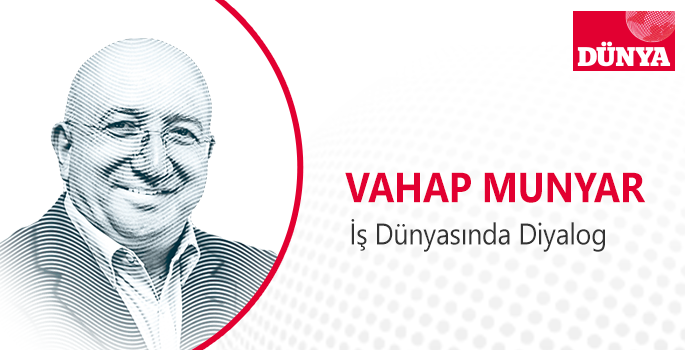 SAMSUNChairman of the Board of Directors at the TEKNOFEST held in Hayrullah Zafer Aral with his son, CEO Cahit Utku Aral guest, “Canico” We went to the factories of Samsun Yurt Savunma (SYS) Industry and Trade Inc., which manufactures under the brand, in the city.

Hayrullah Zafer Aral, the father of history, the Minister of Industry and Commerce of the ANAP period. Cait Aralinput from:

– My father started industrialization in our hometown Kayseri. “Aral engineHe took a step by founding his own company. He produced Turkey’s first patented diesel engine in the 1960s. Subsequently, he founded Meysu in the 1960s and MeyBuz in the 1970s.

– In 1993, the Erbakan-Ciller government initiated the Eastern Black Sea weapons project. It aimed to open production to the private sector under the supervision and responsibility of the Machinery and Chemical Industry Corporation (MKEK). Samsun Arms Industry was founded in 1998 within this framework.

President of the Board of SYS Hayrullah Zafer Aral, continued the story:

– After a while, Samsun Arms Industry passed to Ali Rıza Çarmıklı, the founder of Çarmıklı Holding. Ali Rıza Bey sold the company and the 10-loom manufacturing center to my friend from elementary school, Cahit Aral.

Father Cait AralHe recalled that he died in 2011:

– As the second generation of the family, my brother and I, our children were involved. We took the flag. We had obtained SYS production benches and production permits, but there was no salable product. 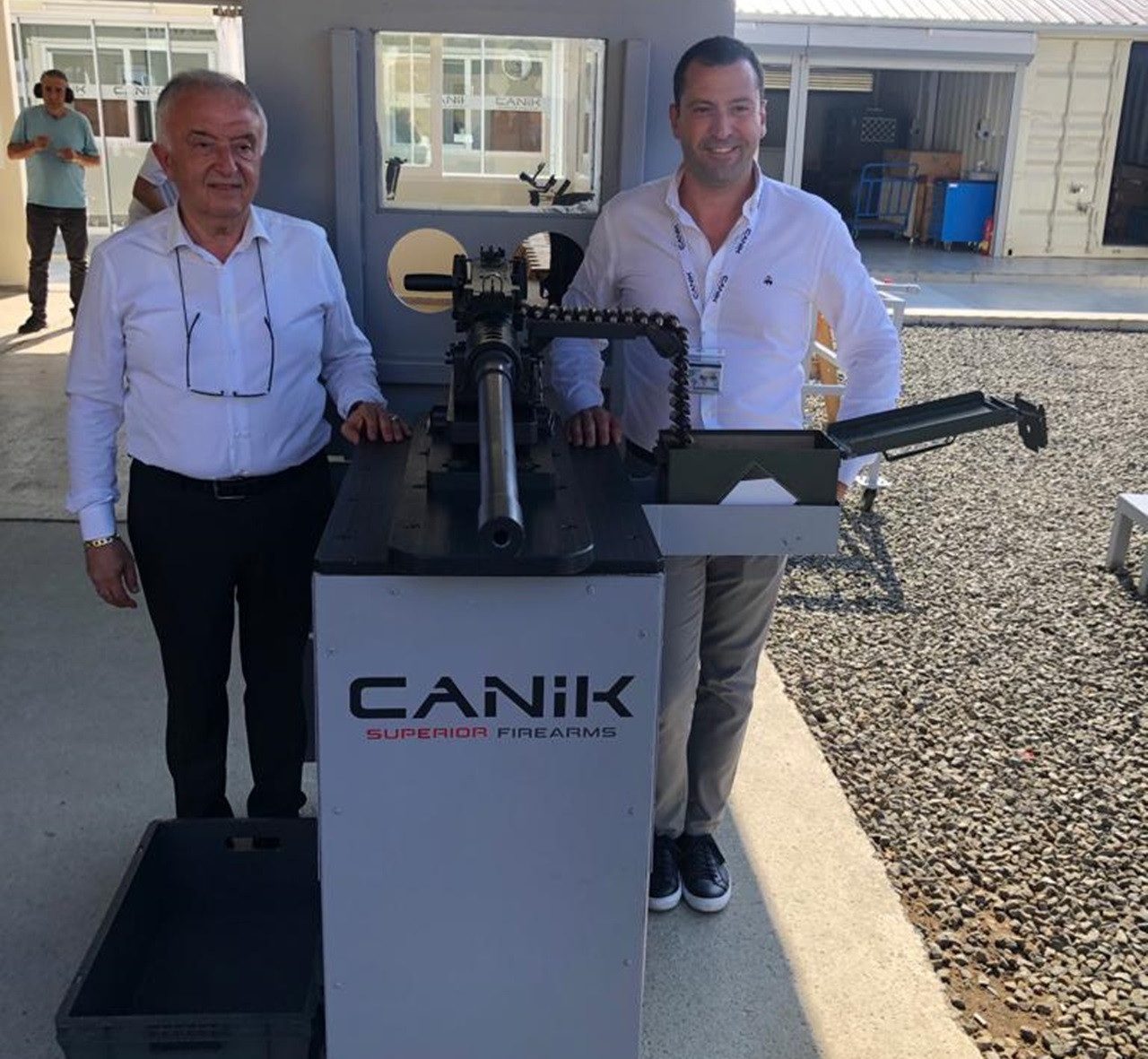 He also noted that there was not much feasibility during the SYS acquisition:

– We sat down and calculated. “If we do research and development for 4-5 years, we look at what we can produce, what product we can sell” We thought. There was a cost of $ 3-4 million.

Utku Aral, pointed out that the company has been involved in research and development for 10 years:

– All companies have focused on the same products. It was 2008 and we saw that we could not open up a space with existing products. The guns were steel-bodied. We’ve also worked 3.5 years to make a difference in the gun. We developed the polymer body needle gun.

Enhancing their capabilities in 2005, he told MKEK that they have produced parts for different weapons:

– In 2008 we entered the field of aviation and missile systems. We started producing various components for Roketsan and TAI. The turning point for us was the tender opened by the Directorate General for Security in 2012.

CANİK reported that the TP9 is the first nationwide developed polymer body pistol:

Zafer Aral, He remembered the gun prices in those days:

He calculated over 1 million guns:

Utku Aral, He claimed that with the development of gun manufacturing, they left the parts manufacturing business for MKEK and left the aviation industry:

– We currently produce 1300 guns per day. So, we’re working at a rate that produces one gun per minute. We produce 3 shifts 6 days a week. We pay attention to production with a serial but boutique mindset.

He pointed out that the largest civilian market for the pistol is the United States:

We wondered about the export income per kilogram of the gun, he calculated:

Erbakan-Celler The Eastern Black Sea weapons project, brought to the agenda by the Turkish government in 1993, Aral With the involvement of his family, Samsun Yurt Savunma (SYS) Industry and Trade Inc. came to life with CANİK in dimensions that surpassed the dreams of those years.

The fact that CANİK manufactures in 3 factories in Samsun, 1 in Istanbul and 1 in the USA and its position as the seventh global small arms manufacturer reveals this …

Production in the United States will increase to 500,000 units

SAMSUN Yurt Defense (SYS) -CANİK General Manager Cahit Utku Aral He said they opened their first products, which they started selling domestically in the mid-2000s, to the world at the same time:

– We also introduced CANİK TP9, the first member of the polymer body gun family, to the US market. In 2010 we decided to invest in the USA. We founded Century Arms and CANIKUSA.

He stated that the company’s headquarters are in Boca Raton (Florida):

– Our production continues at our 5,000 square foot enclosed facility in Vermont.

He noted that they have decided to move production from the United States to Florida:

– With the new investment, our annual arms production in the United States will increase to 150,000 in the first phase. Subsequently, it will reach 300-500 thousand pieces.

Chairman of the Board of SYS-CANİK Hayrullah Zafer Aral, intervened:

– We will ship most of the raw and intermediate products from Turkey that we will use in manufacturing in the United States.

During the development of the 12.7-mm heavy machine gun, 100 million pounds of bullets went

– In this context, we have developed the CANİK M2 QCB as part of the national and national anti-aircraft project 12.7 x 99mm. It was approved as Turkey’s only and largest machine gun.

He pointed out that it took 3 years to develop the machine gun:

– We spent 160 million lire on research and development and 440 million lire on industrialization for this machine gun. We have achieved the success of being the fifth company in the world capable of producing this weapon.

Chairman of the Board of SYS-CANİK Zafer Aral, shared the following information:

– A total of nearly 1 million rounds were fired during the research and development and testing phases of the machine gun. In this period we have spent 100 million lire on bullets, each of which is 5 dollars.

Buy AEI in England, it will spend 1 billion lire

– AEI is one of the UK’s defense companies. A structure that produces the 30 X 113 that can be mounted on aircraft. We’re about to buy that company. We are waiting for the final authorizations.

He stressed that the AEI acquisition would be a first for Turkey:

– It will be the first time that a Turkish company has bought a defense company from the UK. Our Ministry of National Defense and the Presidency of the Defense Industry have also closely followed this purchase initiative.

He drew attention to the characteristic of the weapon produced by AEI:

– The weapon produced by AEI is not currently produced in our country. Turkey needs this weapon.

Chairman of the Board of SYS-CANİK Zafer Aral, highlighted the following point:

– With this purchase, we will have transferred the technology from the UK.

We asked for the purchase price of AEI, Zafer Aral shared the following account:

– Together with the purchase and investments that we will make, it will be a 1 billion lire operation.