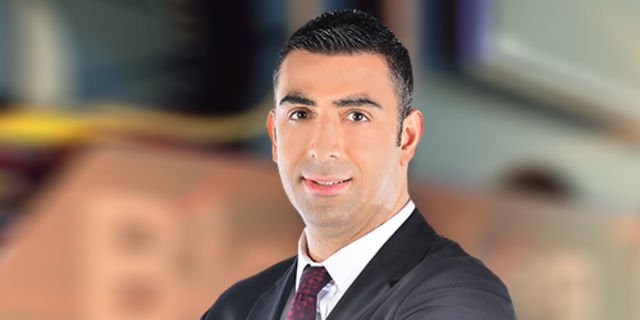 About 4-5 months ago, we said on our TV shows that food prices will spend the summer at their peak.

In this period, when prices for fresh fruit and vegetables are expected to be the most reasonable due to the season, food inflation is breaking record after record, not to mention the slowdown.

Ours was not a prophecy …

We performed due diligence in light of the available data and information we received from the field.

Now autumn is upon us.

Eyes are slowly turning to the next course in food prices.

Let’s say at the beginning what we will say at the end. We don’t know what the weather will be like this winter, but it goes without saying that it will be quite rigid in terms of food prices.

The village that appears does not want a guide.

The Agricultural Input Price Index (Agriculture-GFE) climbed 135% year-on-year, peaking in the history of the index.

When we look at the subheadings, the increase in fertilizer prices in the last year is 234%. The cost of energy used in agriculture appears to have risen by 228 percent. While the price of diesel has increased by 242%, feed prices have increased by 146% in the past year.

Agriculture-PPI broke a new record with 158 percent per year.

In such an environment, can food inflation remain at 95%?

And besides, these are TUIK’s figures …

The increase in costs felt by the producer and the inflation felt by the consumer in the bazaar, market or market are much higher than official figures.

As we go through such a process, we share some developments and predictions that this winter will be harsh in terms of food prices.

THE PRICE INCREASE WILL CONTINUE

In parallel with the increase in the costs of fresh fruit and vegetables, and therefore in their prices, there are and will continue to occur increases in the prices of processed food products.

Another commodity whose price is expected to rise again by the end of the year is sugar.

If you remember, Türkşeker announced the advance price of sugar beet at 800 TL per ton this year, then raised the advance price to one thousand TL. It is the order of the day to increase the advance price to 1,350 TL until October. The premium amount is also expected to be revised from TL 100 to TL 150. In light of these developments, the price of sugar is expected to rise by around 20 percent until the end of the year. This actually means higher prices for sugary products and products. A similar activity can be seen in fruit juice prices. It appears that flour and pasta prices will continue to be high at the current juncture.

Although there is a significant base effect that will reduce inflation at the end of the year due to the strong rises in November-December 2021, the consumer whose purchasing power has decreased will not be affected by this decrease.

THE AGRICULTURAL LOAN MARKETS ARE RESTARTED

In this process, in which the rise in prices has not slowed, agricultural credit markets have returned to the agenda as a means of fighting inflation.

It was announced that from 15 August the Agricultural Credit Markets, which reached 1,300 branches, began to apply discounted prices for over 30 basic consumer products.

In addition, it is expected to increase the number of stores across Turkey by providing a thousand dealership systems.

What kind of result is expected from this move, which has already been tried several times but has not been reached a definitive solution?

Markets with 10 or more branches in Turkey are referred to as “chain markets”.

At the end of July, there are 157 companies in Turkey that match this description.

And the total number of branches of these companies with chain market status is 46,139.

Among these chain markets, the top 3 companies with the largest number of branches are A101, BİM and Şok, also called discount markets.

Therefore, the total number of branches of the chain stores, which are called only these three discounted markets and which are located at the beginning of each street, is 32 thousand 37.

So when we look at the dynamics of organized retail, how realistic is it to expect a function that will provide permanent decreases in food prices and stability from agricultural credit markets?

Also, the problem isn’t as simple as increasing the number of branches or reducing sticker prices overnight.

The conditions of production and supply of all processed or unprocessed products sold in food retail are more or less the same.

Agricultural credit markets do not supply food from different ways or places.

The products are re-produced in the field, garden or farms, transformed in dairies and transformed into value-added factories. The supply chain works in much the same way. Therefore, all these companies have to bear almost the same production and operating costs.

Therefore, as the number of markets increases, the costs of the products sold do not decrease.

By the way, a little note …

If Tarım Kredi, who buys rice from the producer for 25 TL, sells these products on his shelves for 18-20 TL at a loss, it is obvious that this business is not sustainable.

To put it more clearly, reducing shelf labels without controlling rising input costs is not a permanent solution in the fight against inflation. This is more of a palliative, artificial move.

It is useful to remember once again what we have always said.

In an environment where there is no production planning, costs cannot be controlled and a healthy free market environment is not created, price stability in agriculture and food cannot be achieved.

The way to ensure consumer access to healthy, quality and affordable food is to protect the producer and support production in a sustainable way.

“The tomato will cost 50 TL this winter”

With the approach of autumn, the greenhouses began the activity for the production of the new season.

The plantings are almost completed in the 11 thousand decares of land where soilless agriculture is carried out. In greenhouses where intensive tomato production takes place, costs have increased significantly.

Yanmaz said: “The price of coal used by our producer to heat their greenhouses has increased 4-5 times in the past year. With an energy cost increased by 238 percent and a fertilizer cost increased by 250 percent, this year ours under We shouldn’t be selling tomatoes. Greenhouses in Europe are no longer able to produce due to high energy costs and natural gas cuts. They want to buy all the products from us for 2 euros per kilo. When winter comes, everyone will stand up because of tomato prices. The price of the tomato will be 50 TL, “she said.

Yanmaz said he feared a possible export restriction and said, “We export 85-90% of our products to Europe and Russia. If exports are closed, greenhouse producers investing $ 60-100,000 to decare. they will lose, “he said.

The production cost of honey has doubled

Turkey Beekeepers Center Union President Ziya Şahin says that while the manufacturer’s cost of 1 kilogram of flower honey was between 25 and 26 TL last year, they were able to wholesale it for 30 TL.

However, looking at the shelves of the market, Şahin points out that the price of the same honey is sold at 80-90 TL and draws attention to the fact that even the 3 times difference should be questioned.

Coming to this season, beekeepers appear to have had their share of high input costs.

Calculate the price on the shelves of the product, which costs 75-80 TL from the manufacturer.

Support for 2022 is not yet announced

Agricultural subsidies are in fact one of the most important tools used in production planning.

The European Union announces its agricultural support budget within a 7-year plan. For example, with the support announced in 2020, European farmers know how much support is granted to which product in the period 2021-2027 and determine the production decision accordingly. This actually plays an important role in planning European agricultural production for the next 7 years.

In our case, the supports are announced on an annual basis. It is usually announced towards the end of the year, after all sowing and planting has been completed, or even after the crop has been harvested and sold. In this inflationary environment, support payments are also paid with delays sometimes exceeding 1 year. Therefore, supports do not have a very positive effect in terms of planning in production. This leads us to an unplanned and unbalanced process in our production. So we are left alone with the price movements that the producer and the consumer undergo. For those curious about this year’s support payments developments, we tell you right away. Support for 2022 has not yet been announced, although we entered in September. Support is expected to be streamlined and announced in October.