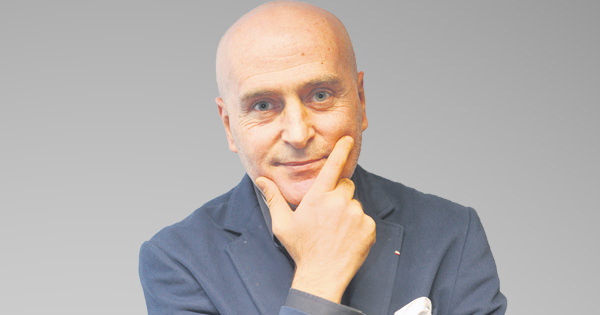 
D.UNYA entered another era.
Pandemics and wars have given rise to economic and political crises. So while these crises affect everyone, who makes them happy? Of course, those who feed on crises and make money from all kinds of chaos … Also, they have a say in the establishment of the new World Order, they are destroying states, they are starting to shake the opposition by creating an economic crisis and unleashing opposition on governments. They are enjoying the power over themselves. The game is bigger than you can imagine. As you know, the US Federal Reserve prints the dollar and manages it all over the world.
The 8 richest families in the world share this bank.
The Fed, through the BIS, which it established in Switzerland and connects the central banks of the world, is lobbying and raising interest rates in countries. Therefore, the value of the dollar is increasing exponentially around the world.
Recently, the Fed had raised interest rates because inflation was on the rise in the United States. He announced that he would continue to raise interest rates as inflation continued to rise. Just like in Turkey “Raise interest rates, lower inflation” Like the opposition, which it claimed, the FED created the perception that it would reduce inflation in the United States with a rise in interest rates. Rising interest rates mean banks around the world, including the Fed, are filling their coffers to the brim.
So who will be out of their own pockets as these increased interest rates go into the pockets of the banks? Of course, from the pockets of billions of people living on earth and businessmen who want to invest. In fact, since yesterday, the rebellion against this crisis-interest-robbery triangle established by banking families has made its way into the world.
Businessmen like Forbes and Elon Musk “Interest increase”will bring the world to disaster. they said. forbes “If interest rates go up, folks will become poorer ” scream. well Banks diving into the pockets of billions of people He said he would water. Elon Musk too Warning of a recession, the US economy He signaled that he was about to collapse.
FED world leader “Interest increase rates so that consumption Demand falls and prices fall. recommends the model.But when interest rates rise, billions of people borrowing money from banks your pocket starts to invade. Also investor debt and production costs rise.
After all, they also come with a price.
The consumer who loses is the people. When consumer demand decreases, business growth begins to slow down and collapse begins. In the end, the only winners are the banks and their owners who have nowhere to put their money.
They built a great system. Every bankruptcy, collapse, crisis, war becomes a mint for a handful of wealthy people. Let me give you an example. During the Trump presidency “Some companies on me to go to war It puts incredible pressure. to this game I will not come. Giving them I will not give up on the USA ” he was saying.
He accused banks, oil and arms companies, saying “My greatest enemy is global capital.” Today, the new administration in the United States, oddly enough, presented Ukraine to Russia on a gold platter. “Come to Kiev” he begged. With this presentation, the world has entered a great crisis. Oil prices have skyrocketed to all-time highs. This boom in the price of oil, which has shaken all the countries of the world due to energy dependence, has brought panic with it.
It’s just that in the US stock markets, investors started selling more shares than they bought. In this world to get to the point of panic “Bear market” Was called. created by panic “Bear market” hit the tech giants and car dealerships hardest. But who suffered the greatest loss? Guess what … Of course the oil companies … They too have retaliated by raising the price of oil in addition to the increase, using the crisis and war as an excuse.
So who owns those oil companies?
Of course “Raise rates” shouted the owners of the US Federal Reserve and other world-famous banks. Darren Woods, CEO of Exxon Mobil, the American oil company owned by the richest family in the world and boss of the Fed, yesterday “Oil for another 3-5 years and gas markets will be tight “. he was talking. So all over the world “We will take more money out of your pockets” he said politely.
This is the central bank of the United States, the Fed. “By raising interest rates, billions of people we will make it poorer ” he says, the energy companies they own “Oil and buy more gas we will continue ” he was whistling.
In the crisis, bears have always been the winners. “Bear They threw it into the fire, took her baby under it “ or “Bears eat the best of pears” said it was not said in vain. Attack of the land bears is struggling with. I’m over the bridge for now and they think they’re uncles!

Legal Notice: All rights of the published column / news belong to Turkuvaz Media Group. Even if the source is shown or an active link to the news is provided, the section / news item cannot be used in whole or in part.
Click for details.