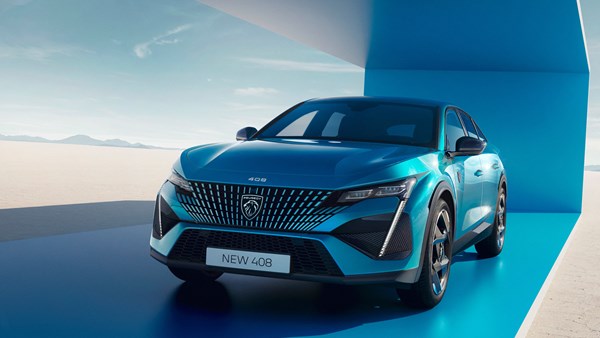 A new topic that has been on the agenda with visual clues for a while Peugeot 408 of 2023 It was officially unveiled today. Sales of the new 408, which combines the fastback silhouette with an updated body, will start next year. The price is not yet known.

What does the 2023 Peugeot 408 offer with its characteristics?

The front section of the Peugeot 408 of 2023; The muscular hood looks very aggressive with its sporty bumper and subtle LED lighting matched to the grille with vertical details. When we look from the profile, we see that the high shoulder line and wide fenders keep the same look. The dimensions of the rims, which attract attention with their design, increase by up to 20 inches in the higher versions.

At the rear of the new 408, which winks at crossovers with its black plastic inserts, three-piece LED lights are combined with the new lion logo in the center through a slim panel. In the area where the chisel lines dominate, we see that the plate is integrated into the trunk lid. The black bumper also adds to the powerful appearance of the new 408.

The interior of the new Peugeot 408 has a familiar image. The small Peugeot steering wheel stands out in the area, largely reminiscent of the new 308. In the rest of the console we are welcomed by the i-Cockpit layout consisting of 10-inch screens. Depending on the equipment level, the new 408 will have seats with massage functions, nappa leather upholstery, panoramic glass roof and a 690W Focal sound system with 10 speakers.

As for safety, we see advanced driver assistance technologies powered by 6 cameras and 9 radars. These include advanced features such as adaptive cruise control with stop & go function, 360 degree parking assistance, night vision system, long range (75m) blind spot monitoring and rear traffic warning. In addition to this, the Drive Assist 2.0 package, which will arrive a few months after launch, will also add a semi-automatic lane change function.

The 2023 Peugeot 408 will initially be offered with two different PHEVs, that is, rechargeable hybrid versions. The hybrid versions, both front-wheel drive and equipped with an 8-speed automatic transmission, will have an 81 kW (109 hp) electric motor. The detail that differentiates the two versions is the 1.6-liter turbo petrol unit which offers power options of 150hp or 180hp. Therefore, the first PHEV option will offer 180 horsepower and 360 Nm of torque in total, while the more powerful one will come with 225 horsepower and the same torque.

Peugeot has not yet announced a value for the purely electric range of the PHEV versions, but when we look at the Citroen C5 X side, the fact that this model offers an electric range of 55-61km according to WLTP could give us a clue. Not content with hybrid versions, Peugeot will also introduce a fully electric 408 in the future.

In addition to hybrid versions, the new 408 will also be sold with a 1.2-liter three-cylinder petrol engine with 130 horsepower and 230 Nm of torque. This version will also be front-wheel drive and can be preferred with an 8-speed automatic gearbox. The new Peugeot 408, scheduled for early 2023, will be produced at the French plant in Mulhouse.


Share by email
titled this send it to your friend.