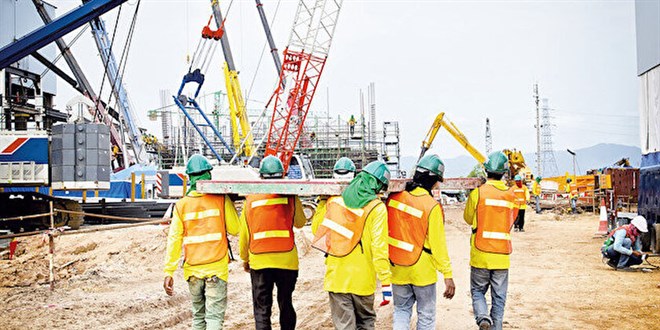 The public and private sector is expected to increase by at least 50% in July to increase the incomes of workers, civil servants and retirees. By the end of June, 6-month consumer inflation will be around 40%. When an annual growth expectancy of 6-7% is taken into account, a salary increase of at least 50% should be equated with the inflation + welfare share of workers, civil servants and retirees (retirees and workers should also receive a share from the growth).

The burden of inflation currently weighs on the shoulders of the working class and retirees. The working sector and retirees make up about 90% of society. If these two groups experience relief, society at large will experience relief. As data on July price hikes come to the fore, objections will be raised that these hikes will cause a new rise in inflation. Although workers, civil servants and retirees were not to blame for the inflation that has occurred so far, they have borne this burden to this day.

IT SHOULD HAVE A QUOTE OF GROWTH

The company can easily handle the 5-10% inflation that will occur after the 50% increase in July. If an increase is given at the beginning of the year, equal to the share of inflation and welfare that will occur in the second half of the year, those who have suffered a serious loss of income after the pandemic will compensate for these losses and receive a share from the growth. .

THERE IS MORE BUDGET

ESPECIALLY HAVE HIGH PROFITS AND TURNOVER

When we look at all sectors of the private sector, the company achieves high turnover and profits. When we look at the 1st quarter financial statements, we can easily see this across all sectors. Employees should also get a share of this beautiful painting. When we look at corporate tax payments over the 5-month period in 2022, we see a figure of TL 260 billion. This figure was TL 177 billion for the entire last year. Private sector companies do not give their employees the share they deserve from the money they earn. The problem of society is not the economic crisis; inequality in income distribution; it is the decrease in the purchasing power of workers, civil servants and retirees. Private sector companies should grant full rights to employees who earn this money.

For example, since we have the figures, we can look at the banking sector. I think there are similar situations in other sectors as well. Banks’ profit in 4 months is TL 93 billion, staff costs in 4 months are around TL 22 billion. By the end of 2022, the total profit of the banking sector will reach TL 350-400 billion; Although staff will receive a 50% increase in the second half of the year, staff spending in 2022 will increase to 80 billion Turkish Lira. The return on capital is 5 times the personnel expenses. In 2012, the capital gains in the banking sector were less than 2 times the personnel expenses. In other words, the income of 200,000 employees is one fifth of the income of 50-100 capitalists. In this case, adjustments to employee salaries should be made, apart from inflation in real terms. This figure is similar in other areas. In a factory employing 1,000 workers, the profit on capital is greater than the annual earnings of 1,000 workers.

ALL SECTIONS MUST BENEFIT FROM GREATER WEALTH

Governments encourage and support capitalists to produce and provide employment with ongoing incentives and support. But at the point reached, we see that the capitalist insists on sharing his gains. Everyone is very honest, very democratic, very conscientious in matters other than himself, but when it comes to his own pocket, he always carves it out for himself like a blacksmith. The government must take action in favor of workers, civil servants and retirees, as it has done before.

Our government should put this injustice in income distribution on the agenda and focus more on this issue in the coming years. Our country has grown economically 2-3 times in the last 20 years, the country’s welfare level has increased, but there has been an inequality in the distribution of quotas subtracted from this welfare, this must be compensated for.

LOOK AT THINGS FROM THIS ANGLE

When it comes to the raises to be given to workers, civil servants and retirees, this time no one should find excuses. It is time to raise the level of well-being of low-income groups; shareholders don’t care. O shareholders; Your employees are not important, you look at life as your customers are important. If workers, civil servants and retirees earn a lot, they are also your customers; your customers will have won; In the long run you will win anyway, don’t worry, you won’t actually lose. Don’t be cowardly in giving workers the wages they deserve. And look at things from this point of view.