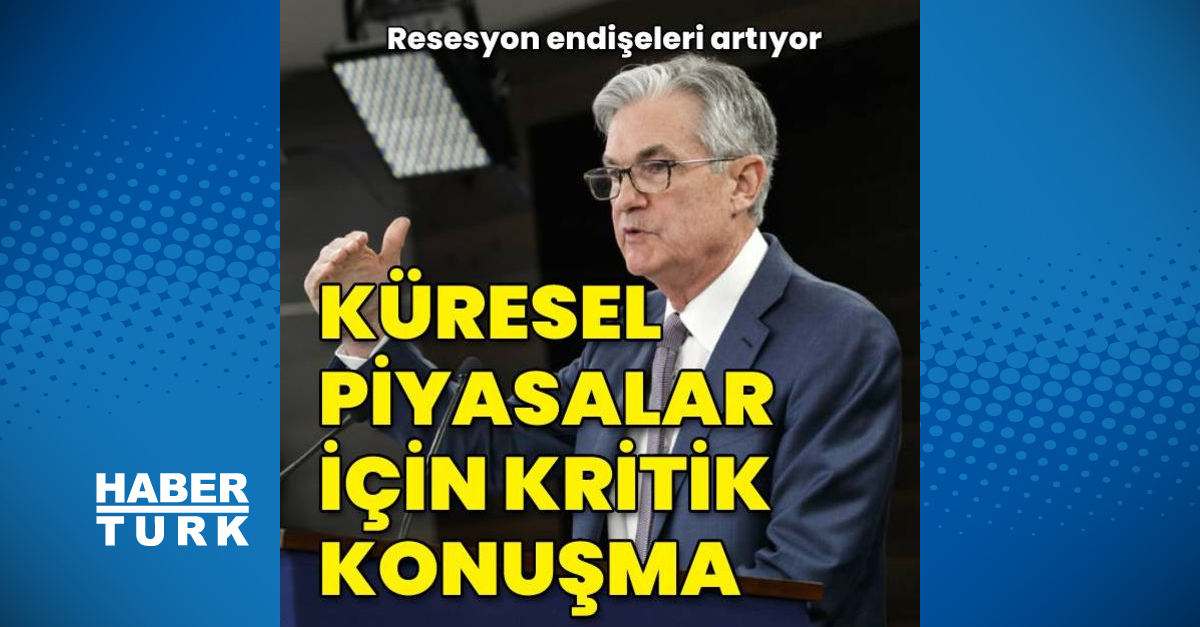 After the US Federal Reserve (Fed) hikes interest rates by 75 basis points, the strongest interest rate hike in 28 years has been followed in global equity markets, eyes will be on the busy data agenda with statements from Fed Chairman Jerome Powell next week.

At its June meeting, which ended later this week, the Fed raised the policy rate by 75 basis points, bringing it into the 1.50-1.75 percent range. In the Bank’s projections, the inflation forecast for this year increased from 4.3 percent to 5.2 percent, while the growth expectation of the US economy for this year was reduced from 2.8 percent. one hundred to 1.7 percent.

In a statement after the meeting, Fed Chairman Jerome Powell said the Bank could raise interest rates by 50 or 75 basis points at its July meeting against high inflation and noted that the 75-point increase interest rate base was unusually large and he did not expect movements of this size to be widespread.

While U.S. bond yields have declined slightly from their 11-year high following the Fed’s interest rate decision, the dollar index, which had hit its 20-year high of 105.8 before the meeting of the US dollar. Fed fell to 104.6 after the meeting. In some US bonds, the yield curve remains inverted, indicating the risk of a recession.

Fears that the Fed’s “hawkish” stance could plunge the country into a recession were the main factor in selling pressure on equity markets, as oil prices fell 7.6% on a weekly basis to $ 111.2, amid fears that economic activity could slow.

As US equity markets followed the downward trend for the third straight week, eyes were turned to statements by Fed Chairman Powell Wednesday and Thursday in the Senate and Financial Services Committee, respectively.

After inflation announced in the country in May was above expectations, rising uncertainties about the future made pricing difficult.

Analysts said that, coupled with Powell’s guidance, the signals in the macroeconomic data will be followed closely, adding that clues to inflation trends could increase market volatility.

According to macroeconomic data released in the United States this week, the Producer Price Index (PPI) rose 10.8% year on year, below expectations. Contrary to projections, retail sales in the country fell by 0.3% in May.

In the data calendar for the week that began June 20, the Chicago National Activity Index and Second Hand Home Sales Tuesday, the Current Account Balance, the Industry Purchasing Managers Index (PMI) data manufacturing and services on Thursday, University of Michigan consumer confidence will follow the index and new home sales on Friday.

Markets in the US will be closed on Monday for holidays.

ECB GETS READY FOR INTERVENTION ON BOND INTERESTS IN EUROPE

As European equity markets followed a heavy sell-off this week, the European Central Bank (ECB) announced it will take important steps regarding rising bond yields by meeting urgently on Wednesday.

In the ECB statement, it was stated that the rapid rise in bond interest has increased the fragility of the region’s economy and that flexibility would be applied in reinvesting the principal payments due for assets purchased under the Pandemic Emergency Asset Purchase Program (PEPP). ) against rising inflation.

According to European media reports, ECB President Christine Lagarde, the new vehicle; You have said that you will intervene if the interest rates on the bonds of the debtor countries rise very rapidly or if the difference between the rates of the bonds of the economically weak and the strong countries increases rapidly.

While the Bank of England (BoE) raised the policy rate by 25 basis points to 1.25% in line with expectations, it has signaled that steps in upcoming meetings may be stronger.

On the other hand, energy supply problems, which is one of the main reasons for the rise in inflation, continue to weigh negatively on the region, emerging one after another.

The Russian energy company Gazprom said that some of the gas compressors sent to the German company Siemens for maintenance have not yet turned on and closed 4 valves. Therefore, the amount of natural gas delivered to Europe dropped from 167 million cubic meters to 67 million cubic meters. With these developments, natural gas contracts for July delivery in Europe increased 42% on a weekly basis to 117.7 euros.

The euro / dollar parity, which partially offset the losses of the first part of the week against the dollar with the steps of the ECB, ended the week at 1.0500 with a drop of 0.2 percent.

According to inflation data announced in the region during the week, the consumer price index (CPI) in Germany rose 7.9 percent year on year, in line with expectations.

Unemployment rose to 3.8 per cent in England, while industrial production lagged market expectations with an annual increase of 0.7 per cent.

On the Asian side, the Chinese equity market diverged positively this week, while the Bank of Japan (BoJ) kept the benchmark rate unchanged.

The BOJ kept the benchmark rate unchanged at minus 0.1%. The BoJ, which passed the resolution by 8 to 1 votes, announced that it will continue to purchase unlimited amounts of government bonds and 12 trillion yen per year of Exchange Traded Fund (ETF) and 180 billion yen per year of real estate investment funds. Japanese (J-REIT).

In the statement released by the bank, it was stated that attention should be paid to developments in financial and foreign exchange markets, and downside risks to inflation and economic uncertainties were cited as reasons for the BOJ’s continued supportive stance against its peers. , in the recent period in which central banks around the world have implemented aggressively restrictive monetary policies.

In China, Chinese equity markets have diverged positively from global equity markets, with predictions that the People’s Bank of China (PBoC) still has room to ease its monetary policy and that regulations for technology companies are drawing to a close.

According to macroeconomic data released in the region during the week, Japan’s major machinery orders rose 10.8% month-on-month, while industrial production in China increased 0.7% month-on-month in May, outperforming by by far the expectations. In China, the PBoC did not change the 1-year lending rate, while retail sales fell 6.7% year-on-year, above expectations.

With these developments, the Nikkei 225 Index depreciated by 6.69% in Japan, the Kospi Index in South Korea by 5.97% and the Hang Seng Index in Hong Kong by 3.35% on weekly basis, while the Shanghai composite index in China fell 0 percent 97 gains in value.

In the data calendar for the week starting June 20, Wednesday’s BOJ minutes and Thursday’s CPI data will be followed.

THE DOMESTIC EYES ARE IN THE CENTRAL BANK

As the Istanbul Stock Exchange’s BIST 100 Index declined in line with global equity markets, eyes have been on the Central Bank of the Republic of Turkey (CBRT) interest rate decision to be announced Thursday.

Analysts noted that technically, 2,550 points will be followed as resistance and 2,480 points as support in the BIST 100 index.