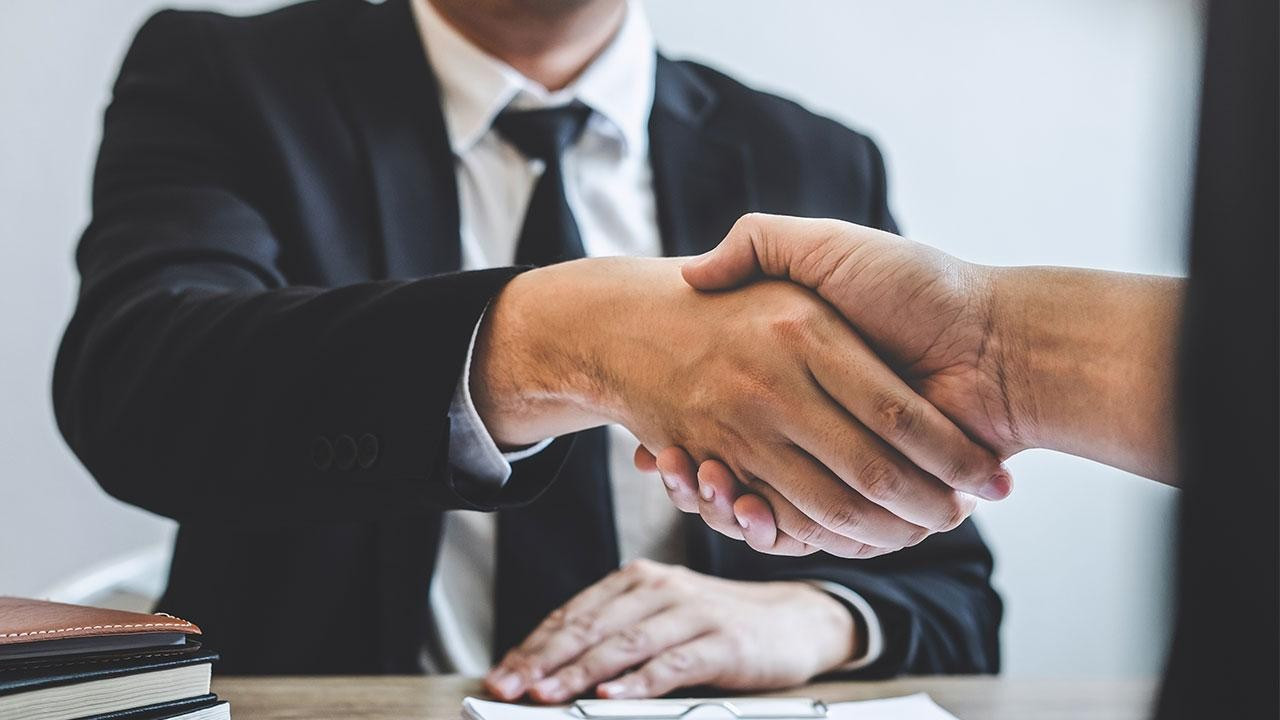 ManpowerGroup surveyed more than 40,000 employers in 40 countries and territories to measure employers’ hiring prospects in the third quarter of 2022. According to the ManpowerGroup Employment Outlook Survey, global hiring optimism has returned to unprecedented levels since the beginning of the pandemic. Employers in 36 out of 40 countries reported stronger hiring prospects on an annual basis. The Global Net Employment Outlook for the third quarter improved to 33%, up 18% from the same period last year and 4% from the previous quarter.

1,027 Turkish employers participated in the survey

1027 Turkish employers surveyed expect a strong hiring rate in the third quarter of 2022 with a net employment outlook of 13 points in our country.

According to the survey, employers’ employment expectations in the manufacturing sector are strong as local manufacturing and exports retain their importance in Turkey. On the other hand, due to the resumption of flights, the hotel and restaurant sector in Turkey is also strengthening, which has a positive impact especially on small tourism businesses.

The strongest and weakest sectors

While hiring managers in 9 out of 10 sectors in Turkey expects to increase the number of employees in the next quarter, NEO is down in 1 sector. The most competitive sector in Turkey is the wholesale and retail sector, whose employment prospects have increased by 12 percentage points since the second quarter of 2022 and by 28 percentage points since the third quarter of 2021, reaching 35 points. This score is the highest NEO score recorded in the wholesale and retail sector, measured since 2011. The NEO (Net Employment Outlook) scores across all sectors have been ranked as follows: banking, finance, insurance and real estate ( 8); Construction (17); Education, health, social and public assistance (13); IT, technology, telecommunications, communication and media (-3); Production (23); Primary production (7); Restaurants and hotels (9); Wholesale and retail trade (35); Other services (23); Other sector (32).

The strongest and weakest regions

While companies in 6 of Turkey’s 7 regions are expecting an increase in the number of employees in the next quarter, they are expecting a decrease in 1 region. The most competitive region of Turkey is the Black Sea region, which achieved 37 NEO points with an increase of 7 percentage points from the second quarter of 2022 and of 26 percentage points from the third quarter of 2021, while the least competitive region is the Eastern Anatolia, which companies expect -15 Net Outlook. The NEO scores of the regions are as follows:

Score by number of employees

Organizations of 4 different sizes in Turkey are planning to increase the number of employees in the next quarter. Employers in organizations with more than 250 employees are the most optimistic with 25 NEO scores, up 3 percentage points from the second quarter of 2022. The Net Employment Outlook (NEO) scores by company size were as follows: Less than 10 employees (16), 10 – 49 (10), 50 – 249 (6), 250+ (25)

One of the most important indicators

The Employment Overview Survey is considered the most comprehensive and forward-looking employment survey of its kind used as a key economic indicator globally. The Net Employment Outlook (NEO) is obtained by taking the percentage of employers expecting an increase in hiring activity and subtracting the percentage of employers expecting a decrease in hiring activity. The methodology used to collect employment outlook data has been digitized to cover 40 markets for the 3Q 2022 report. Where respondents have been contacted by phone in previous quarters, the data is now being collected online. Participants were encouraged to complete the survey as dual-participant online panel members. The question asked and the respondent’s profile remained unchanged. The organization and size of the sector are standardized in all countries to allow for international comparisons. 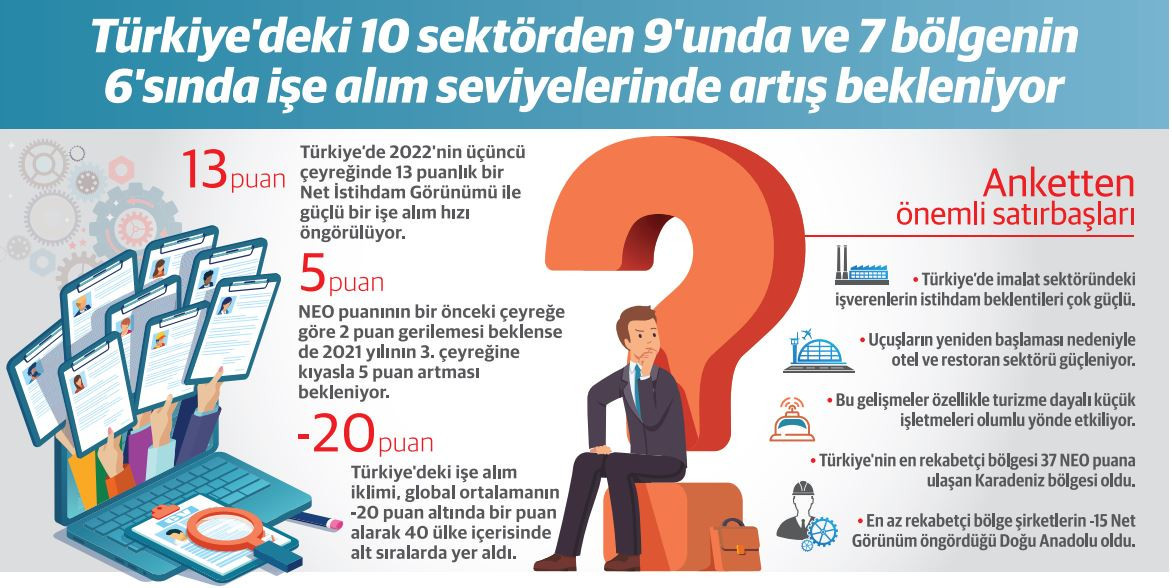 Feyza Narlı, General Manager of ManpowerGroup Turkey, expressed the following assessment of the survey: “While it is encouraging to see employers’ employment expectations in Turkey are positive, employers are still struggling with wage inflation. We observe that another important point on our employers’ agenda is to promote and work on employees who want to change jobs to improve their lifestyle. On the ground, we continue to see the war in Ukraine starting to affect the supply chain and create more uncertainty in the economic outlook. However, we expect the tourist season, which opened with the resumption of airline flights, to have a positive impact on the economy and thus on employment. Indeed, our research shows that employers’ hiring intentions in the hotel and restaurant sector are quite positive. The sector with the greatest increase compared to the previous quarter is that of catering and hotels, with a variation of 14 points. The quarterly increase in hiring prospects in this sector is 11 points higher than the quarterly growth average of 40 countries and ranks 10th globally. “