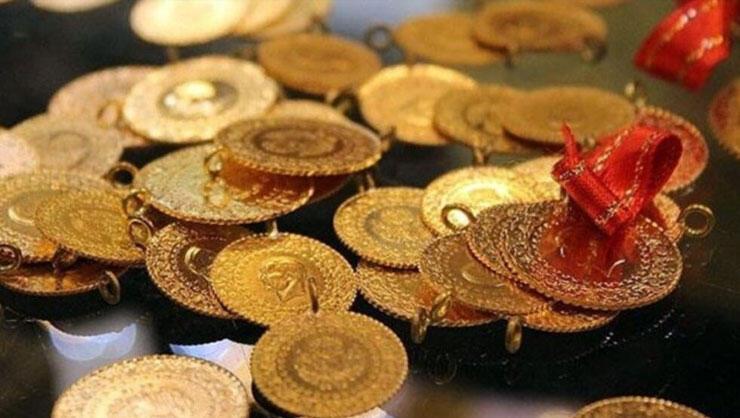 Strong movements in gold prices continue to be noted. The ounce of gold fell over 4% in 2 days and saw a 9-month bottom. So why does gold in gram rise while gold in ounce tends to fall? Here are the details…

As developments in the financial markets continue to be the focus of investors, falling commodity prices are attracting attention. While the price of Brent oil is under $ 100, one wonders why the ounce has fallen sharply.

After starting the week above the critical $ 1800 threshold, the ounce gold saw a sharp decline on Tuesday and Wednesday. The ounce of gold, which fell the other day to $ 1732, was the lowest in 9 months. Below the ounce, the depreciation over the past two days has exceeded 4%.

On the other hand, the eyes and ears of gold investors were on the minutes of the US Federal Reserve (Fed) meeting, which was released the other day. In the minutes of the latest Federal Open Market Committee (FOMC) meeting, it was stated that a more restrictive stance might be possible if strong inflationary pressures persist.

The Fed CAN KEEP INTERESTS HIGH FOR A LONG TIME

While Fed officials expressed the view that the policy rate could have increased by 50 or 75 basis points at the July meeting, they agreed that the interest rate could continue to rise for a long time to prevent high inflation from falling. stabilize.

WHY IS ONS GOLD FALLING?

The extremely accommodative implementation of monetary policy by global central banks to support their economies during the period of the pandemic was the main reason for the rise in inflation. While struggling with inflation, all economies on a global scale have turned to tight monetary policy.

While the US Federal Reserve (Fed) began raising interest rates in March, central banks in other countries began following the Fed. In its latest meeting, the Fed raised interest rates by 75 basis points. the strongest rate hike in 28 years. Despite this, inflation in the US is still at a record high.

HOW MUCH IS THE PRICE OF ONS GOLD TODAY?

The dollar index rose above the 107 level the other day, reaching a 20-year high. Nationally, the appreciation of the dollar rate raises the price of the gram of gold. Although there is a regression below the ounce, the dollar / TL rise prevents the gold gram from falling.

HOW MUCH GOLD GOLD? WHAT IS THE LAST SITUATION UNDER GRAM?

Starting today at 963 lire, the gold gram is trading at 968 lire with an increase in the following minutes. By gram, the lowest level was 960 lire and the maximum of 969 lire during the day.